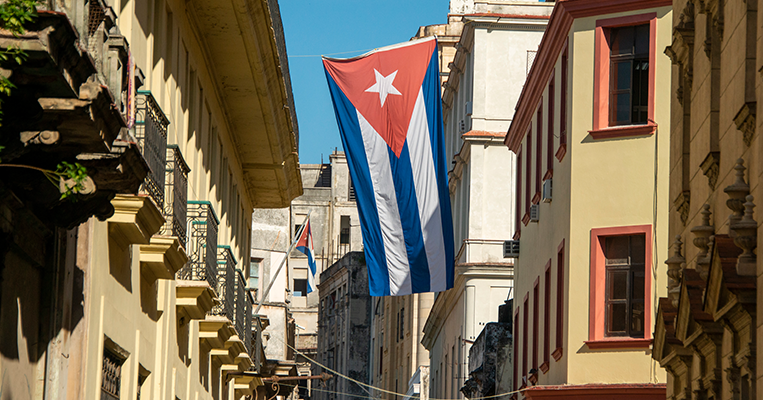 It took five days, but the White House has apparently had enough time to consider the question and agrees that yes, communism is a failed system. Even that admission was like pulling teeth from this president, who's been surprisingly muted in his response to the Cuban protests. But even his slow reaction was better than the outrageous responses from others on America's Left, who've decided the real villain in this crisis isn't the brutal regime -- but America!

Black Lives Matter, which is finally ending this ruse that they're anything but Marxist radicals, released a blistering statement blaming the United States for every cruel and inhumane thing that's happened to the Cubans over the last 62 years of oppressive rule. "Since 1962," the group claims, "the United States has forced pain and suffering on the people of Cuba by cutting off food, medicine, and supplies costing the tiny island nation an estimated $130 billion." In their long missive, they accused America of causing instability, called the embargo "absurdly cruel" and said that our foreign policy in the region is essentially "worse than embarrassing." Naturally, they never thought to point the finger at the real culprit of Cuba's misery: communism.

It's the totalitarian stranglehold that's forced people to live without adequate food, medicine, humanitarian aid, information, and most importantly, freedom. And yet, leaders of Black Lives Matter, from their luxury mansions in the U.S., blast the prosperity and open environment they enjoy -- and Cubans long for. "Rest in power, Fidel Castro," the group tweeted, while thousands of Cubans were spilling out into the streets waving American flags. Look, Senator Marco Rubio (R-Fla.) said, if these people love communism so much, "My office stands ready to help the leaders of the Black Lives Matter organization emigrate to Cuba." Senators like Josh Hawley (R-Mo.), Ted Cruz (R-Texas), Marsha Blackburn (R-Tenn.), and Tom Cotton (R-Ark.) wasted no time calling the group on the carpet. "Shameful," Cruz fumed. "As millions of Cubans risk their lives to rise up for freedom, BLM stands with... the communist dictatorship."

Democrats, completely undeterred by the election lessons of 2020 -- when Cuban-Americans flocked to the GOP in Florida races, especially -- cozied right up to BLM's messaging. Rep. Alexandria Ocasio-Cortez (D-N.Y.) didn't even try to hide her anti-American disgust, echoing the ridiculous refrain that the U.S. has somehow locked these people into the desperate situation they're in. "We must also name the U.S. contribution to Cuban suffering," she insisted, calling for Biden to lift the embargo. Others, like MSNBC's Andrea Mitchell and CBS News can't seem to break their years-long habit of blaming everything on Donald Trump -- sounding more like Cuba's Miguel Díaz-Canel than American journalists.

Meanwhile, 90 miles away from our shores, the Cuban regime did seem to give a little, easing the internet blackout slightly and giving the green light for travelers to bring food, medicine, and hygiene necessities into the country. That's small consolation for the country, who still can't account for hundreds of protestors who've gone missing since the massive demonstrations started. As many as 5,000 others have been arrested -- including 120 reporters. Still, the Cubans are not sorry. "So much hunger ate away at our fear," one woman said. Left without food, jobs, water, and power, it didn't matter how dangerous it was to protest. The situation, made even more explosive by 62 long years of oppression, was a powder keg. "Once people lose their fear," NRO's Jay Nordlinger pointed out, "a dictatorship is in trouble. It is the dictatorship, then, that has to fear."

But even in that uncertainty, there are lessons to be learned. And the first, Rubio argues, is that Marxism and socialism don't work. It divides the people, pits them against each other, and then moves in to oppress. "Socialism and Marxism have done in Cuba what it has done everywhere in the world that it's been tried. It has failed. They gave up their freedom, or they were told, 'Give up your freedom in exchange for a world-class health care system.' It's not a world-class health care system. In fact, it's a health care system that does not even have the ability to deal with COVID at its very basic level." Then the Cuban government said, "Give up your freedom for economic security." "What economic security?" Rubio wanted to know. "People are hungry; homes are crumbling. There is no economy."

So what can we do? As a nation, Rubio urges, we need to be clear about whose side we're on: the people's. "We don't just condemn this tyranny, we condemn this communism, this Marxist, this socialist tyranny. Call it for what it is." We also need to make it clear that our policy isn't going to change, including the sanctions. "I hope the Biden administration will now announce they have finished their review of Cuba policy and everything that's in place will stay in place." It's also time for the international community to engage. "They should speak out clearly that what's happening there is wrong, that repression is wrong."

And finally, and most importantly, we need to pray. Cuba is an hour away from America, and yet people are living in conditions that are worlds away from the freedom and prosperity we enjoy. "We have hope that we can have justice. We have hope that the U.S. will intervene so that our people can finally be free," one of the protestors said. But right now, Orlando Gutierrez-Boronat admitted, "Prayer is our only armor." Join FRC in lifting up Cuba -- and all of the nations of the world who are hungering for liberty, opportunity, and safety for their families. 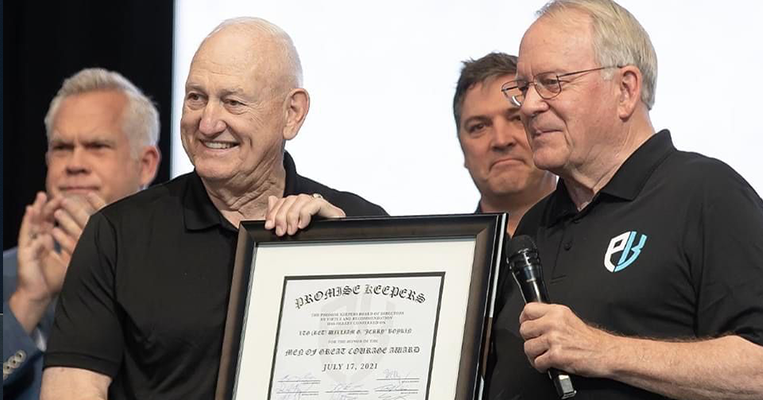 'That Stadium Became a Sanctuary'
NEXT 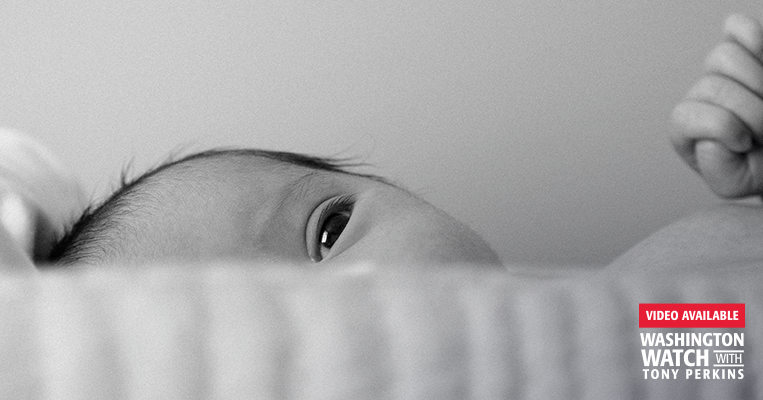