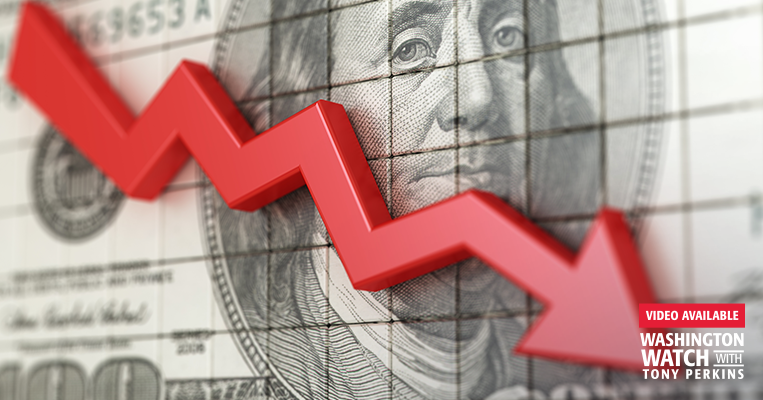 It's been awhile since Joe Biden took math, and this week he proved he could use a refresher. During what was supposed to be a benchmark speech on the economy, the president left plenty of people scratching their heads with his Bidenomics. To stop inflation, he argued, you have to spend more. A lot more. As in, trillions of dollars more. Propping up his bloated infrastructure and family bills, the president insisted that if we pile on another $4.7 trillion in debt, "it'll take the pressure off of inflation." Nice try, but 71 percent of the country isn't buying it.

Neither is former Treasury Secretary (and Democrat) Larry Summers, who warns that inflation is only getting worse under a party with no restraint. This kind of spending -- the highest level in American history -- creates huge "inflationary pressures," he warns -- the kind "we haven't seen in a generation." Of course, the White House wants everyone to believe the problems are fleeting -- that the pain at the pump, the grocery, and the lumber yard are temporary. But that's tough to swallow for everyday Americans who are dropping 13.7 percent more on home appliances, 8.6 percent more on furniture, and 24.6 percent more on plane tickets.

"We've seen some price increases," Biden admitted, but if you're concerned about those or inflation, he says, "you should be even more enthusiastic about this plan." Most of us aren't economics professors, but fortunately Dr. Dave Brat, Dean of Liberty University School of Business is, and he joined "Washington Watch" Tuesday to sift through the president's spin.

"The economy," he explained, "if it's too hot, you get inflation. If it's too cold, you get a recession. So right now, we're too high -- not because the economy's too hot, but because the federal government has spent about $10 trillion dollars since I was in Congress a few years back." Combine that with another several trillion dollars in printed money, and you've got prices and inflation going through the roof! "This is just standard economics."

Like most Democrats, Biden cares more about his politics than the principles that make America solvent. And his politics -- like most of the Left's -- require the government injecting itself into everything. It's the slow fade to socialism his party is openly lobbying for. "When the government takes over 20 percent health care and then another 20 percent of education, and another 20 percent of this," Brat points out, "that's 60 percent of the population that the government's controlling. And everybody depends on a government check instead of on their own initiative and their own genius and their own intuition -- and all gifts God gives you at birth uniquely to you to achieve your personal best for building the kingdom of God. And so that's what's at stake, right? Your basic freedom to determine your future."

Republicans, sensing exactly where these massive proposals would take us, have been pulling out all the stops to fight any plan that would put America in an economic tailspin. Senator Joni Ernst (R-Iowa) gave a speech on the Senate floor last week using game shows to try to get her point across. Propping up a sign that read "The Price Is Up" and then spinning a "Wheel of Inflation," Ernst is hoping to grab people's attention. "It is going to be an issue with the midterms," Rep. Tom Emmer (R-Minn.) argued, "because it's not going to end. They are continuing to flood the economy with more cash."

As the Wall Street Journal editors put it: "Someone in the White House must think inflation is a growing political problem because Mr. Biden spent most of his time on the subject explaining why it's no problem at all." But at the end of the day, "Telling people not to believe what they see with their own eyes is rarely a good political strategy." 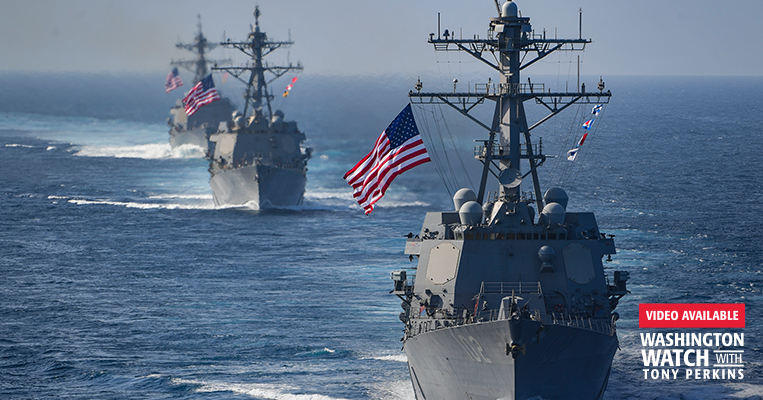 Mischief Afloat in the Red, White, and Navy
NEXT 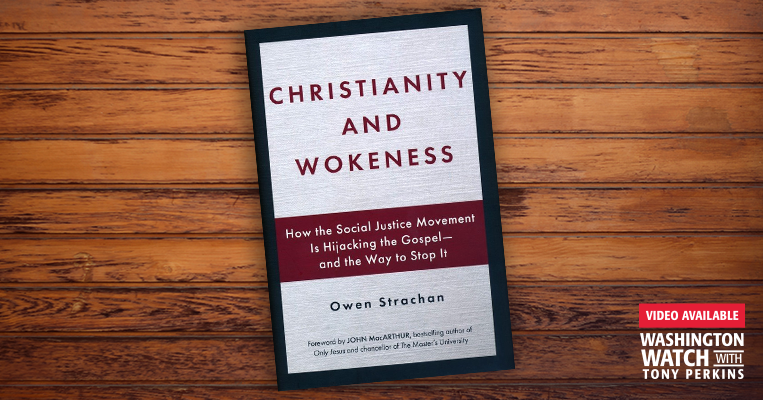 How "Woke" Culture Is Anti-Biblical