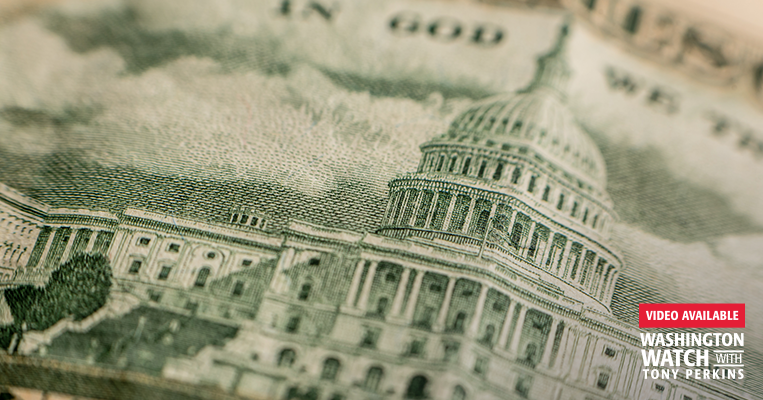 When ESPN asked followers what "isn't an Olympic sport but feels like an Olympic sport," Senator Mark Warner (D-Va.) half-joked: "trying to negotiate a bipartisan infrastructure deal." Except in this case, the two sides are wrestling without anything to show for it. Five weeks after prematurely announcing a deal, the two sides seem farther apart than ever.

A few hours after the bipartisan team broke for the night, the rumors had already hit the wire: the working group was starting to fall apart. "Bleak" was how the New York Times characterized the compromise's chances. "Painful," was Senator Susan Collins's (R-Maine) assessment. As talks reached their "darkest phase" (Politico's phrase), the two sides started publicly feuding over disputes that were supposedly resolved. "In limbo" was how Senator Lindsey Graham (R-S.C.) put it on "Washington Watch." Yes, he said, "Ugly roads and bridges need a facelift [but] I don't think we need a $3.5 trillion dollar bill [on top of the $1 trillion dollar deal the two sides are negotiating]. What they're proposing [to follow this bill] is not infrastructure. What Nancy Pelosi is talking about is a liberal wish list... I would walk out before I would let that thing pass."

Worse, Graham shook his head, Democrats "are talking about putting amnesty in it, which would blow a bigger hole in the border." The two sides were supposed to be hashing out an overhaul of real infrastructure with about $559 billion dollars of new spending. Everything else would have been redirected from COVID funding. Now, in the eleventh hour, Graham fumes, "Democrats want to change it." Call me crazy, he said, but "I think we need an infrastructure package that's truly infrastructure. I want it to be paid for." But when it comes to the $3.5 trillion dollar bill that the House's radicals want on top of that (which experts say is more like $5 trillion dollars), "I would fight that as hard as I could fight it."

For now, though, the clock is ticking. Monday, the deadline Senate Majority Leader Chuck Schumer (D-N.Y.) set for a deal on the smaller infrastructure package, has come and gone. With the August recess just around the corner, the Democratic leader is done being patient. "It's time for everyone to get to yes," he threatened on the Senate floor. But even if they do, conservatives argue, Speaker Nancy Pelosi (D-Calif.) has already said she won't put the Senate bill on the floor until her hugely controversial $3.5 trillion-dollar socialist grab bag gets a vote. But, as Graham points out, even that's a modest estimate.

"It's on top of what we spend to run the government. [Pelosi, Biden, and Bernie Sanders want] social programs that will never go away." They call it "human infrastructure." "But I've never driven on human infrastructure," Graham joked. And the reality is, "It's not $3.5 trillion dollars. All of these programs... once they're up and running will be hard to get rid of." Just take a look at what the president is demanding after the Senate comes to an infrastructure arrangement, he said. Things like "paid family leave," which would be a government mandate. "That's going to be a cost to the Treasury. And at the end of the day, that's not going to create a job. What it's going to do is create cost to business. So if you own a business out there, you're going to have to pay paid family leave. That becomes an expense of your business. You're going to pass that cost on to the consumer, and it's going to create inflation."

More inflation, to be accurate. Americans are already struggling to keep up with the skyrocketing prices for everything from grocery to gas. The Democrats' bigger, second-wave bill, banking experts say, would be a financial disaster. "Experts far more experienced than me say that if we floor the zone with this $3 trillion dollars in spending, it's not going to end well," Republican Thom Tillis (R-N.C.) warned.

And where would all of this money come from, anyway? "It's coming from debt that will be borrowed," Graham explained. "They're going to say they'll pay for it, but here's what's going to happen: They're going to try to pay for it, and the first thing they're going to do is raise corporate taxes to whatever level that [West Virginia Senator] Joe Manchin (D) will agree to." But that won't be enough, "so they're going to have to raise the capital gains rate. [Then, they'll] have to change the estate tax deductions for family farmers." Last but not least, "there's going to be a massive increase in taxes to pay for this bill... at a time when the economy is trying to recover."

It's hardly a winning campaign strategy. "I think what [Pelosi] is telling the American people is: 'My liberal wish list is more important [than the country's financial solvency].'" A real bipartisan bill that was truly infrastructure would create energy in the economy, because you're building things and adding jobs. But if Democrats refuse to do that and take up this "tax-and-spend package," Graham argues, "I think [Republicans] will blow them out in 2022." The public may be ready to upgrade our roads and bridges, but they're "very leery of inflation." And this $3.5 trillion dollar blowout is nothing but.

The Left is "sucking wind on the border," Graham says. "It's completely broken. Crime is rampant, and inflation is just spiraling out of control because of all the spending. If you add on top of that, stopping progress on true infrastructure because you want more spending and taxes, that becomes a death blow to the Democratic Party in 2022." But so far, that's a risk the greedy Left seems willing to take. Will it be worth it? We'll find out next November. 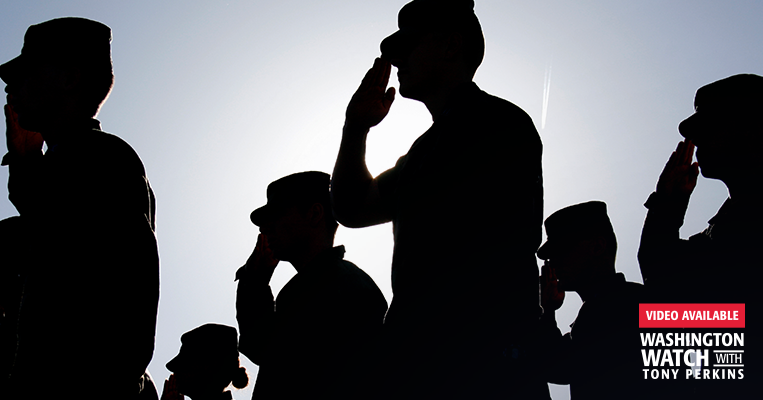 Let's not Force America's Daughters to Register for the Draft
NEXT 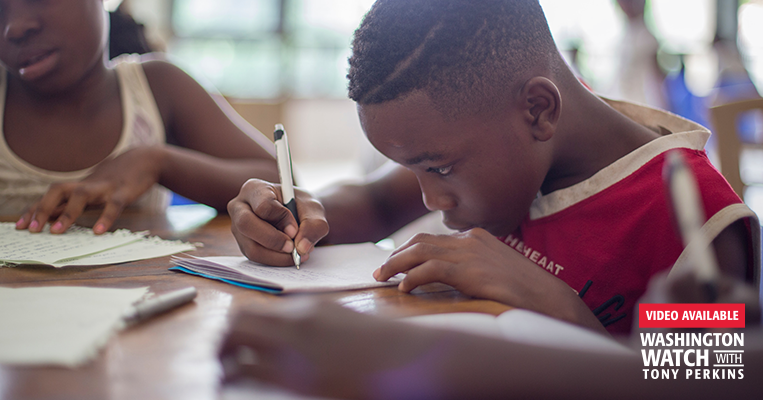