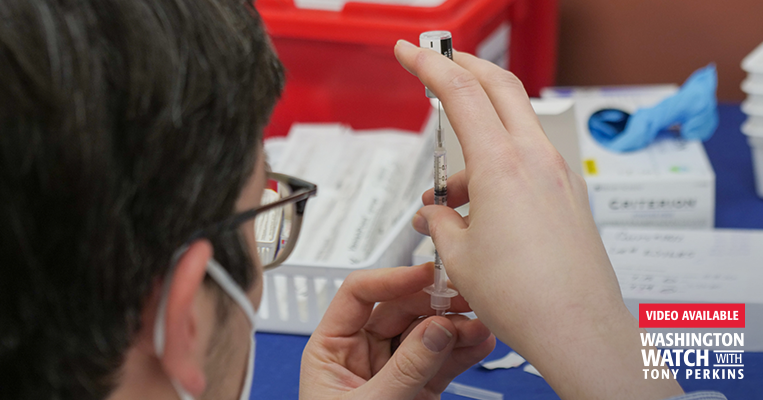 If Joe Biden thought his vaccine mandate would send Americans racing for the nearest CVS -- boy, was he wrong. People who were hesitant to roll up their sleeves before are outright adamant about it now, thanks to the heavy hand of government. Intimidation won't increase vaccinations, doctors are warning. But it will increase lawsuits -- and Arizona's is just the beginning.

Just when you thought the White House might have maxed out on bad decision-making, the president's outrageous vaccine mandate (which was no doubt meant to distract from his outrageous Afghanistan exit, his outrageous border crisis, his outrageous inflation problem, and his outrageous tax plan) hasn't just turned the public against the shots, but Biden himself. If the administration hoped its COVID overreach would turn Americans into vaccine believers, they'll be disappointed to know that polling is headed in the exact opposite direction.

A majority of states, already furious with the slew of radical policies being pumped out of Washington, erupted. "The federal government cannot force people to get the COVID vaccine," Arizona Attorney General Mark Brnovich insisted. "Under our Constitution, the president is not a king who can exercise this sort of unbridled power unilaterally." He may say he can push governors "out of the way," but that's not how our system works.

And Brnovich aims to prove that in a 14-page lawsuit in federal court. On "Washington Watch," he said it all comes back to this foundational point: "Our rights come from God, not from the government. And [yet]... the Biden administration has this idea, this old progressive notion, that they know what's best for everybody." But it's time to look at what the Constitution says, he argued. And nowhere in that guiding document can the president "force anyone to inject anything into their body. It's as simple as that. The Ninth Amendment, the Tenth Amendment, prohibit that president from doing it..."

Of course, the great irony, Brnovich pointed out, is that even if Biden had that authority, it's a violation of the equal protection clause, because he's not forcing illegal immigrants to get vaccinated. "But if you're a federal employee, if you're a marshal, a Border Patrol agent, wherever you work, you have to get it. And we think that not only violates the equal protection clause, but it's just fundamentally wrong."

Like most people, the Arizona law enforcer took issue with even how the president framed the mandate. "I think that was one of the worst speeches by a president in the history of this country," Brnovich said of Biden's disrespectful, paternalistic lecture. "[He's] acting like a Third World dictator... And I think the reason why so many people are so worried about this is that not only is it a massive concentration of power in Washington, D.C., but if we let Joe Biden get away with this, then in the future, what's to stop any president from basically telling you what you can and can't do with your own personal health care decisions?" Liberal elites did not create our fundamental rights, he warned, and so it's incumbent on the states -- for the sake of our liberties -- to fight back.

At the end of the day, he insisted, this isn't an issue between Right versus Left. It's an issue of right versus wrong and the dignity of every human being. That's why so many leaders are getting their battle plans together: our most basic freedom is at stake. "This is just the first torpedo in the water," Brnovich promised. "There will be more." 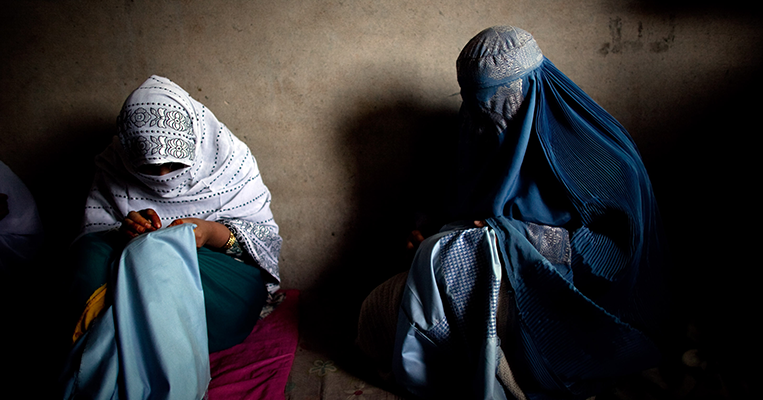 Deep in Hiding, Afghan Christians Cling to Faith
NEXT 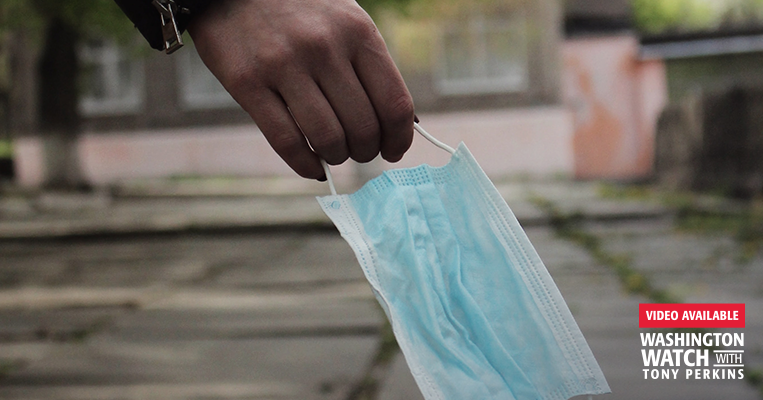 Shed a Fear over Division