People say it’s hard to find consensus in Washington, but Democrats have found plenty on one issue: abortion. At least in the House, the idea of middle ground has vanished. When it comes to the taking of innocent life, the battlelines are clear: Republicans are 100-percent opposed, and all but one Democrat is in favor.

With all that’s going on in the world, you’d think Speaker Nancy Pelosi (D-Calif.) would have better things to do than reignite a vicious debate over late-term abortion. But with very little for the Democratic Party to agree on these days, the California radical decided it was time to bring everyone back together with a vote on her disingenuously named "Women’s Health Protection Act" -- a bill so radical that it would wipe away every state restriction on abortion and legalize it right up to the moment of birth.

No one thought an abortion law more barbaric than New York’s was possible, but Joe Biden’s party is bent on proving them wrong. In an astonishing move, House Democrats made history Friday morning by passing a bill that allows any kind of abortion, at any time, for any reason. Gone would be the states’ partial-birth abortion bans, protections for newborn survivors, conscience rights, ultrasound requirements, parental consent, and so much more. If the Senate were to follow suit, everything the pro-life community has worked for over the last 50 years would evaporate. It is, as Rep. Mary Miller (R-Ill.) said with horror, "completely radical and evil."

When the speaker defended the legislation, saying God gives people "free will to honor our responsibilities," the Archbishop of San Francisco, Salvatore Cordileone, fired back that it was "nothing short of child sacrifice." Republicans agreed, offering speech after passionate speech in opposition on the House floor. "Quite frankly," an emotional Rep. Jody Hice (R-Ga.) said, "the Democrats don’t care if the unborn child has a fully developed heart. They don’t care if it has arms or lungs or fingers or toes. They don’t care if it feels pain. They want abortion -- period -- and they want to finance it with your tax dollars."

It is, without a doubt, the fiercest attack on the unborn since Roe was decided, Rep. Tom Cole (R-Okla.) warned. And obviously, with the Supreme Court set to take up the groundbreaking case on Mississippi’s abortion law, there’s a reason for that. When Democrats started pushing this bill to make abortion-on-demand permanent, they weren’t just pursuing wildly unpopular legislation, they were exposing the fact that abortion was never law to begin with. Instead, it was a Supreme Court invention that has unjustly claimed the lives of more than 60 million children. And what Mississippi has said -- and we hope the justices uphold -- is that abortion should be an issue the people and their state leaders decide. Not the courts.

And yet, as unified as House Democrats may be on abortion, the country is anything but. According to a Harvard Center for American Studies poll, only eight percent of the country sides with Pelosi on third-trimester abortion. Any far-Left leaders who think this barbaric crusade is a winning strategy are kidding themselves. Even two out of every three "pro-choicers" are appalled at the idea of destroying a baby in the womb after the fifth month. "They are overriding the will of the people," Miller shook her head. "They are crushing the rights and freedoms that states have to implement their own laws in this area."

If there is a bright side to Friday’s vote, it’s that Republicans are just as determined to protect life as Democrats are to destroy it. And that’s significant. Prior to 2018, there were still a number of pro-abortion Republicans. That’s not the case anymore. If they support it, they certainly aren’t open about it -- and that’s the result of a lot of Christians being involved and voting. If the debate has elevated to the highest legislative and judicial levels, Miller said, it’s because of the good work "being done by what I call the grounds troops -- the people who are working to inform Americans about the truth of this... and the Left is afraid because they know we’re winning -- and we’re not going to give up."

There is no doubt in my mind that we are at this point before the Supreme Court because of the decades of prayer, of repentance, and of the practical work of people walking alongside those who find themselves in unplanned pregnancies. There have been times, Mary agreed, where our country has admitted we were wrong and changed course. And while the Democratic Party seems to be more determined than ever to destroy human life, we have to "keep speaking truth into this issue." It’s time to fear God, she said. "The scriptures say that mercy has triumphed over judgment, but we need to enter into that mercy and to repent and turn away from this grave national sin."

For more on the Democrats’ obsession with the culture of death, check out Connor Semelsberger’s new piece, "Pelosi and Biden Give Human Life a One-Two Punch." 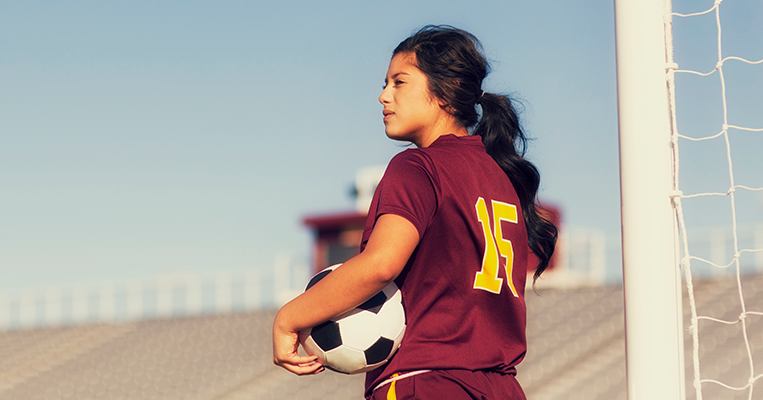 Do Female Athletes Need Abortion to Succeed?
NEXT 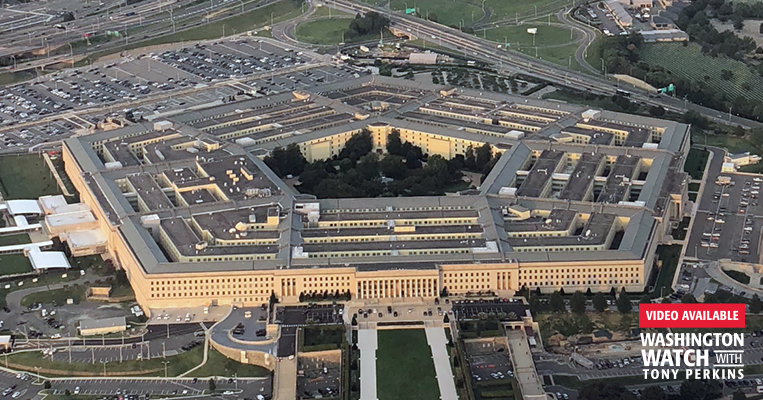 Women Feel Draft through the House