Biden's Department of Injustice and Intimidation 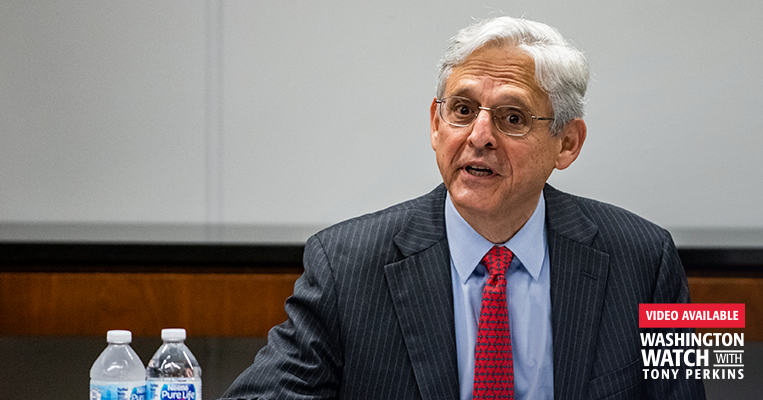 The Loudoun County School Board may be in the market for a new superintendent, thanks to a bombshell memo about the district's cover-up. According to emails, not only did Scott Ziegler know about the sexual assault by a boy in a girls' restroom, he alerted the board to it that same day -- which, for people keeping track, was three weeks before he publicly told parents there'd been "no incidents" related to gender neutral bathrooms. The revelation, which only confirmed most locals' suspicions, has Loudoun's leadership in a swirling mess of their own making.

"This afternoon," Ziegler wrote the day of the incident, "a female student alleged that a male sexually assaulted her in the restroom." (A hospital rape kit later confirmed the "allegation.") Ziegler spent the rest of the message talking about the disruption caused by the girl's father, Scott Smith, noting that "the school's counseling team is providing services for students who witnessed the parent's behavior." Because apparently, seeing an angry dad is more traumatizing to students than knowing they aren't safe in their own restroom!

The superintendent's memo is just the latest chapter in a drama that now reaches all the way to the White House. On Thursday, U.S. Attorney General Merrick Garland took his own turn in the hot seat at the House Judiciary Committee, delivering what Rep. Mike Johnson (R-La.) called the most "ill-prepared" remarks he'd heard in 20 years. "It's very surprising... He [offered nothing but] simple talking points over and over and in response to [a] very serious series of questions..." Squeezed by both sides, Garland seemed completely oblivious to what has been headline news for weeks. Asked about the Loudoun County situation -- one of the incidents that prompted the DOJ to unleash the FBI on local parents, Garland feigned ignorance. "It sounds like a state case, and I am not familiar with it, I'm sorry," the attorney general responded.

At that, Rep. Chip Roy (R-Texas) pounced, reminding the country's top law enforcer that the Loudoun County incident was one way his agency had justified their local crackdown. "This arrest of a 48-year-old plumber, [Scott Smith], became the poster boy for the new 'domestic terrorism' the Biden administration... has concocted to destroy anyone who gets in the way."

A few hours later, on "Washington Watch," Roy's frustration bubbled over. "You inserted the Department of Justice into state and local activities, and then you try to claim that you don't know the facts of the very underlying state and local activity upon which you base your determination to engage it. It defies any kind of common sense, and I think now we see why it's a good thing that Mr. Garland is not on the United States Supreme Court."

If Garland didn't know about Smith and his daughter, he was the only one. New emails, obtained by a parents' group FOIA request, show that the White House had been colluding with the National School Board Association for "weeks" on the letter that helped rationalize the DOJ's local overreach. The Washington Free Beacon broke the story late Thursday that Joe Biden's team had indeed been conspiring behind closed doors with the activist group. While members of the NSBA's own board weren't consulted about the letter (which, as some complained, used "extreme" language and called for action beyond "what many of us would consider reasonable"), others from the NSBA had been "in talks" for "several weeks with White House staff."

Suddenly, the speed-of-light response by Garland's team started to make sense. If it was the White House's idea to use the NSBA as an excuse to act, it's no wonder they moved so quickly. Rep. Jim Jordan (R-Ohio) couldn't help but point out the fact, explaining that no other complaint gets this kind of rapid response. "Republicans on this committee have sent the Attorney General 13 letters in the last six months," he said. "Eight of the letters, we've got[ten] nothing..." But when a Left-wing activist group tells the White House to jump, Biden asks how high. "If that's not political, I don't know what is," Jordan said angrily. "Where [are the] the dedicated lines of communication with local leaders regarding our southern border?"

Johnson threatened to get authorities involved. "Your memo appears to have been motivated by politics more than any pressing federal law enforcement need, and that is concerning to us. [It's also] worthy of an investigation," he said before pointing to the possible conflict of interest with his son-in-law's stake in the radical curriculum America's parents are protesting. "Remember, he's the chief law enforcement officer in our entire federal system. He's supposed to always jealously guard his character [and] the appearance of propriety. And now," Johnson argued on "Washington Watch," "people are questioning [his impartiality] that he's using the full weight of that heavy office to bear down on parents for merely exercising their free exercise rights. But, more importantly, it appears that his own daughter and son-in-law have a direct financial interest in stopping those parent protests."

Garland, meanwhile, tried to diffuse the outrage, claiming that the FBI wouldn't follow through with its threat to open a "snitch line on parents" as Rep. Jim Jordan (R-Ohio) called it. "I think parental involvement is very important in education," the weary AG tried to claim. That didn't appease conservatives, who have watched Biden turn his vast powers against political opponents of all stripes. "The old fashioned word for it is corruption," John Daniel Davidson wrote in the Federalist. "Corruption of our institutions, the rule of law, the administration of justice, the separation of powers."

At the end of the day, the Left's agenda is obvious. They don't want anyone interfering in the nationwide indoctrination camp they've been running for years in the public schools. But, as Roy pointed out, parents are on to them. They've awakened "to what's been happening with critical race theory, with this transgender nonsense. And the American people aren't having it." They're ready to hold everyone accountable -- starting this November in Virginia and rolling straight into 2022. 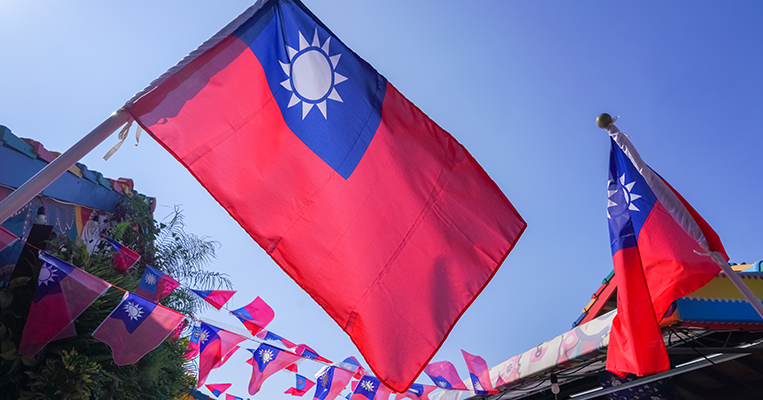 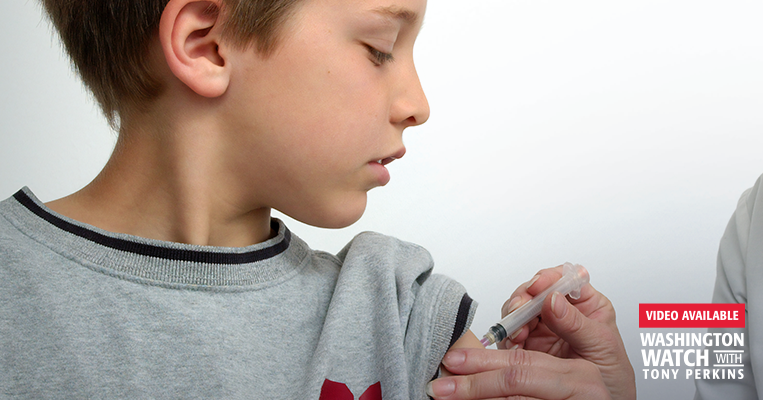 Giving Shots in the Dark