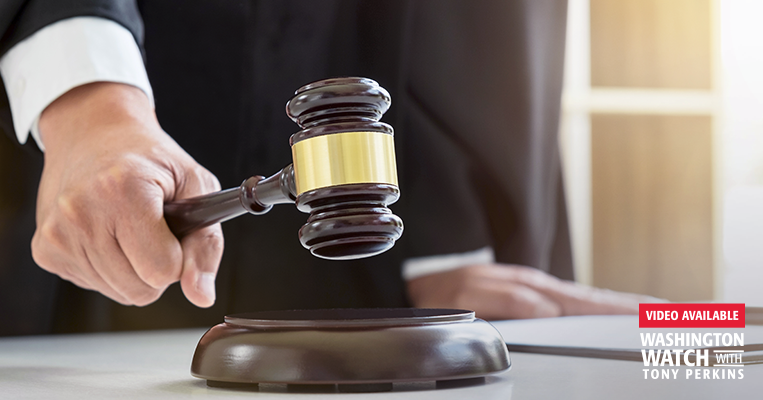 If the states manage to stop the president's vaccine mandate, they can thank Senator Mitch McConnell (R-Ky.). Together with Donald Trump, no one worked harder to fill the courts with constitutionally-minded men and women than the man heading up the Senate's minority party. Without those four years of record-breaking judicial confirmations, a lot of the checks on Joe Biden's power we're seeing today wouldn't be possible. Historians may have different takes on the 45th president one day, but one thing they can't deny is this: he brought balance back to the courts -- and our country is safer for it.

Ten years ago, conservatives would have never been looking to the courts for relief from government overreach. They were jam-packed with liberal activists who spent every waking hour undermining the plain text of the law. But it's moments like this, Senator Steve Daines (R-Mont.) pointed out, where the Trump legacy pays off. "We predicted when President Trump was in office how important it would be to have good judges on the bench. And one of [his] greatest accomplishments was working with the Republican Senate to put these circuit court judges on the bench." These are lifetime appointments, he reminded everyone, and look at what they've accomplished.

It was two Trump judges and a Reagan appointment who put the brakes on the vaccine mandate late last week. "We always worry that the other side [has] control of Washington, D.C.," Daines said. "How do we stop their tyranny? Through the courts. And thank God for these good judges that we have [now] across many of our circuit courts."

Because of them, conservatives cheered, Biden's Department of Labor is actually putting the private employer mandate on ice -- for now. In a statement from the agency overseeing the rule, the Occupational Safety and Health Administration (OSHA), indicated they're backing off. "The court ordered that OSHA 'take no steps to implement or enforce the [mandate] until further court order'... OSHA is complying with the Fifth Circuit's stay." That means businesses, who've been staring down tens of thousands of dollars in fines, can breathe a temporary sigh of relief.

In the meantime, Senate Republicans are coming at the mandate -- guns blazing. Using a weapon called the Congressional Review Act, which gives members some veto power over certain agency rules, the GOP is trying to get a simple majority in both chambers to sign onto a joint resolution of disapproval. If they do, they can send the issue back to Joe Biden's desk -- where he could decide to either overturn the mandate, or keep the rule and sentence his party to political suicide. "I'll tell you what," Daines marveled on "Washington Watch," "to get all 50 of us on the same page is a great accomplishment... [W]e're trying to help these small businesses keep their doors open, allowing people to get back to work." And frankly, he said, "I hear more about this vaccine mandate at the moment than any other issue." And no wonder. "It's unconstitutional. It's unlawful."

Like most Republicans, he's hoping there's "one brave Democrat... who's listening to the people they serve back home." And the clock is ticking. Under the Congressional Review Act, the senators have 20 days to get something done. "We have to get this done before the mandate is in place," Daines urged.

For now, the Senate has more than enough on its hands with the National Defense Authorization Act (NDAA). Democrats are in for a major fight over their woke new language for the military -- including the Left's bright idea of sending your daughters to war against their will. Women in the draft is just part of the duffle bag of radicalism Democrats want to force on our country, but, as Rep. Chip Roy (R-Texas) argued, it's by far the most egregious. The idea that the government would "mandate that my daughter -- and everyone else's daughter -- sign up to possibly be deployed to a war-zone foxhole in a future American conflict" enrages the congressman, who's vowed to withhold his vote from any Republican running for a position if they side with Democrats.

In a powerful op-ed, Roy makes the point FRC's own Lt. General (Ret.) Jerry Boykin keeps repeating. "This is not a question of whether women can serve in the military. Thousands of women serve admirably in the United States Armed Forces, and we are all thankful for their service and their sacrifice. The question is whether we, as a country, will force the possibility of the horrors and strains of combat upon our wives, our sisters and our daughters..."

A group of at least six Senate Republicans -- Josh Hawley (Mo.), James Lankford (Okla.), Mike Lee (Utah), Marco Rubio (Fla.), Steve Daines (Mont.), and Roger Wicker (Miss.) -- are frantically trying to hold the line with their own resolution. But unfortunately, a lot of their GOP colleagues are getting bad advice. "Some Republicans have told me that they will vote for a female draft because the GOP will supposedly abolish either this provision, or the draft altogether, when we take power again. Well, okay," Roy argues, "then do it now. But of course they won't. And if we had a dollar for every time we were going to 'fix' something 'later,' we would have settled the national debt by now."

Another excuse Roy keeps hearing is that women would never be drafted in the first place. "This is either a lie or just [shows] an extraordinary level of gullibility," Roy fires back. "The fact is, of course they will be. Democrats literally cannot even call pregnant women 'women.' They don't believe the sexes are different -- at all. [And] individuals who believe there are no differences between the sexes will not hesitate to draft your daughter or put your daughter into combat... We should not be afraid of proclaiming that simple, obvious, consequential truth: ... men are men, and women are women... We ignore it at our own peril, in this matter and others."

If you haven't weighed in on this issue with your senators, do it today. Chip Roy is right. This isn't just about the draft -- it's about basic biological truth. Protect it here -- or watch it erode everywhere. 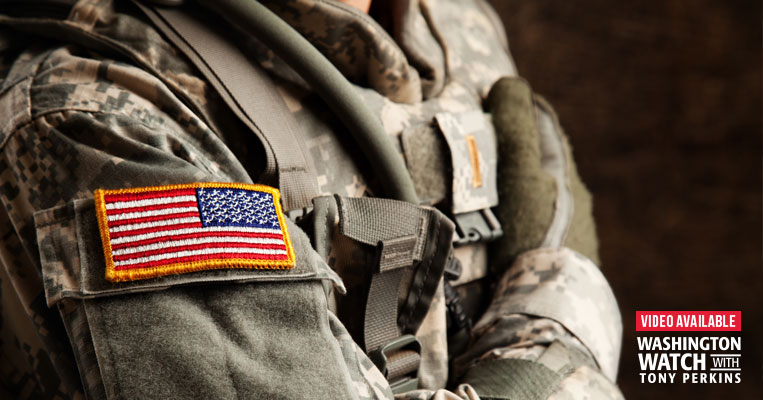 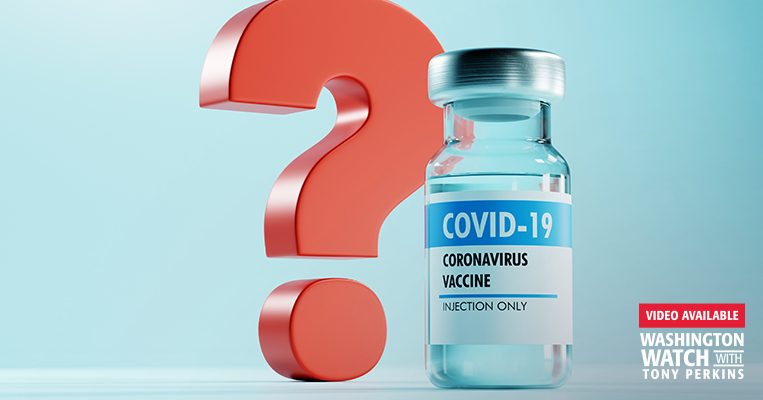