A Supreme Case for Lives 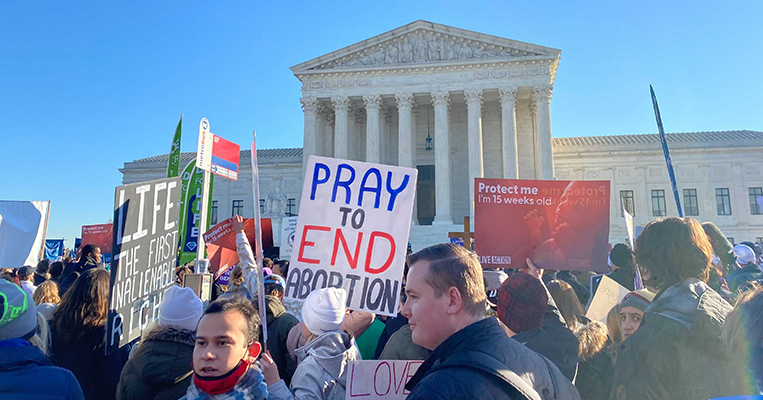 In the most-watched case of a generation, the eyes of the nation's pro-lifers were on the Supreme Court this morning as oral argument was held in Dobbs v. Jackson Women's Health Organization, a case that will answer the question of "whether all pre-viability prohibitions on elective abortions are unconstitutional."

That's legal-speak for a case that could see the demise of Roe v. Wade and Planned Parenthood v. Casey, decades-old cases that wrongly constitutionalized a right to abortion, and whose consequences we have been living with ever since.

Many are hopeful after this morning's argument. The justices were mostly quiet when Mississippi's Solicitor General Scott Stewart defended his state's law outlawing abortion after 15 weeks. Only Justice Sonia Sotomayor showed serious antagonism to Stewart, and at one point was downright hostile with her abortion apologetic, absurdly asking him: "how is your interest anything but a religious view?" Stewart ably argued the state's case, however, pointing out that Roe and Casey are without solid footing and do injustice to what the Constitution says about a right to abortion, which is nothing.

Next up was the abortion advocates' attorney Julie Rikelman, joined by the Biden administration's Solicitor General Elizabeth Prelogar. At this point the justices turned up the heat a bit. When Justice Samuel Alito quizzed Prelogar about whether Plessy v. Ferguson (an 1896 case that upheld racial segregation laws) was an erroneous ruling, Prelogar agreed it was "egregiously wrong." The abortion advocates were also forced to acknowledge that they don't want to settle on any middle ground; they not only want to retain the undue burden standard from Casey, but admitted they want to keep Roe's viability standard too. But as Chief Justice John Roberts observed, "we share [the viability] standard with the People's Republic of China and North Korea" – hardly countries we should be comparing ourselves to, a point made in a newly released FRC report on abortion around the world.

All in all, things seemed to go well for Mississippi and poorly for the abortionists today, and at least one former Supreme Court clerk agreed. Though it's sometimes tough to read into the seemingly always sky-is-falling abortion proponents, they seem dismayed by this morning's argument. Senator Josh Hawley (R-Mo.), who along with Sens. Mike Lee (R-Utah) and Ted Cruz (R-Texas) filed an amicus brief in the case, remarked: "After listening to the argument, I believe this could be the case that finally reverses the great injustice of Roe." FRC's Katherine Beck Johnson, who helped file FRC's amicus brief in the case, was also optimistic: "I certainly think they are going to uphold the law," she remarked, while observing we should be aiming to see Roe and Casey fully overturned. As Katherine told the crowd gathered outside the court this morning:

"The pro-aborts claim that my daughter must be able the kill her child to achieve her goals, they claim that the child in my womb has no legal right to exist. We reject these lies. We know that my daughter and little girls everywhere not only deserve the right to exist but are able to dream of their careers and families too. They know the child in my womb, though small, is a unique person who deserves to live. We fight for these children, the littlest, and most vulnerable ones in our society. We call on the Supreme Court to finally recognize Mississippi and every other state's right to protect the unborn."

Amen. As the arguments continue to be analyzed, all eyes will be on the court this spring, when we can likely expect an opinion before the end of June 2022. As we patiently await this ruling, let us continue to hope and pray for justice to prevail and life to win, both across our land and around the world. 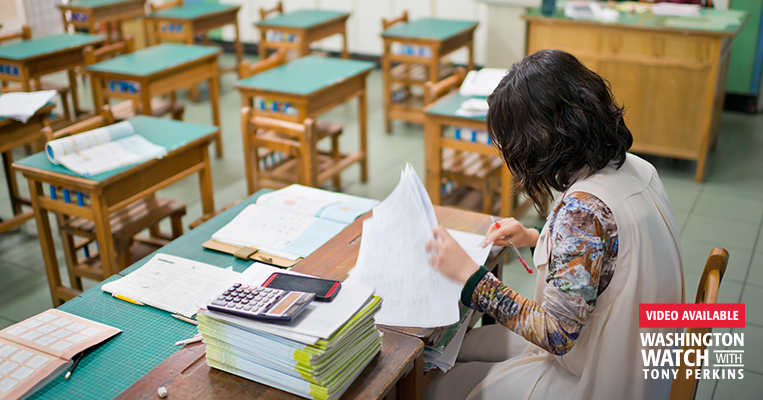 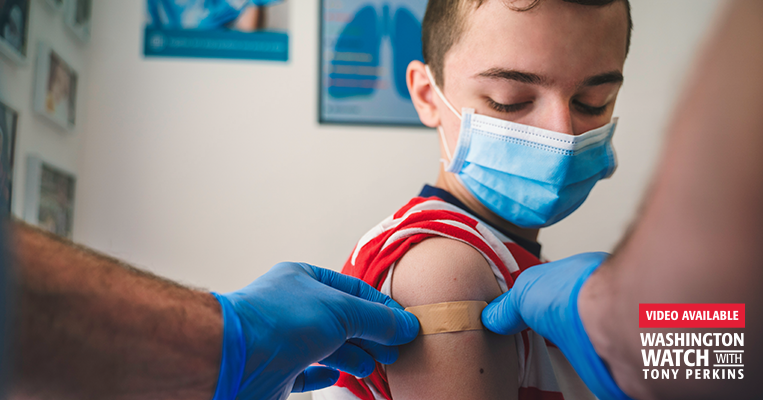 COVID Shots for Tots? Leave It up to Parents