Biden on State Voting Protections: Dash Away, All! 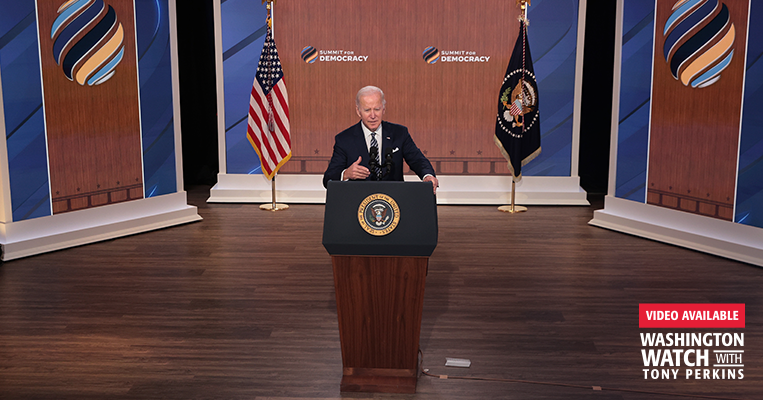 That fact wasn't lost on a slew of world leaders this week, as everyone continued scratching their heads over why a "democracy" event included countries who didn't believe in the concept and excluded key nations who do. "Like any good dinner party," Ted Piccone wrote over at the Brookings institute, "who gets invited usually determines the quality of the evening and the mood for future such gatherings." On that scale, the event was a complete bust. More people are talking about the rationale for who made the cut than the threats to democracy itself.

Time magazine called it the "height of hypocrisy," opening their criticism with: "Narendra Modi, Rodrigo Duterte and Jair Bolsonaro walk into a democracy summit. But this isn't a joke." Other mainstream outlets were just as cutting about the invites, flabbergasted that the White House would welcome Pakistan but snub friends like Guatemala. No one seemed to understand the rhyme or reason for a summit with 112 countries, 30 percent of whom are classified as only "partly free." Three are not free at all -- Angola, the Democratic Republic of Congo, and Iraq. At least 12 are considered "autocracies." There's absolutely no logic in the invitation list, Time complained.

But then, there's no logic in Joe Biden's remarks either. Thursday, the man who "positioned himself as the savior of America's democracy," as the Washington Post put it, tone-deafly insisted that the best thing we can do to revive democracy is to spend more money. With the backdrop of the worst inflation in a generation, Biden told the world that his socialist boondoggle would get America on track. "Soon," he told the grid of leaders on his video conference, "I hope to sign into law a bill we call the Build Back Better plan, which will be an extraordinary investment in our people and our workers and give American families just a little more breathing room to deal with their problems and their opportunities."

So the way to protect self-governance is throwing another $4 trillion dollars at our problems? It's a ridiculous, but revealing suggestion -- one that shows just how fundamentally wrong this White House's "solutions" are. Under Donald Trump, America was focused on two things abroad: religious freedom and human rights. Why? Because they believed those ideals were the foundation of prosperity and stability. And it didn't take long for the rest of the world to witness the fruit of those commitments.

Contrast that with Joe Biden, who's trampling Americans' rights with vaccine mandates, calling involved parents "domestic terrorists," and twiddling his thumbs while smash-and-grab looters run wild and unopposed on our streets. We can't have democracy -- let alone human rights and liberty -- without the rule of law, a concept this socialist policy laden White House wouldn't know if it hit them in the face. With less than a month to go in 2021, at least 12 U.S. cities have broken their annual homicide records this year. One look at California, where robbers aren't even being punished for their crimes, and it's obvious that America is moving toward complete and utter lawlessness. And frankly, it's being modeled, if not mandated, at the highest levels of our government.

The reality is, former Congressman Dave Brat said, "If you don't have the rule of law, you do not have human rights. That's the crux of things. And of course, the rule of law comes out of the Judeo-Christian tradition," which was what the governance of this nation was built on. "It was all founded by godly men who [relied on their] biblical faith as their core."

That's certainly not the case today, at least at 1600 Pennsylvania Avenue. Biden's biggest priority, when he isn't advocating economic suicide, is radically subverting our democratic process. As far as the Democratic Party is concerned, the key to saving elections is rigging them. The president alluded to that agenda in his speech, vowing to pass "two critical pieces of legislation that will shore up the very foundation of American democracy: the sacred right of every person to make their voice heard through free, fair, and secure elections."

That all sounds great until you actually look at the bills he's supporting: the Left's Freedom to Vote Act and the John Lewis Voting Rights Advancement Act -- a pair of proposals that would deal a death-blow to election integrity. If they passed, states would lose the right to control their elections, protect the ballots, demand voter ID, and so many other common-sense safeguards several governors just enacted. If you want to destabilize democracy, this legislation is your best bet. They're dangerous bills, Heritage's Hans von Spakovsky writes, "that violat[e] basic principles of federalism."

And yet, Biden insists they "remain a priority for my administration until we get [them] done." "This is an urgent matter," the president said. "The data we're seeing is largely pointing in the wrong direction." But he and his administration, too, are pointing in the wrong direction. And the potential consequences -- not just for our country, but for the entire world -- are alarming. 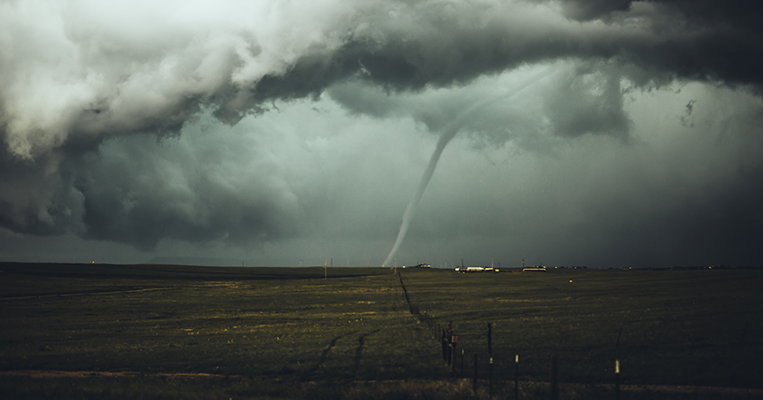 This Christmas, Let's Remember the Tornado Victims
NEXT 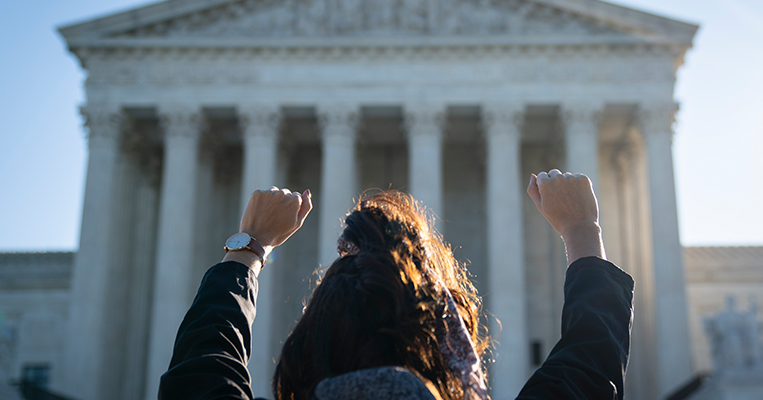