Military Works to Boot Christian 'Extremists' from Its Ranks 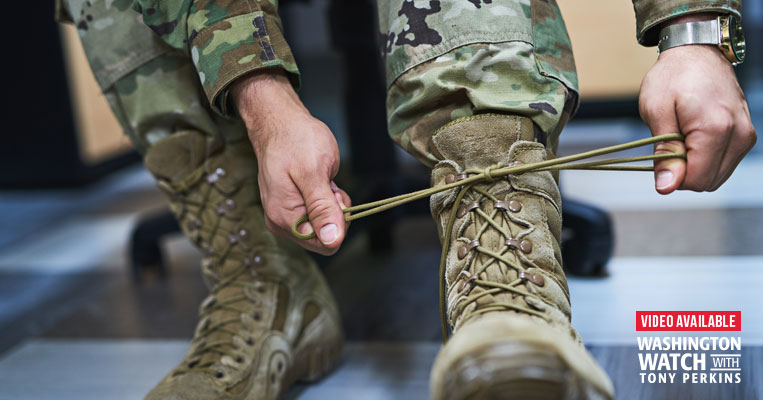 January 6 was a convenient background for a lot of Democrats, but especially the ones in Joe Biden's Department of Defense. To them, it was a chance to highlight the dangers of conservatives -- and fight to get them out of the ranks, once and for all.

Gearing up to the riot's one-year anniversary in December, Press Secretary John Kirby warned that new rules on "extremist activity" were coming. "As Secretary [Lloyd] Austin has emphasized, the department is focused on prohibited activity, not on a particular ideology thought or political orientation. The department has always maintained a distinction between thoughts and actions." So they say. But behind the camouflage, FRC's Lt. General (Ret.) Jerry Boykin argues, is a different agenda entirely. And it's not about weeding out extremism -- it's about weeding out the people of faith and principle.

"First of all," he warned, "nobody in the [DOD] can define extremism. And because this is so ill-defined and because there are so many nebulous things associated with [it], what you're going to see if that they're going to start adding to it. And even though they say that they're not after ideology -- they're not after people's ideas or people's faith or people's leanings politically -- that's just simply not true. [They're] going to start adding groups like ours -- the Family Research Council -- as an 'extremist group,' telling our troops, 'You cannot be associated with them, because we stand [things like] biblical marriage."

How does he know? Because it's happened before. Remember, Joe Biden served under Barack Obama for eight years -- and in that time, the duo turned America's government into one of the most vicious, anti-faith institutions the country had ever seen. During the wave of "diversity training" in Obama's second term, organizations like the American Family Association were on a hit list of "hate groups" that service members were ordered not to follow or engage. If they did, there would be consequences. If you're associated with them, the military said, you're risking a court-martial and dishonorable discharge.

So this isn't an empty threat. It's not hypothetical. It's already happened. Only now, unfortunately, it's starting to progress. Thanks to radical groups like the Southern Poverty Law Center (SPLC), who've partnered with the Biden administration in this extremist witch hunt, it's not going to stop with organizations like American Family Association, Family Research Council, or Alliance Defending Freedom. Under the Defense Department's new regulation, just released before Christmas, anyone with a natural view of "gender identity or sexual orientation" or any other biblical truth that is politically incorrect could be labeled as an extremist.

Consider what these new regulations will eventually do to chaplains who are endorsed by religious denominations that actually believe the Bible. These chaplains will silence themselves on a growing list of "untouchable" issues or they will be silenced by the military for these teaching, which they've labeled "extreme."

General Boykin has seen a lot of things, but he says he's "more concerned about our military today" than he's ever been in his life. He points to the vaccine mandates and the good people our country is losing. "We're recruiting the wrong people, and we're [kicking] out the right people. We're upside-down in the military today, and this is going to destroy our [force] if somebody doesn't step in and turn this around. And I hope that will be Congress in 2022, when [Republicans] retake the House and Senate."

Until then, he agrees, there's an intention effort to purge conservatives from the ranks, and we need to stop it. Without a viable military, we live in a vulnerable America. And obviously, if Democrats can't succeed in abolishing our force, like the Marxist squad wants, then they'll settle for the next best thing: hallowing it out until it's nothing but an empty shell.

We can't sit on the sidelines and watch. We've got to be engaged -- and even more so now, when things aren't going the direction we want. When we see these threats against our freedoms, it's all the more reason to be active, informed, and hopeful -- because we're anchored in the truth. And that hope doesn't change. It doesn't come around every four years. It's new every morning as we see the glory and goodness of the Lord. 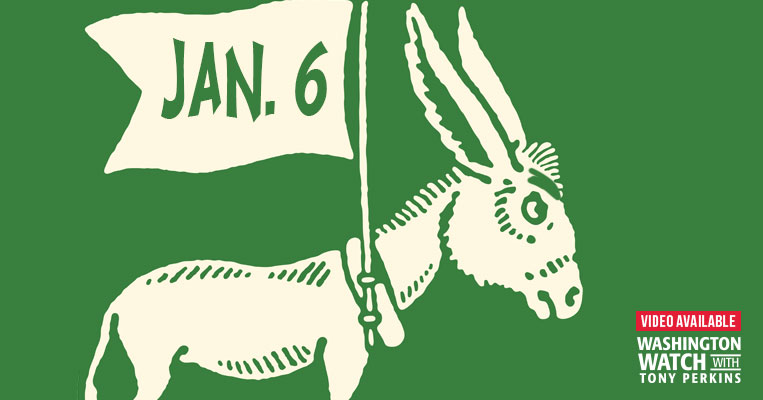 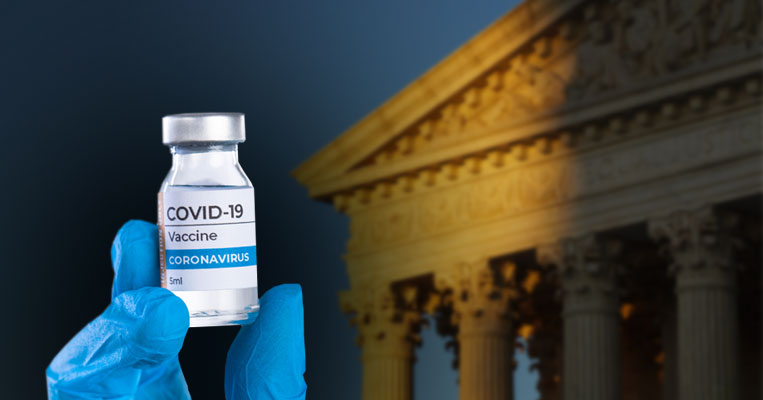 An Inside Look at the SCOTUS COVID Arguments