How the Democratic Boom Led to Economic Bust 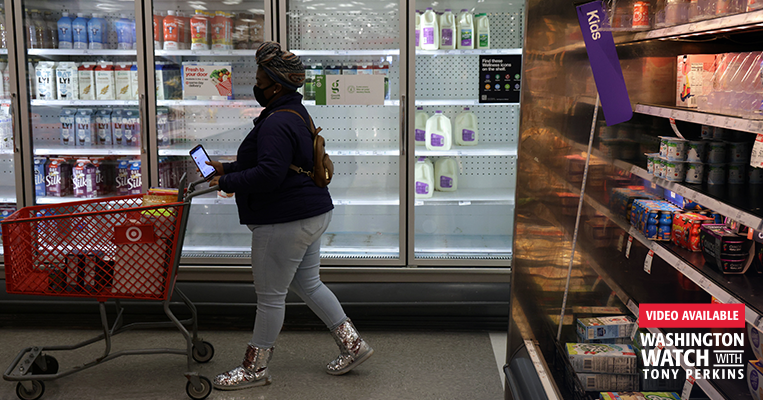 It isn't exactly the one-year anniversary card Joe Biden was hoping for. Twelve months into this ill-advised marriage, Americans have three words for how this president makes them feel: "frustrated" (50 percent), "disappointed" (49 percent), and "nervous" (40 percent). Any love they had for this administration has been lost -- and quickly. Just 25 percent of the country feels "calm" or "satisfied" by his leadership, and based on the crises we're facing, even that feels generous.

Of course, like any union, it would help if the other person listened. Americans feel ignored -- and worse, they feel like their problems have been ignored. Sixty-seven percent said he couldn't care less about what matters to them because he's too obsessed with other issues. And, of course, it doesn't help his case that the White House seems intent on denying whatever emergencies Americans are facing. When White House Chief of Staff Ron Klain called the supply-chain crisis "an overhyped narrative," for instance, it didn't exactly thrill the families making five stops to find bread.

So what would repair the relationship, the pollsters at CBS/YouGov asked? Would passing Biden's $5 trillion dollar Build Back Better get the president out of the doghouse? Seventy-six percent fired back a resounding "NO." Americans want at least one thing, for starters: an end to this sky-high inflation. Unfortunately, like every other issue this White House is facing, the president has no idea how. His policies, most people agree, are only making things worse. But instead of changing directions, Biden stands at the podium barking at reporters that any criticism of the job he's doing on the economy is "malarky."

But then, we've got it all backwards. Maybe the issue isn't that the president doesn't understand the economy. Maybe the issue is that what we see as a problem is the Left's idea of progress. Dr. Dave Brat, former congressman and dean of Liberty University's School of Business, tried to unpack some of the complicated layers of the supply chain crisis on "Washington Watch," but there's a lot more to it than Economics 101. When asked to explain the source of the problems, Brat answered simply that "we no longer have a free market system." Not really. "The free market system... is based on the price system." That's one way to allocate things in the world. The other is by government fiat. America, he argues, is no longer "using the price system. [We've] made a massive move toward the government command system." And frankly, Brat said, "we live in a quasi-socialist environment now."

The professor uses this example: building a house. "I'm sitting in a house that has a hundred thousand pieces to it. In the old days, if you wanted to build a house, you built the house." Now, he says, "see if you can name one part of your house that's not regulated by the government. And of course, if you regulate it, that changes the price -- because it's got all sorts of new rules it has to follow right? You have your outlets six feet apart now, and you kind of have a certain kind of paint in case the baby licks the paint... The roof's got to have a pitch. The water heater, the furnace, the air conditioner... every single thing you can name right now is run and managed by the socialists."

Karl Marx wanted the government to take over all production, Brat reminds everyone. He wanted to own capital. "Well, they knew they couldn't achieve that. But you don't have to own it if you can run it and manage it," Brat explained. "So the government, it doesn't matter what sector you look at, [everything's big now]. Big banks, big airlines, big automobile, big tech. And the government loves that because they can run those. They can put the thumb on all those big monopolies, and they're all on the same side."

Throw in a global pandemic, and suddenly, the government has the power to decide who works, what mandates they have to meet to work, whether there even is work. "The federal government really messed up the labor market," he shook his head. First, the president locked us down, which stopped the economy. Then, Democrats decided to pay people to stay home. And to top it all off, they forced employers to fire the unvaccinated workers they did have. Thousands of others retired. "So it's just a crazy set of misfirings from the government. And again, it all comes down to not letting the price system allocate resources, including the price of labor."

How do we know he's right? Because of last Christmas. Most families had presents under the tree because U.S. companies got creative. They operated like a free market should -- meeting obstacles with ingenuity. They changed their ports or expanded their shipping capacities. And, as NRO's Dominic Pino reminds people, that wasn't Washington's idea. "The government didn't command anyone to do those things. Biden didn't sign an executive order telling Costco to charter its own container ships or Amazon to build its own shipping containers... Congress didn't pass a law mandating that people get their Christmas shopping done before Thanksgiving. Those things happened on their own because they made sense economically. Price signals were allowed to work, and they delivered decent results."

Now, a handful of weeks later, when stores everywhere are sporting bare shelves, the answer is the same. Let the free market work. Yes, there's a worker shortage and supply chain issue and Fed issue, but the root problem is the heart of the Left's agenda: big government. If America wants to fix these problems, Brat insists, "you've got to reduce the size of the federal government... If you don't like fascism, let's not have a big state to hand a fascist, right?" We need to get back to the "50 independent experiments" like the founders intended. That means sticking to the Judeo-Christian principles and constitutional government. Only then will we prosper. Only then will we have the kind of growth we've never seen before. 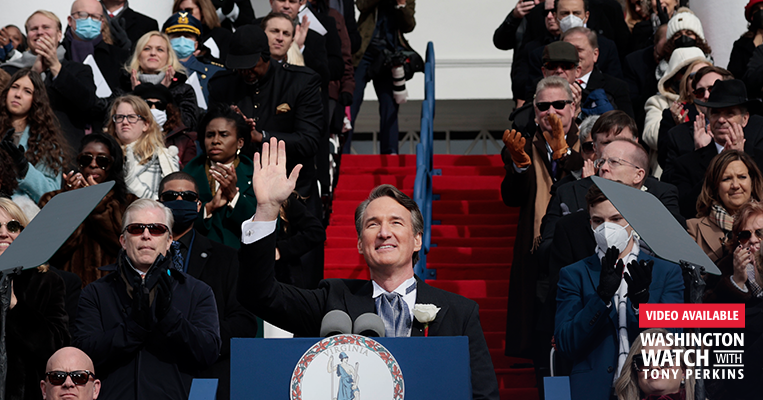 Virginia Finds Hope in the Gov Compartment
NEXT 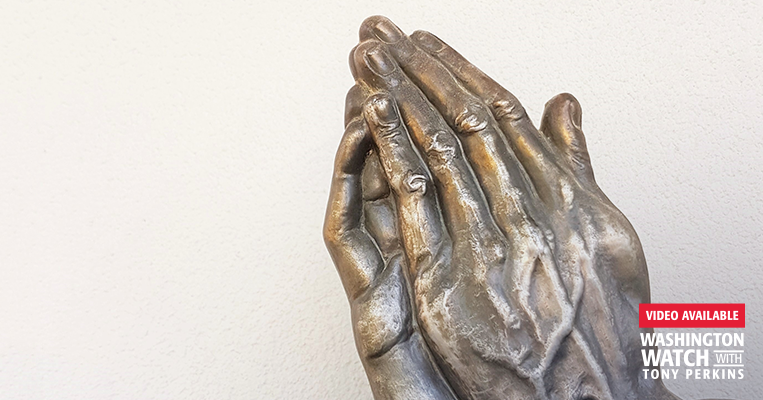