In Woke Schools, the Only Thing Being Assigned Is Gender 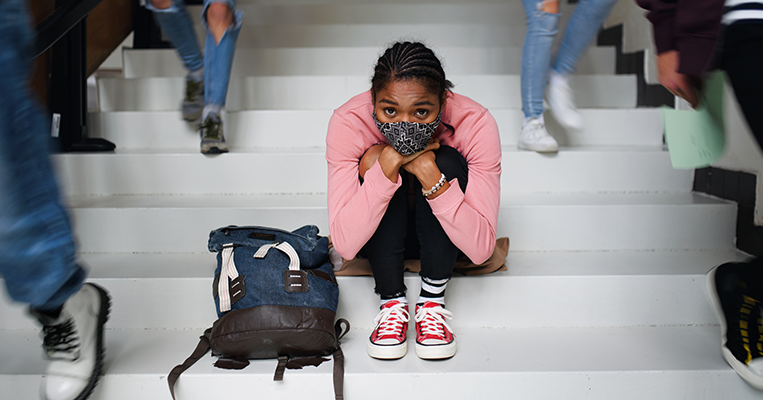 Maybe Democrats have decided that they don't need parents to win elections. That certainly wasn't the case in Virginia, where Glenn Youngkin (R) was just inaugurated as governor because his opponent thought schools knew better than moms and dads. And it probably won't be the case in Michigan either, but that hasn't stopped the state's tone-deaf Democrats from telling parents to get out of education -- and stay out.

"Not sure where this 'parents-should-control-what-is-taught-in-schools-because-they-are-our-kids' is originating, but parents do have the option to send their kids to a hand-selected private school at their own expense if this is what they desire," the Michigan Democratic Party posted over the weekend. "The purpose of public education in public schools is not to teach kids only what parents want them to be taught. It is to teach them what society needs them to know. The client of the public school is not the parent -- but the entire community, the public."

As you can imagine, the message didn't sit all that well with parents, who by now have had it with thoughtless, controlling Leftists. "They think they own our kids," one outraged mom said. Others ranted at the party's ignorance. Who do they think pays for the public schools? "For the Michigan Democratic Party to think that the parents are not the clientele of the public school system -- it's the other way around. We pay the taxes. That's why they're public schools. They're publicly funded," mom Caitlin Reynolds fumed on Fox News.

Republicans looked on with disbelief. Just five months ago, Terry McAuliffe (D) made an almost identical mistake, telling voters in Virginia, "I don't think parents should be telling schools what they should teach." It was that single sentence, people on both sides agree, that cost him the election. Maybe Michigan didn't get the memo about what happened in Virginia, because Youngkin's victory should have been a good sign for parents and a stop sign for Democrats. But their arrogance as well as their disdain for the God-given role of parents won't let them.

The state party tried to backtrack, but it was too late. Moms and dads now know exactly where they stand. "We have deleted a post that ignored the important role parents play -- and should play -- in Michigan public schools. Parents need to have a say in their children's education, end of story," it stated. "The post does not reflect the views of Michigan Democrats and should not be misinterpreted as a statement of support from our elected officials or candidates."

Of course, if Michigan Democrats needed an object lesson in parental involvement, they could have looked at the collapse of the NSBA, National School Board Association. Before September, it was an innocuous group that had lobbied on education for 80 years. Then, as the Washington Post explains, they decided to become a patsy for the Biden administration and write President Joe Biden a letter. And it all went downhill from there. Calling parents "domestic terrorists" for speaking up in local districts turned out to be a fatal mistake for the NSBA -- which lost the support of 19 states and the respect of an entire nation.

Now, even after a change in leadership, no one is even sure if the NSBA is an organization that can be salvaged. "I hope they'll give us a chance," the new executive director said, "...to rebuild trust." Despite the group's public apology, most states told the Post they've been put in "an uncomfortable position." Even Oregon's affiliate, which would generally be an ally in this situation, admits, "There has been some damage done. Do we support NSBA's take as labeling parents 'domestic terrorists?' No, we do not."

(By the way, thank you to all those who spoke to the state and local school boards about withdrawing from the NSBA. Please continue until NSBA is forced to shut their doors.)

In most cases, as even moderate Democrats will admit, parents have a right to be angry at the status quo. The garbage working its way through even elementary classrooms is appalling. In Saint Paul, Minnesota, moms and dads are furious about the district's "Office of Equity" foisting transgenderism on pre-schoolers. Thanks to a quiet partnership with radical groups like OutFront Minnesota, even toddlers are being exposed to messages that the American College of Pediatricians calls "child abuse."

Books like When Aidan Became a Brother and I Love My Colorful Nails started trickling into local districts, aimed at children as young as three. One handout tells teachers to "Ask Students for Name and Pronouns" and to "Refer students to the Name/Gender Change Request Form." Oh, and don't forget the free "chest binders" for girls who want to smother the biology God gave them. Point of Pride even offers to ship a complimentary one "to a friend, family member, or another trusted person if you cannot receive it at your house."

It's an ideology so pervasive, area parents say, that it's "metastasizing like a cancer." In Saint Paul and cities all across America, there is a sinister, covert effort to keep the transgender indoctrination and ensuing transitions a secret. Several lawsuits have broken out in the district, including one from a parent who found out that school officials were encouraging her daughter to use the boys' bathroom without her consent. It's a harrowing story that's being replicated in schools all across America.

Rep. Bob Good (R-Va.), who serves on the House's education committee, sees a real opportunity for Republicans to come alongside parents as the party of common sense on education. "What we need to do is diminish the federal government's role in education and allow the states and the localities to do their job. It shouldn't be coming from the federal level [like these transgender bathroom and sports mandates]." Only six or seven percent of the states' education funding comes from the federal government, Good reminded people. "States and localities ought to say federal government, 'Take your money, keep it. We don't want your mandates. We don't want your intrusion.' It's bad enough to have your state capitol telling you how to teach in your local community. You certainly don't want Washington." 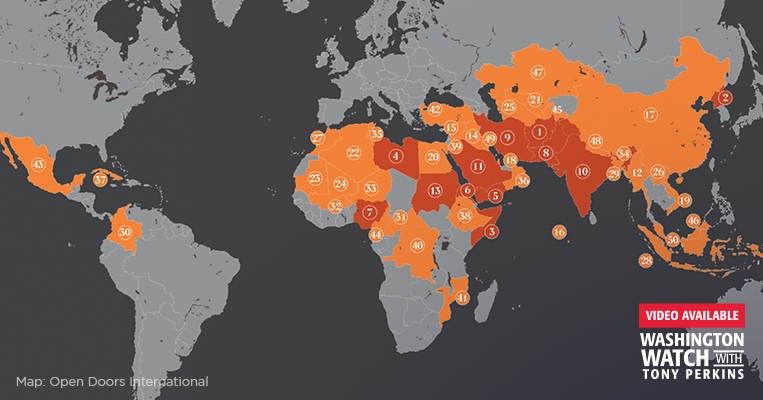 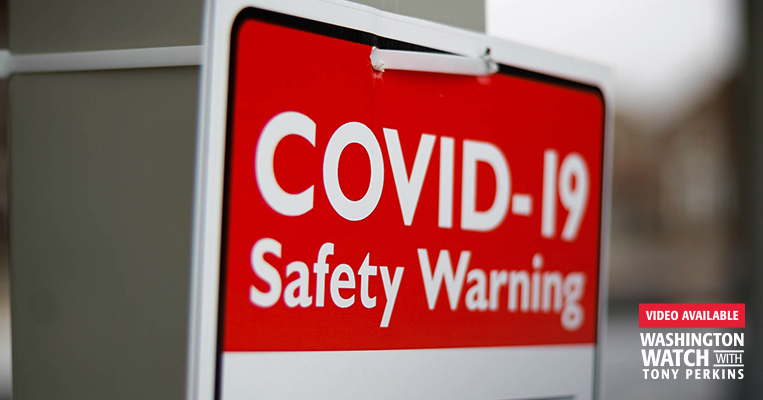 Lab of Lies: How Fauci's Spin Changed the Debate