Russia's Gas Grip Has the World over a Barrel 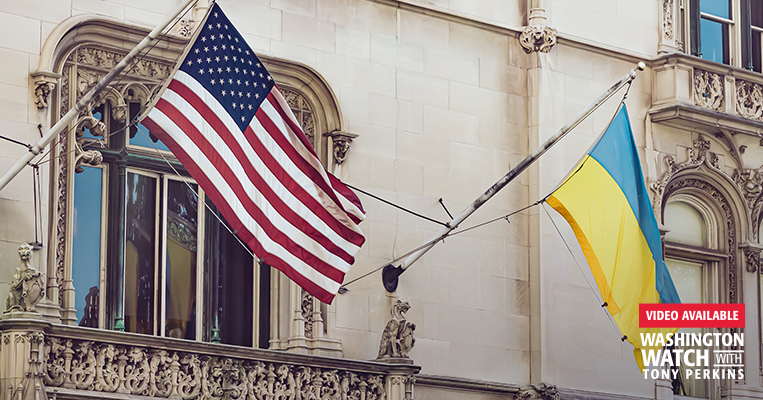 If the White House didn't orchestrate Justice Stephen Breyer's retirement, then they certainly won't be unhappy about its timing. A vacancy on the Supreme Court is exactly what the PR spin doctors ordered for Joe Biden, who's had trouble changing the news cycle from the president's latest debacle-waiting-to-happen: Ukraine. And while it might turn a few heads in the short term, it won't do anything to quell the long-term problem of Vladimir Putin. As the rest of the world scrambles to pull Europe back from the brink of war, the burning question in most nations' minds isn't whether America can stop Putin -- but whether an America led by Joe Biden can.

The situation 5,500 miles away on the Russian border is changing by the minute. Even for leaders in the know -- like North Dakota Senator Kevin Cramer (R) -- it's been hard to keep up. And the U.S. president certainly isn't helping matters. One minute Biden takes a firm hand against Putin, the next time, he's throwing down a welcome mat for a "minor incursion." On Tuesday, Biden put on his stern voice, warning that Putin's force build-up on the Ukrainian border "would be the largest invasion since World War II. It would change the world." Then he shrugged, grabbed a chocolate ice cream cone, and left.

In the background of frantic global meetings, the military preparations continue. As Russia drills its soldiers -- practicing bombing runs, shooting exercises, and steering warplanes, ships, and paratroopers into the area -- Putin took a more menacing tone. His righthand men, like foreign minister Sergey Lavrov vowed revenge if United States and its allies don't shut up and look the other way. "If the West continues its aggressive course," Lavrov threatened, "Moscow will take the necessary retaliatory measures." Insisting Russia wouldn't be stymied by "endless discussions," the foreign minister went on to mock the world's response, laughing that "our Western colleagues have driven themselves up into a militarist frenzy." Ukraine is probably more scared by what he called "the Western scare" than anything.

Meanwhile, as the U.S., Britain, Australia, Germany, and Canada call their diplomats home, Ukrainian President Volodymyr Zelensky is desperately trying to stop the nationwide panic as words between the two sides get more and more heated. Behind the scenes, he continues to plead for more support -- including with a bipartisan delegation of U.S. senators. Cramer, who just returned from Kyiv, reiterated what an important trip it was, especially in light of Biden's mixed messages. "It just seems like he's always fumbling around and sending chaotic signals, which I think are complicating matters a little bit. And I'm sure that his trying to keep the NATO coalition together [is] part of the challenge... But it isn't helped by these [conflicting statements]."

The group of four Democrats and three Republicans were hoping to clean up some of their president's mess. "It was an important trip," Cramer explained on "Washington Watch." "We were able to do a couple of things. First of all, of course, to get information on the ground. And we did... But also, and probably more importantly, [we wanted] to relay a unified voice from Congress itself... And I think to that end, we were pretty successful. The Ukrainian leaders, including President Zelensky, saw this unified front, [and] I think [it] gave him a sense of confidence."

Zelensky's concern -- and perhaps all of Europe's -- centers around Putin's energy monopoly in the region. "Russia is a gas station masquerading as a country," the late Senator John McCain half-joked. And under Donald Trump, we might have had the leadership to treat it like one. Now, with so many nations wholly dependent on Russia's gas -- and no reliable alternative (thanks to America's energy retreat under Biden) -- talk of sanctions becomes even more complicated. Already, Russia is cracking down on its supply, sending energy prices soaring -- and inflicting major pain on countries like Germany. It's a tricky business threatening Russia's economy, Cramer agreed. We need a response that "punishes the people that need to be punished" without the effects harming our allies.

"That's part of the reason Germany has been so difficult to work with on this situation," the senator acknowledged. They've allowed [Russia's] Nord Stream 2 pipeline [to come into Europe] and [give] Putin more leverage over -- not just Germany -- but all of Europe when it comes to natural gas and energy. I always say coming from an energy-producing state [that] energy security is national security. To make Europe more captive to Vladimir Putin is really shortsighted. It may seem like a good idea in the short run, but not in the long run."

And America bears some of the responsibility for that. Under Joe Biden, we've helped give Russia the keys to its new energy empire, turning off our own spigots and undoing all of the energy independence under Trump. We have a solution to this problem right here at home -- a 41 percent cleaner alternative, Cramer pointed out ironically. "We have an American solution to this situation that Germany and Europe [need]. We [have] to be more actively involved in a geopolitical trade solution that provides the energy security that we all seek. And we haven't made that case."

At the end of the day, America has to have standing with the world to lead. The fact of the matter is, we've lost that standing under Joe Biden -- and a number of countries could pay for it with their very existence. Let's pray that doesn't happen. 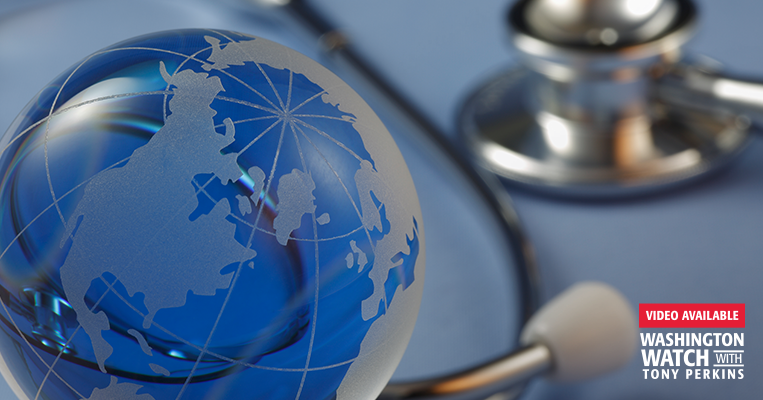 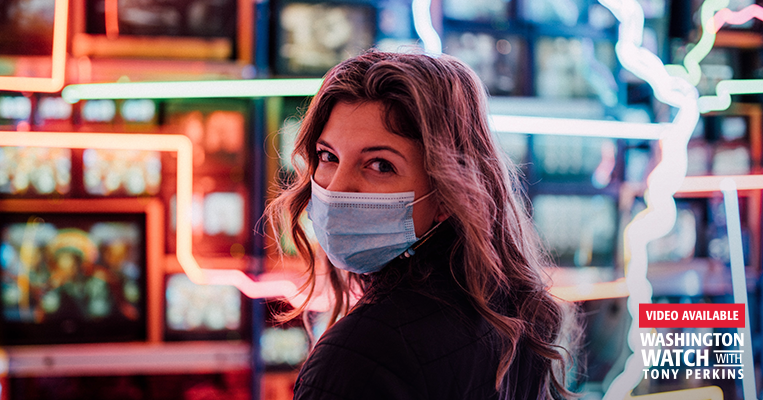 Misdiagnosing COVID: Where Biden and the Media Got It Wrong