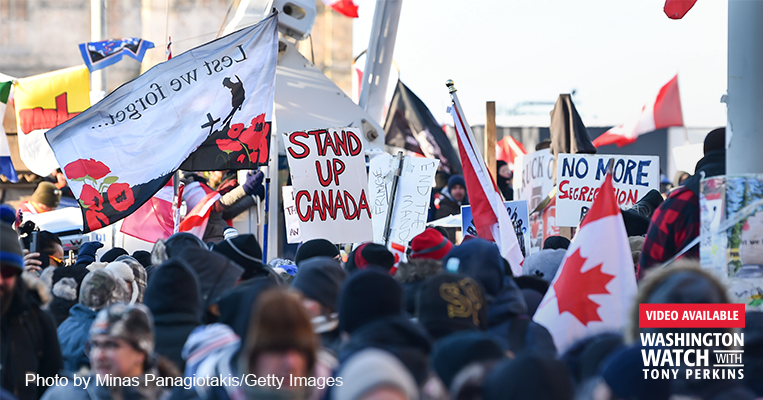 They blasted their horns and sang "O Canada!" Some of the protestors linked arms as Ottawa police moved through the 300 semis and campers, arresting people along the way. Others locked themselves in their cars or defiantly rolled canisters of diesel down the blockade. But that was the extent of the "backlash." When officers started cracking down on the Freedom Convoy Friday morning, there were no Molotov cocktails. The truckers didn't torch government buildings or throw fireworks at mounted police. Ever since the demonstration started, they've been composed, peaceful. And the American Left can't stand it.

South of the Canadian border, if it's not on fire -- it's not a protest. That's what Democrats and their anarchist friends have taught us since George Floyd's death sparked a nationwide mob in 2020. After more than a year of looting, vandalizing, arson, and general domestic terror, what the Canadians have managed to accomplish is almost unrecognizable to the U.S. Left. To the rest of America, it's a refreshing reminder of the kind of civil disobedience this nation used to embrace for change. It's a peaceful protest, Senator Rand Paul (R-Ky.) told the Daily Signal, "clog things up, make them think about the [vaccine] mandates."

In American cities, for months, there was no time to think about anything. People were too busy reaching for fire extinguishers, barricading their doors and boarding up their buildings like we were forced to do here in the nation's capital. So it's no wonder that the majority of people in this country applaud the truckers in Canada for showing the world how effective nonviolent disruptions can be.

But not everyone is lining up to cheer the shift in strategy. Democrats, still stinging from the blame heaped on them for the riots, are trying to turn the tables on Republicans. "Some see racist double standards," the Associated Press insists. Conservatives who praise the truckers, Corey Williams and Sara Burnett argued, are hypocrites. It's "two-faced," one Boston University professor told them, for supporting a "white, conservative rights movement," but "when you have Black Lives Matter protestors on the street [they] are 'thugs' [who] scare you."

Secondly, the AP is comparing apples to oranges -- or, in this case, blockades to firebombs. As Paul pointed out, "there's a stark contrast between civil disobedience -- which has been a time-honored tradition in our country -- and burning down buildings, looting businesses, and violently attacking actual peaceful protestors and innocent bystanders." No one, Senator Ted Cruz's (R-Texas) office agreed, has a right to "assault another person, loot and [destroy] buildings -- those actions are not exercising a constitutional right, no matter what the circumstance.

Of course, this line of partisan attack is nothing new for the AP, who had the nerve to call state election reform a "slow-motion insurrection" last month. Like the other Democratic operations masquerading as news outlets, the AP never misses a chance to throw in a reference or two about January 6, like an ace it's been hiding up its sleeve. And they didn't disappoint this time, flushing more of its journalistic cred down the tubes by suggesting "a racist double standard" is exactly what we should expect from a conservative movement responsible for the Capitol riot.

But then, what should we expect from the radical media -- who, we've come to find out, is actually helping Canada dox its own people? While Justin Trudeau's regime moves to freeze the truckers' bank accounts, his justice minister, David Lametti has been warning since Wednesday that the government is going to also target anyone who's contributed money to the convoy. "If you are a member of a pro-Trump movement who's donating... you ought to be worried," he threatened.

Enter the Washington Post, who managed to get their hands on some leaked donor info, and started contacting supporters demanding to know why they'd give to the convoy. Their smear game was so repulsive that even radical Rep. Ilhan Omar (D-Minn.) weighed in. "I fail to see why any journalist felt the need to report on a shop owner making such a[n] insignificant donation rather than to get them harassed," Omar wrote. "It's unconscionable and journalists need to do better." Cruz, in what has to be a first, retweeted her in agreement, saying he did so "unironically." "When you've lost even Ilhan Omar," followers pointed out, "you know that the media and other prominent doxxers have gone too far."

As more North American leaders are exposed as tyrants, he said, let's all be in prayer that some good -- some genuine good -- comes from this. Hopefully, one day soon, the freedoms that our country's very first protestors fought for will find their way back into the government's respect. 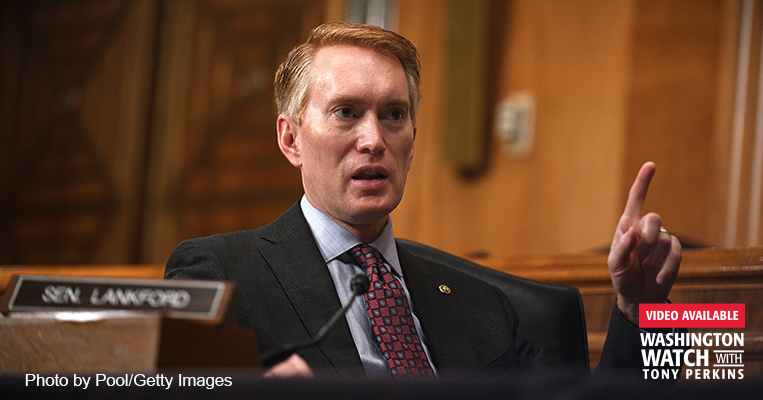 Ghost of a Bygone ERA
NEXT 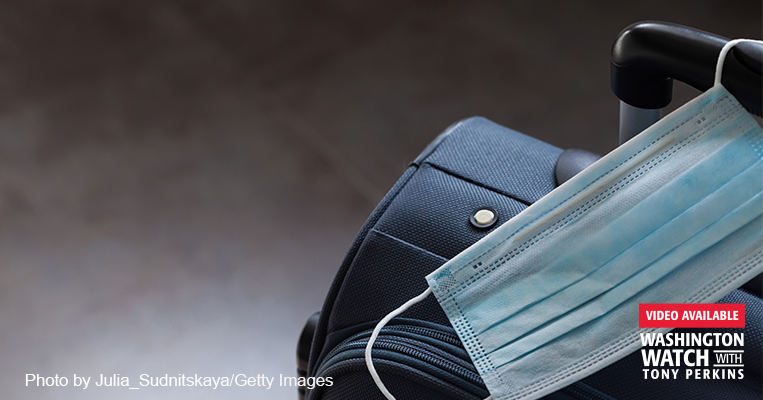 GOP Tries to Put Masks on the No-Fly List