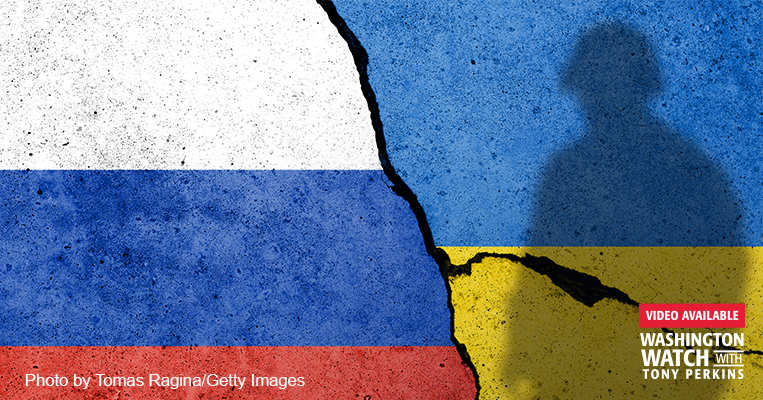 On the streets, people say, there isn't panic. Grocery stores still have food, and kids head off to soccer practice as if their country weren't on the brink of a full-scale war. But anxiety and fear hang like a darkening cloud. Ukrainian Alexandra Matzota says that when she wakes up in the middle of the night -- which is often now -- she checks the news "to see if we have been attacked." Like most families, they have an emergency plan in place now. They've stocked up on food, bought a wood-burning stove in case the power or gas is cut, and stockpiled fuel. But no matter how much she tells herself everything is fine, Matzota knows "you can't remain calm when 10 times a day you see statements about an imminent attack..."

On the edges of Ukraine, where the shelling has intensified for the last 72 hours, tensions are as high as it gets. Some people have fled. Others, tied to their homes because of age or injury, simply wait. "Something big is going to happen," Valentina Gordeyeva told reporters after being hit by flying shrapnel. "We don't exactly know what but we are -- I am -- extremely afraid." Ukrainian scientists, desperate to protect their work, have been stashing documents and essentials in special suitcases -- medicines, tools, weapons for self-defense. "In case of the occupation, scientists will not work for the enemy," Yurii Danko warns.

For churches and humanitarian aid workers, the echoes of 2014 and 2015 still haunt them. In the last outbreak of violence, "We saw more than a million people [displaced]," Father Vitaliy Novak remembered. Based on that, he worries, this conflict "will be, I think, much more, a bigger size." With the clock ticking, he and other organizations are desperately trying to get their hands on medical supplies, clothes, extra food. "We pray to God it [doesn't] happen," he said, because for now, "we don't have any resource[s]."

In smaller towns and villages, mayors are prepping the "new territorial defense brigades" made up of everyday civilians who are being trained to protect their homes -- which happen to be the new front lines. Retired military colonels like Sergey Boldyrev are helping train volunteers and checking out the Soviet-era bomb shelters to make sure they're ready for families if bombs start falling. "All thinking people here believe that Putin is our enemy No. 1, and such people are a majority," Boldyrev said. "A very high percentage is ready to defend Ukraine with weapons in their hands."

Here in the U.S., there's a sense of foreboding. Early Monday morning on NBC's "Today," National Security Advisor Jake Sullivan's take was grim. "...[W]e believe [what] the Russians are planning will be extremely violent," he warned. "It will cost the lives of Ukrainians and Russians, civilians and military personnel alike... But we also have intelligence to suggest that there will be an even greater form of brutality because this will not simply be some conventional war between two armies," he continued. "It will be a war waged by Russia on the Ukrainian people to repress them, to crush them, to harm them," and it may be, Sullivan was clear, "in the coming hours or days."

If that happens, the resolute Ukrainian president, Volodymyr Zelensky, insists, "We are going to protect our country with or without the support of our partners." His country of 44 million people, who share a 1,200-mile border with Russia, want peace. "We are ready to sit down and speak," Zelensky said at the Munich Security Conference Saturday. "What's the point of us shooting and proposing diplomacy at the same time?"

But diplomacy seems far from the mind of Russian President Vladimir Putin. While his ambassador to the U.S., Anatoly Antonov, tried to claim with a straight face on Sunday that Putin has "no such plans" for invasion, U.S. intelligence officials made an ominous discovery. According to the Washington Post, American officials have "credible information" that Moscow is compiling lists of Ukrainians "to be killed or sent to camps following a military occupation." "The letter [from the U.S. to the U.N.] alleges that Moscow's post-invasion planning would involve torture, forced disappearances, and 'widespread human suffering.'"

To decorated combat veterans like Rep. Mark Green (R-Tenn.), the whole situation is "almost unbelievable." And yet, Putin, he shakes his head, "is basically assembling an invasion force that we haven't seen in Europe since World War II -- 190,000 soldiers. Of course, he's got naval forces and marines ready to assault from the Black Sea. It's just unprecedented," he said on "Washington Watch."

And of course, to him and to the Ukrainians, the sad thing is -- this all could have been prevented. "You look back to the [times of the Czars] and the Soviet Union. They protected their country through proxy states or through buffer states surrounding the country. That's how they created security for themselves. And that's what Putin wants to resurrect." But he never would have tried this, Green believes, if America had tougher, more courageous leadership. "An effective withdrawal from Afghanistan with a commander-in-chief who appears strong enough to deter something like this would have been incredibly helpful. We don't have that now. We have a failed withdrawal that has empowered our enemies [and] energized them... [Without] a different president," Green said, America -- and the world -- suffers.

Join FRC in praying for the vulnerable people of Ukraine. Most of them are living in danger and horrible uncertainty about the days ahead. "He makes wars cease to the ends of the earth... He says, 'Be still, and know that I am God; I will be exalted among the nations... The Lord Almighty is with us; the God of Jacob is our fortress" (Psalm 46:9-11) 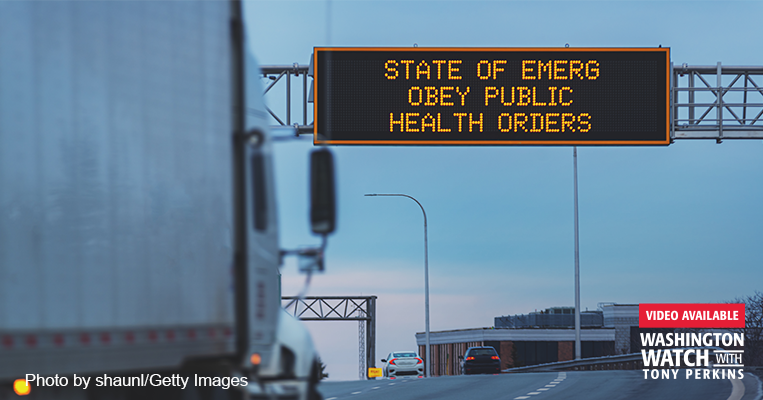 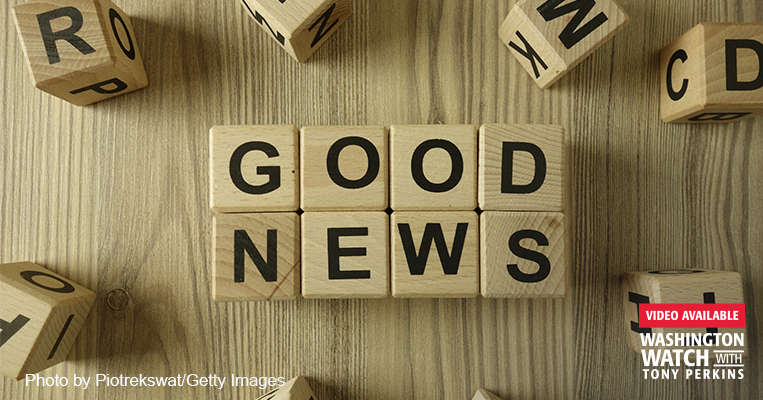