The Great Wall of Corruption 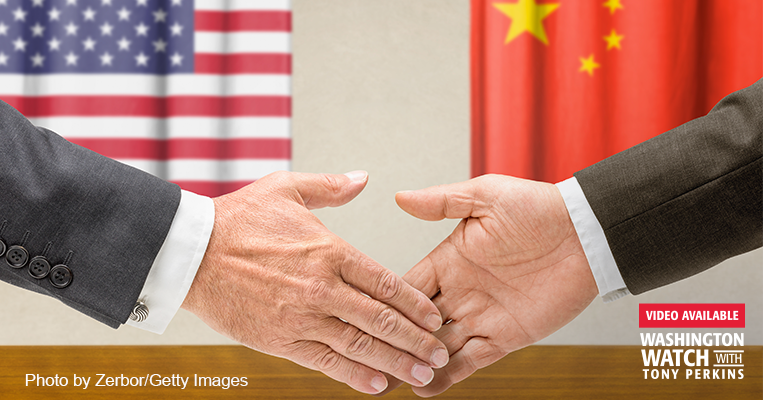 The Olympics may be over, but the real games are taking place now -- in back rooms and board rooms. That's where Beijing is really winning, Peter Schweizer warns. In the biggest corruption scheme of the 21st century, China is buying off U.S. politicians. And we aren't doing a thing to stop it.

"It's the oldest story in politics," Schweizer says. "Follow the money." Fortunately for America, he did -- uncovering the most extensive international pay-to-play racket in the world. "Imagine for a second... that we're talking about the Cold War, and [U.S. leaders -- including the president and his family] are doing deals with Soviet Union businessmen tied to the KGB. Alarm bells would be going off." And yet, Schweizer cautions, "that's exactly what we're talking about here."

If you've been disgusted by the atrocities in China, you can thank American politicians. They helped make the Chinese Communist Party (CCP) what it is today, Schweizer argues in his New York Times bestseller, Red-Handed: How American Elites Get Rich Helping China Win. "Rather than go toe-to-toe with the United States [militarily or economically]," he said on "Washington Watch," "China is going to effectively decapitate us by buying off our political leadership. And they've had a lot of success in doing this with people in both political parties."

That's one of the most shocking revelations of the book -- that neither party's hands are clean. Democrats and Republicans -- men and women in very sensitive positions -- have essentially been co-opted by the Chinese. These are people with security clearances and intimate knowledge about what's going on in the U.S. government -- and China is leveraging them for information. Now, that's not to say U.S. leaders are leaking classified reports to the Chinese, but it does speak to the regime's unique access to American priorities and personnel.

The Chinese have a saying, Schweizer explains, loosely translated "Big help with a little bad mouth." It means that they understand that political leaders "may have to ding Beijing for human rights abuses or for their treatment of the Uyghurs from time to time." But they're not concerned about that, he insists. "What they want is help on the big issues that are going to help them defeat the United States" -- on Wall Street, with technology, and trade. And they've gone a long way toward that goal, thanks to the Chinese panderers at Google and Microsoft, who are literally subsidizing the artificial intelligence being done in China's labs for their military. "So they're literally aiding and abetting our military rival in the tech race."

China's most valuable assets are people who served in government -- former members of Congress, former senators, former CIA and DOJ employees, former military officers, former secretaries of Defense. They leave, and a good number of them become lobbyists for firms connected to the Chinese military or intelligence-linked companies. "They're getting paid, in some cases, a million dollars a year [to help them] lobby in Washington, D.C.... for Chinese state-owned companies." These are top U.S. officials -- people like John Boehner, Henry Kissinger, Condoleezza Rice, members of the Bush family.

Then, of course, there are the Democrats in office now -- radicals like House Speaker Nancy Pelosi (D-Calif.), Senator Dianne Feinstein (D-Calif.), and President Joe Biden -- whose ties ought to be triggering coast-to-coast outrage. Why do you think Pelosi refused to hold hearings on the origins of COVID, Schweizer has asked? Because her family "has done a lot of business in China since the outbreak," he shakes his head. Same with Feinstein. If she did something to "truly upset Beijing," he pointed out, the Chinese "could literally destroy the family businesses overnight."

After the pandemic and the Olympics, there's been a real grassroots appetite for America to go after China. But the problem is, too many political leaders have become apologists. When America's First Family is getting hush money from the CCP, the odds of getting a robust policy challenging Beijing are slim. Now, there are some conservatives of principle who are doing everything they can to change that -- Senators Tom Cotton (R-Ark.), Marco Rubio (R-Fla.), Josh Hawley (R-Mo.), Marsha Blackburn (R-Tenn.), Rand Paul (R-Ky.), and others -- but they can only do so much until America has an honest conversation about the compromise of the political class.

"We have this lack of character and this lack of moral guidance among a lot of people that leave this country's public service... and then they spend a lifetime cashing in. I mean, it's bad enough if you cash in for some crony deal... But it's more of a problem when you're doing it with our chief rival. And a lot of them are cashing in by doing sweetheart deals and aiding and abetting Beijing in their competition with us." Try doing that in China, Schweizer half-joked. "Try serving in a senior position in the CCP and then suddenly switching sides to do something to benefit the United States." You certainly wouldn't live to tell about it.

At the end of the day, this isn't a red or blue issue, Schweizer points out. "It's a green issue, because -- again -- it's very lucrative." One way he suggests tackling the problem is a U.S. lobbying ban on companies linked to the Chinese military and intelligence -- along with their exclusion from our stock exchanges.

With stakes as high as these, Americans need to choose: you can either serve our country in a sensitive position and be entrusted with information that the average person doesn't have, or you can work for our rival. But you can't do both. And the sooner our public policy reflects that, the more secure our future will be. 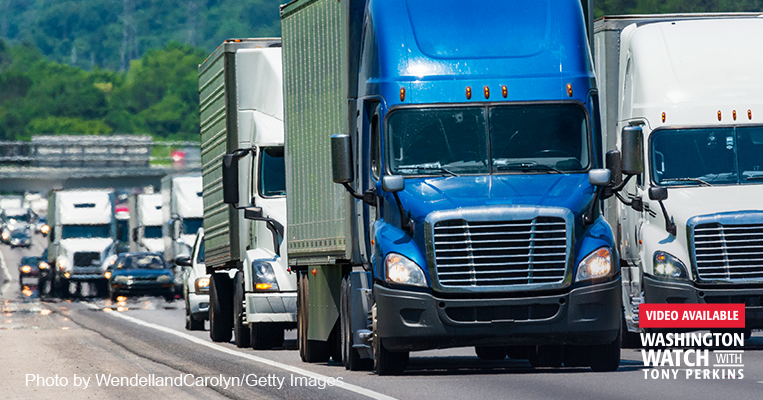 Wish them Truck: Convoys Hit the Road for Freedom
NEXT 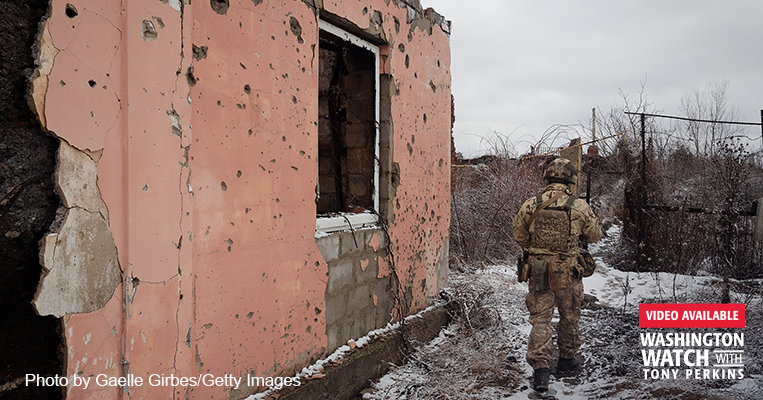 Ukraine -- and the World -- Holds Its Breath