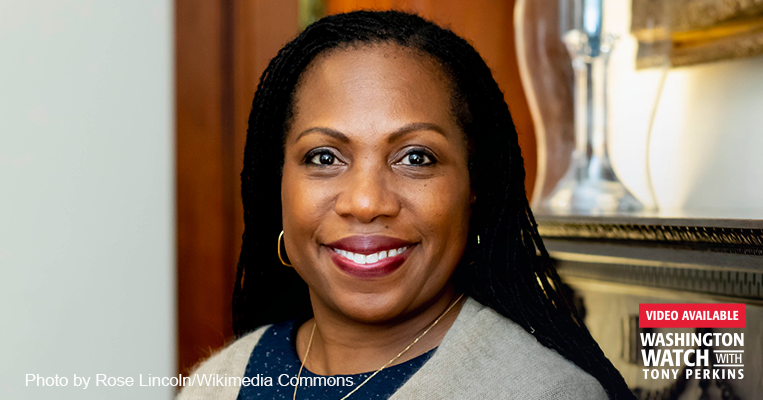 Amid the thunder of war in Europe, President Biden quietly slipped out his nominee to replace Supreme Court Justice Stephen Breyer, age 83, who has announced plans to retire at the end of the current term. Biden's pick is Judge Ketanji Brown Jackson, a federal judge on the D.C. Circuit Court and a former clerk to Justice Breyer. "This was a very clear, radical left pick by President Biden," remarked Katherine Beck Johnson, Research Fellow for Legal and Policy Studies at Family Research Council. "He had several other nominees who were much more moderate on his short list, but he chose [the candidate] who[m] the dark money, radical woke groups really wanted."

President Biden may have calculated that Jackson stood the highest chance (among his self-imposed, narrow subset, consisting only of African American women) of being confirmed by the Senate, because the Senate has already confirmed her three times. During the Obama administration, Jackson was confirmed as vice chairman of the U.S. Sentencing Commission, and then as a district judge. Then last year the Senate confirmed her to the prestigious D.C. Circuit Court.

Despite President Biden doing Jackson the disservice of announcing his refusal to consider any but African American women, Republican Senators seem determined to restore norms of decency and civility to the process of advice and consent. "We're not going to get down in the gutter like they did with Kavanaugh," promised Senator Chuck Grassley (R-Iowa). Senate Minority Leader Mitch McConnell said appointing a black woman to the Supreme Court was "long overdue."

But that doesn't mean Republicans will go easy, either. Senator Lindsey Graham (R-S.C.), who was one of three Republicans to vote to confirm Jackson's appointment to the circuit court, said her nomination demonstrated that "the radical Left has won President Biden over yet again." Senator Marsha Blackburn (R-Tenn.) planned to meet with Jackson and thoroughly vet her record. "A Supreme Court nominee must be committed to upholding the rule of law and Constitution as written. We must not blindly confirm a justice to serve as a rubber stamp for a radical progressive agenda," she said.

What record Jackson has compiled seems to indicate she would be a reliably progressive vote on the Court. Jackson "only had two opinions on the Circuit Court level," Johnson explained, and during her time on the district court, she was "very frequently reversed by... the [D.C.] Circuit Court, which is by no means a conservative court." While Jackson would not dramatically alter the ideological balance, "Justice Breyer is much more moderate," Johnson explained, "especially on issues of religious liberty." Jackson also made a name for herself striking down President Trump's executive orders and shielding a Hillary Clinton aide during her private email scandal. Johnson also pointed to her career before becoming a federal judge, in which Jackson worked for the National Abortion Rights Action League (NARAL) on an amicus brief "arguing that pro-lifers did not have any free speech rights outside abortion clinics."

Needless to say, Judge Jackson would likely be hostile to family values and religious freedom if she makes it onto the Supreme Court. That said, Democrats have the votes to put her on the court without any Republicans. There is neither a short- nor long-term benefit to throwing an embarrassing tantrum, as Democrats did during the nomination process for Justices Kavanaugh and Barrett. So, Republicans are striving to rebuild norms of decency. As Johnson explained, "The tone is very much 'we will be respectful.... From what we know, we are not impressed, but we will give her a fair interview.'" 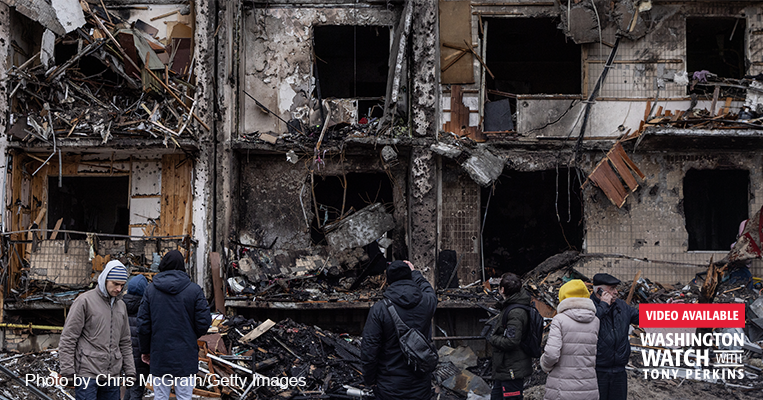 Ukraine's Most Powerful Weapon -- Courage
NEXT 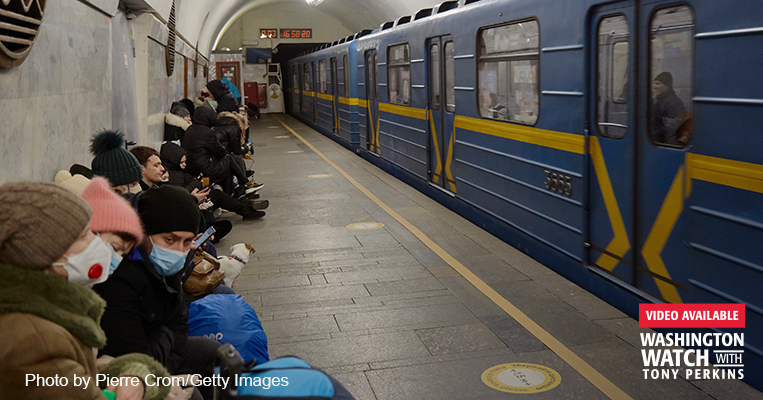 A Twilight for Freedom in Kyiv