'Prove You Are With Us' 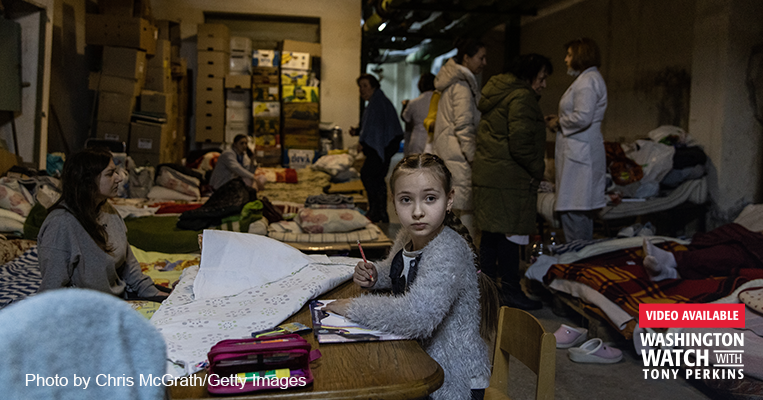 With temperatures plunging below zero, the Ukrainians have a new enemy: the cold. Huddled in unheated subway stations, carparks, and bomb shelters, their allies in the U.S. watch the missiles hit their targets with fresh concern. "[The Russians] are destroying critical infrastructure," Secretary of State Antony Blinken warned, "which provides millions of people across Ukraine with... gas to keep them from freezing to death." For now, Kyiv's electricity, water, and heat are holding up, but no one is quite sure for how long.

In a somber video Tuesday, Kyiv's mayor had a dire message. "The enemy is on the outskirts of the capital," he announced. "I ask everyone to keep calm... and stay in shelters." As the massive 40-mile long Russian military convoy closed in on the capital -- bringing armored vehicles, tanks, and artillery closer to the city borders -- President Volodymyr Zelensky desperately worked to have Ukraine admitted into the European Union. In a video message that made the translator choke up with emotion, Zelensky said, "We are fighting for our land and freedom. We desire to see our children alive... We have proven that, at a minimum, we are exactly the same as you. So prove you are with us. Prove that you will not let us go... Then, life will win over death and light will win over darkness."

As the European Parliament rose to their feet in a standing ovation, President Joe Biden was racing to adapt his own speech to America. In a candid moment during their 30-minute phone call today, Zelensky urged him to make it strong and "useful" on the war in Ukraine. In the meantime, Russian and Ukrainian forces have agreed to a second round of talks -- even after Vladimir Putin refused to consider a ceasefire. Before that happens, Zelensky told reporters, "I really wanted -- and I urged them -- you have to, first of all, everybody has to stop fighting and go to that point from where it began five, six days ago... If you'll do these and if those side is ready, it means that they are ready for the peace. If they don't, it means that you're just, you know, just... wasting time," he said.

But FRC's Lt. General (Ret.) Jerry Boykin isn't so sure Putin is interested in peace. "What people need to understand is that the Ukrainians have had one enemy since they became a sovereign nation... and that was Russia... They knew that ultimately this could happen, and they have done great preparation." But it's not Ukraine's preparation that has impressed the world. It's their resolve.

As Russian morale "flags," Ukrainians are more determined than ever to protect their soil. The great equalizer on the battlefield, Boykin explains, "is two things. It's unity or unit cohesion and a purpose. The Ukrainians have both. The Russians, it's very questionable because they've got a conscripted military. They have a lot of young men out there that are not unlike American men -- they have never been tested. This is their first combat." Other than a small incursion in Chechnya, the last combat Russia saw was in 1989 when they pulled out of Afghanistan. Frankly, he said, this is a military that is "totally incapable" of pulling off a complex operation like Putin has called for in Ukraine. "So yeah, I think he bit off more than he can chew."

That said, Kyiv is bracing for a very fierce and very imminent battle. Earlier today, soldiers moved mountains of sand to block main roads. In other squares, there were rows of massive concrete panels staggered to stop tanks and troops. Other barriers were more primitive -- stacks of metal, wood, old tires, anything that would get in the way. Everywhere else, there are flags -- blue and yellow symbols of defiance posted on windows, above doorways, at checkpoints.

A lot of the young men holding rifles aren't in uniforms but tracksuits, tennis shoes, gloves, and coats. "I'm not a professional soldier at all," one says, "but I can try and I can do my best and I will do it if Russian forces enter Kyiv." Incredibly, CNN points out, "Most of the men at the checkpoints are smiling. When a car passes through, they greet its passengers, wave, and wish them a safe journey, wherever they are going." Others give a "V" sign for the victory they hope will come.

Until then, they -- like the rest of the world -- wait and pray, believing with all of their might that courage will carry the day. 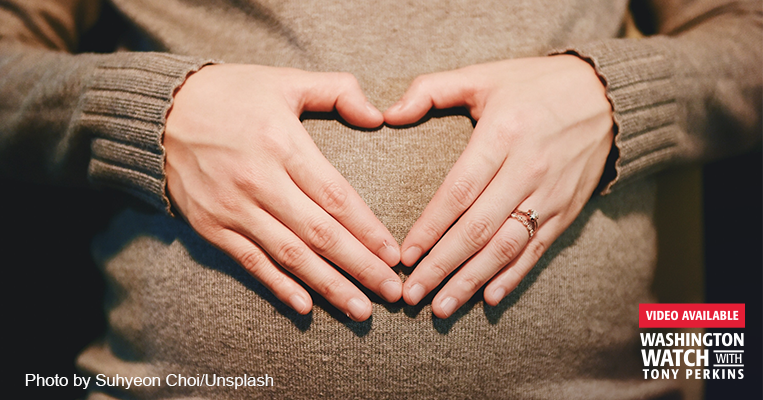 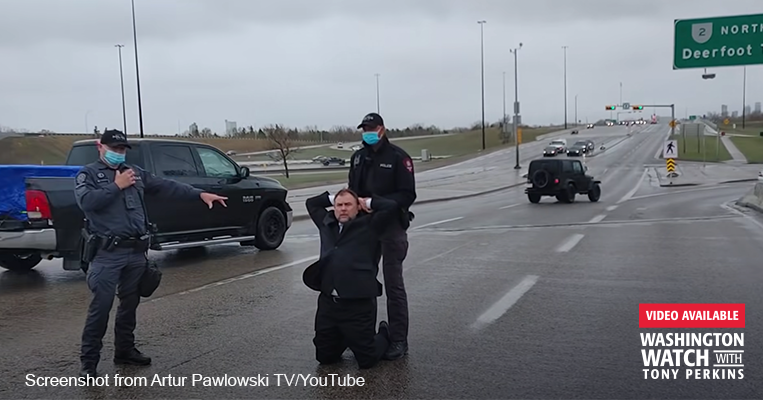 Oh No, Canada: Locking up Pastors in the New Regime