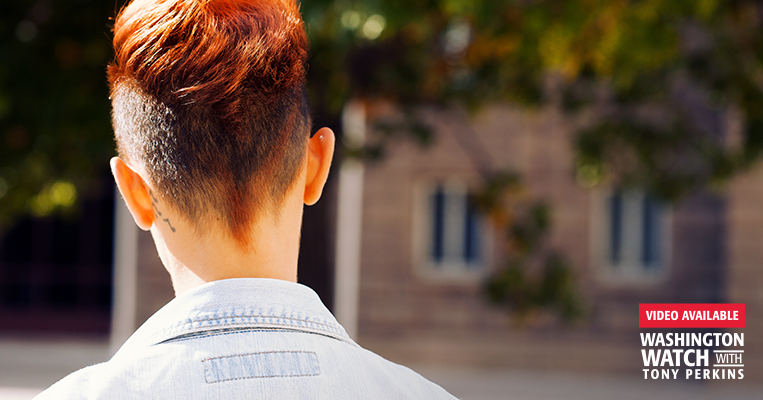 "It's in the schools. It's online. It's in cartoons and media. It's in the medical system. There is a coordinated attack on our children... And I would just say, you just cannot be too careful." –Brenton Netz, father of a gender-indoctrinated son

He said that he's the only adult in his son's life who is not affirming his "delusion." For Brenton Netz, dad of Miles, that's meant a painful last two years. "[T]he schools are calling him Miley. ... Everybody in the medical establishment treats him as a girl, calls him Miley," he explained. "If anybody met my son, within the first five minutes, you would realize that... he's incapable of coming to those conclusions." And yet, Netz warned, "If they can do it to my son, they can do it to any child."

For parents like Brenton, this past weekend's Detrans Awareness Day hits especially close to home. At 12, Miles hasn't undergone any radical gender surgeries or taken the dangerous cross-sex hormones, but that's only because Netz won a court order to keep therapists from taking him further down this destructive path with "gender-affirming" treatment. But when he reads the stories of teenagers who've walked down this agonizing path or mutilated their bodies, it feels personal. "If I had to do it all over again, there would be a lot of things I would do differently. I would not have my son interact with these institutions. I would homeschool him. I'd be very careful with everyone, any adult that has influence in his life, because [this ideology] just seems to be everywhere."

On Saturday, when a flood of detransitioners posted their testimonies and pictures on social media, people couldn't help but be moved at what this ideology is doing to our children. As a trauma therapist, FRC's Dr. Jennifer Bauwens believes that the simple act of bringing awareness to this nightmare could make all the difference. In a special column about the significance of March 12, she explains:

"These individuals have been repeatedly silenced and ignored, particularly by the medical and psychological professions. Before altering their bodies, many who have struggled with gender dysphoria reported that their peers, as well as their transgender advocacy, medical, and psychological groups, rallied around them and encouraged them to hormonally and surgically change their bodies to appear more like the opposite sex. Over time, many have come to regret their physiological alterations..."

Bauwens walks readers through the shocking research -- that many patients felt pressured to change their identity; that men and women who identify as transgender have higher rates of childhood physical, sexual, and emotional abuse than the general population; that transitioning didn't necessarily improve people's mental health. But, as she points out, there's been a suppression of that research -- and any research -- that doesn't toe the transgender line. "So I'm excited to see that there are people who are saying, 'We're going to stand up for this population,'" she said on "Washington Watch."

For parents like Brenton, it's reassuring that Americans are finally starting to see -- through girls' sports and other attacks on gender -- that this isn't a compassionate agenda. That President Joe Biden, with his extremist transgender fixation, doesn't have kids' backs. "I feel like a lot of people are waking up," Netz says, encouraged. "I have been fighting this for over two years now, and I can tell you that we've made a lot of progress. There [are] a lot more people that I've seen in my own life paying attention to this issue... And I think we're gaining ground... People [who] just a year or two ago [had] never even heard [what] a transgender is and [what] a trans kid is -- now they're beginning to understand the subject, and they're usually not for it."

But, as Jennifer points out, there's still a lot of work to do. Support the SAFE Acts and sports bills moving in your state. Encourage your elected representatives to hold these professional organizations and gender clinics accountable for their promotion of harmful practices. Together, "let's call mental health and health practitioners back to their roots of truly helping those without a voice."

**For more information, check out these links on ethics and mental health issues related to transgender procedures. 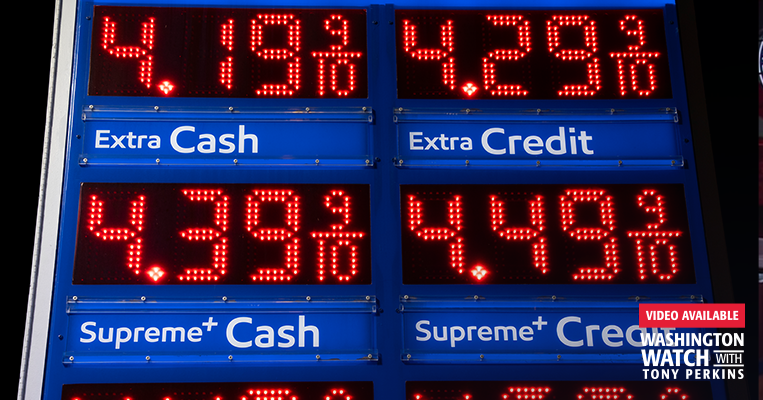 The Gas Is Always Greener on the Other Side
NEXT 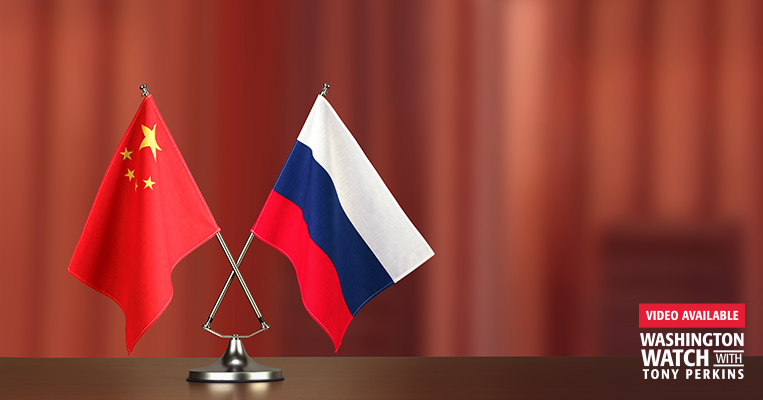