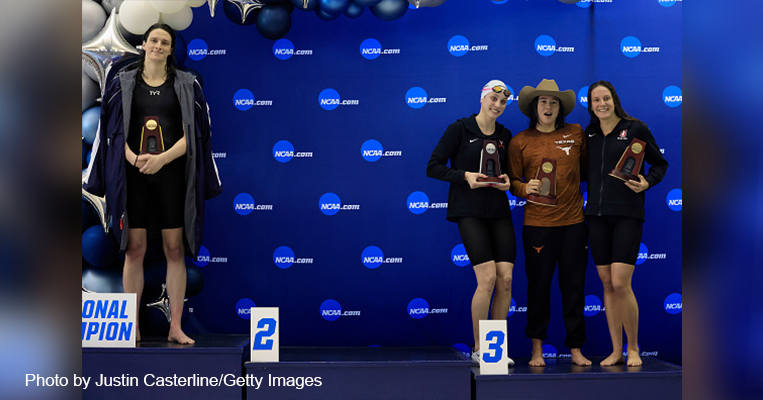 "I want people to wake up to the world we are creating for women." That was the emotional appeal of an Ivy League mom, who's desperately been trying to find a legal solution to the Lia Thomas swimming controversy. But she didn't find one in time for this week's NCAA championship in Atlanta, where the biological male competed, sweeping events that should have belonged to women. It's a joke, one commentator raged -- "and biological women are the punchline."

The story, which has consumed the sports world leading up to Thursday, had a predictable ending. The swimmer formerly known as William Thomas went to Atlanta and crushed the best girls' competition -- becoming, the Leftist media gushed, "the first transgender athlete to win a Division I championship in any sport." Taking it a step farther, the Washington Post's Sally Jenkins shamed Lia's critics as "uncivil fearmongers" before declaring, "Hate to tell you, but in a way, everyone is trans." We are all transforming, she insisted. We're all on the way to becoming "someone profoundly different than we were."

What nonsense! Not everyone's "profound differences" ignore humanity's physical and genetic disparities in a way that's harming other people. And that's what this debate is about. It's not about being scared or intolerant (two very predictable taunts from the Left). It's about erasing the uniqueness of God's creation to please a radical fringe. We're not "transphobic," the Blaze's Jason Whitman fired back at Jenkins. "[We're] lie-phobic... Rather than treat Thomas's [gender] dysphoria, we have chosen to adopt it as our own, normalize it, and build a world obedient to feelings over truth... Our fear and reluctance to confront and combat those lies doom this nation."

Most Americans -- parents especially -- are wide awake to this reality and what it could mean. When Thomas got out of the water with a win, the reaction was unusually subdued. One protestor shouted for the pool to hear, "He's a man! Shame on the NCAA!" In a quick interview with ESPN, he said it "means the world to be here," then refused to attend the required post-race press conference, where, as one pundit noted, he would have had to answer questions like, "How does it feel to cheat Emma Weyant out of a national championship?"

But the podium picture at the end of the 500-meter final told viewers everything they needed to know. Thomas, a hulking man who literally towered above the competition, stood alone on the first place stand, while the other three girls -- rightfully first, second, and third -- crowded together on one podium for a photo op as far away from Lia as possible. The applause, people noted, for Emma Weyant -- the runner up who swam her personal best -- was noticeably louder, because, as Angela Morabito pointed out sadly, "Second is the new first."

Outside, the sidewalks were full of protestors from the Save Women's Sports organization. Some of them were swimmers, who stopped to tell the media the heartbreaking stories of teammates who were bumped out of the finals because Lia took their spot. "We are all very disappointed and frustrated with someone who has capabilities more than us women have to be able to compete at this level and take opportunities away from women..." one Virginia Tech competitor pointed out. "It's [hard] to see someone who went through puberty as a male and has the body of a male be able to absolutely blow away the competition. And you go into it with the mindset that you don't have a chance."

Earlier that day, Concerned Women for America announced that they'd filed a Title IX complaint against the University of Pennsylvania for allowing Thomas to compete on the girls' team. "The future of women's sports is at risk," the organization insisted. There had been talk that some of the girls might boycott, but ultimately, former official Cynthia Millen said, "Those are 19-, 20-year-old kids. It's up to us. We're the ones who are supposed to be providing this fair competition. We should be the ones saying, 'Wait a minute.'"

Millen, who quit her job at USA Swimming over the controversy, said that "if Lia came on my deck, as a referee, I would pull the coach aside and say, 'Lia can swim, but Lia can swim exhibition or time trial. Lia cannot compete against those women because that's not fair." That doesn't mean she's critical of Lia -- "whatever's going on, Lia's a child of God, a precious person. But bodies swim against bodies. That's a male body swimming against females. And that male body can never change."

** If you want to get involved, there's a groundswell of support for protecting the genders as God created them. Save Women's sports is keeping track of dozens of bills that are being considered as we speak in state legislatures. Make sure you contact your leaders and speak out in support of America's daughters. Then, send your own letter to the NCAA, urging them to change their transgender policy. A sample letter and contact information can be found here. 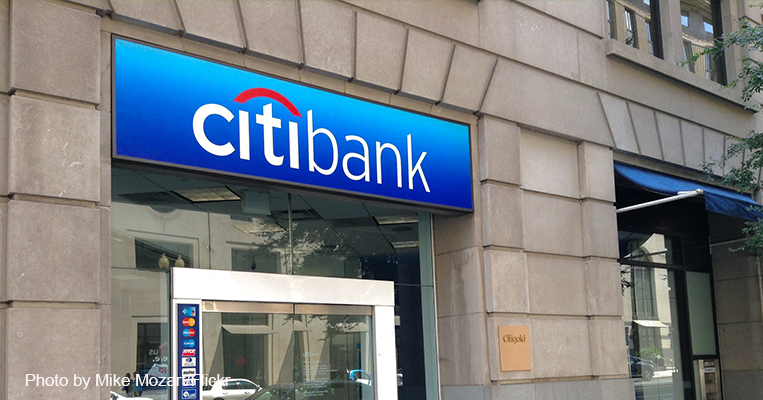 It Takes a Citi... to Abort a Child
NEXT 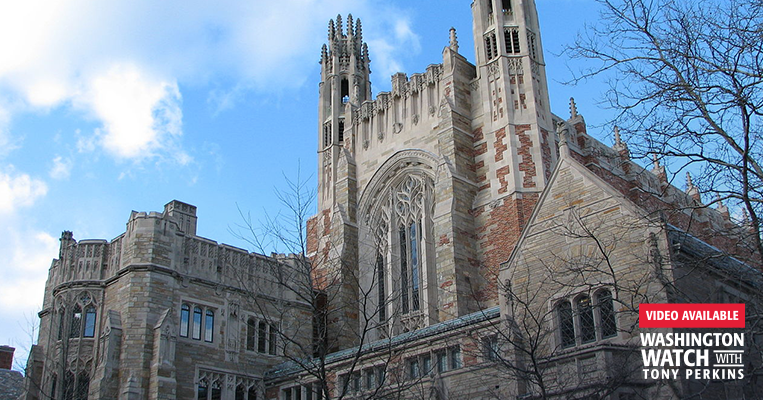 Surviving the Yale Mob: What a Vicious Protest Says about Ivy Law