Biden Fails in the Blanks on Key Issues 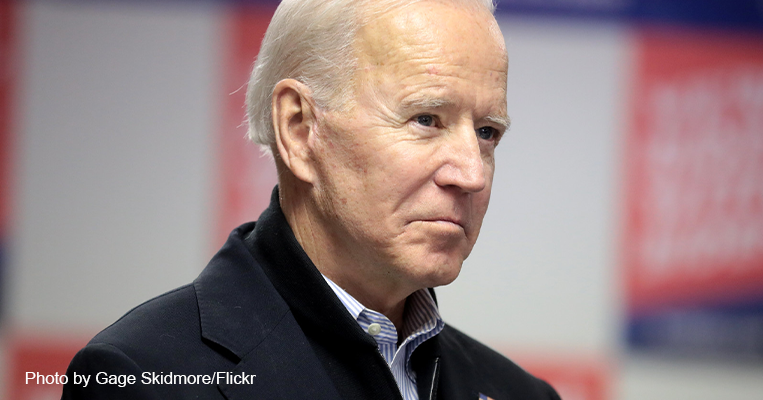 In the mad dash to turn things around before "a tornado hits Democrats" this November, the president has tried a lot of things. He's spent more, mandated more, and floated wild ideas like stacking the Supreme Court and federalizing elections. He's turned to his green lobby, his rainbow lobby, his deep blue progressive base lobby. But none of Joe Biden's "solutions" have actually bothered to address our real problems. The disaster he's made of the economy, southern border, foreign policy, U.S. energy production, and education are like fires raging out of control. And yet -- even now -- seven months away from a political reckoning for his party, there's not a single sign that Biden is ready to pivot.

The White House's latest idea for fighting Biden's basement-level approval ratings is leaning into another hard-Left priority: gun control. While crime soars in major cities, the DOJ is announcing a new rule that classifies certain gun-making kits as "firearms," an effort -- they say -- to crack down on the number of "ghost guns" flooding the streets. As NRO's David Harsanyi has explained, "ghost gun" is a "scary-sounding" term for firearms that are "made by hobbyists" who buy their guns about 80-percent assembled and finish the project themselves. In typical Democrat fashion, the Left is going after these homemade guns, claiming that they're behind this latest wave of shootings and homicides.

Harsanyi says that's ridiculous. "Over the past few years, there have been numerous pieces written about the rise of 'ghost guns.' In most of them, unskeptical journalists allow law-enforcement officials to make rather improbable claims. The ambiguity of the phrase 'ghost gun'... allows gun-control advocates to conflate homemade guns with firearms that have had their serial numbers removed (which is illegal)." In reality, he explains, "There are very few incidents in the past decade I could find involving homemade weapons... Criminals have a far easier time obtaining a gun without any serial number than buying expensive parts and building one."

As usual, this is about Biden "doing something," Harsanyi points out, "which usually means inhibiting law-abiding gun owners, and doing nothing about the underlying problem." It's just another example of this White House claiming to tackle an issue when, in actuality, they're just pandering to their radical base. If the president wants to address the crime wave that's gripping most Democratically-run cities, then how about re-funding the police? Closing the border? Enforcing existing laws? A ban on homemade guns might excite the president's anti-gun donors, but it won't do a thing to stop the violent crime that's a direct result of the Left's morally bankrupt policies.

Making matters worse, some members of the media concede, the president is losing the culture wars. His constant drumbeat on LGBT issues is so outside the mainstream that it's becoming a political liability, a panel on "Meet the Press" agreed. In particular, they pointed to the Democrats' over-the-top messaging on the Florida parental rights law. "If you were to ask the average parent of a first-grader, 'Do you want your kid to be taught about sex in first grade?' Most parents would probably say, 'Ew, probably not,'" Josh Lederman told Chuck Todd. That's where the Left's aggressive messaging has become "a real problem for Democrats," the panelists admitted. On things like gender and sexuality, Biden's party has "consistently been -- or at least perceived to be -- on the wrong side of this issue."

But, like Biden, the Democratic party is under the thumb of the hard Left. "You'd think that Democrats facing difficult races in 2022 and beyond would be doing everything they could to distance themselves from their party's national image on social issues," Nate Hochman mused. But "[e]ven in the face of a coming red wave, the party has continued to double down on the deeply unpopular Left-wing cultural ideology that has captured the imagination of its activist class."

The president's party has seven months left to meet voters in the middle. If they don't, Senate Minority Leader Mitch McConnell (R-Ky.) warns, Republicans will push them there personally. "Let me put it this way," the Kentucky senator said over the weekend. "Biden ran as a moderate. If I'm the majority leader in the Senate, and [House Minority Leader] Kevin McCarthy (R-Calif.) is the speaker of the House, we'll make sure Joe Biden is a moderate." 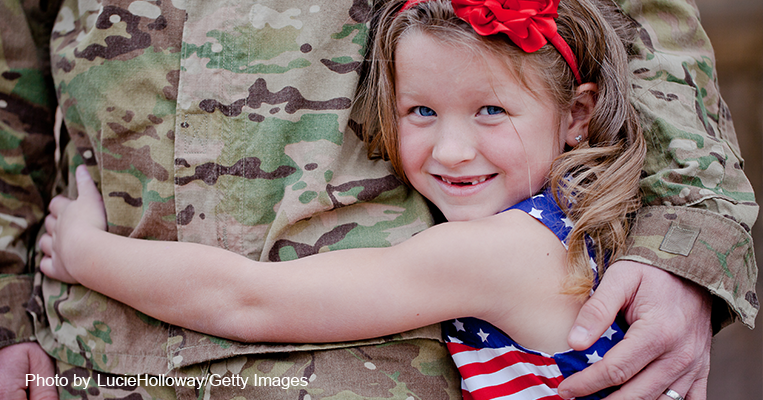 Are DOD Schools Fit for Service?
NEXT 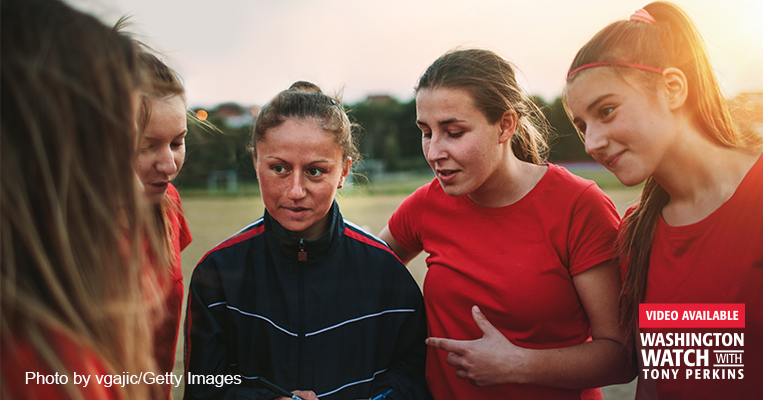