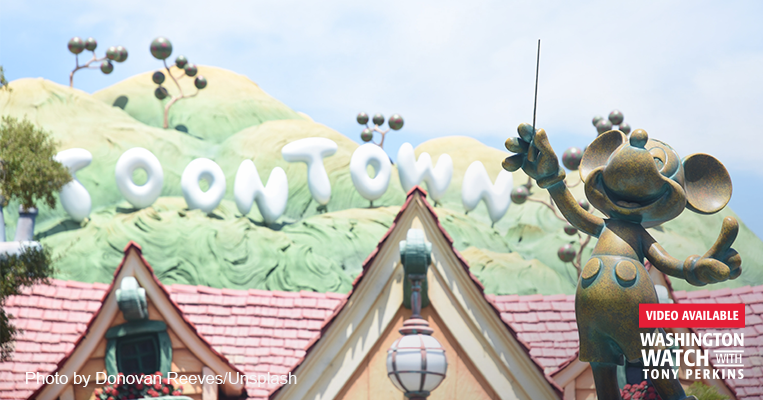 When Disney turns 100 next year, there could be a lot of empty seats at the party. Americans -- who had plenty of reasons to be suspicious of the company before Florida's law -- are furious with Bob Chapek's kingdom now. After decades of pushing the LGBT envelope, Disney is finally reaping the whirlwind for trying to rub families' faces in their extremism. In the war between parents and every woke CEO who aided and abetted the Left, this was the final straw. And both sides know it.

"People are just straight-up mad at Disney," Mark Meckler agreed. With the help of Trafalgar Group, his organization, Convention of States Action, decided to take America's temperature on the "House of Mouse." And one of the things they found so interesting about their poll was "the level of anger that's expressed" by people. They're irate, Meckler insisted. An eye-popping majority -- 68 percent -- said they were "less likely" to do business with Disney and its subsidiaries now that the curtain has been pulled back on the company's aggressive plans to sexualize kids.

"You would expect Republicans [to feel that way]," Meckler pointed out -- and they do. "You would expect, probably, Independents. [But] I think the extraordinary number (which is almost a majority) is the 48 percent of Democrats [who] say they're less likely to do business with Disney over what [it's] doing to indoctrinate their children... People are really mad -- and rightly so."

Across social media, the stories of moms and dads canceling trips to Disney or ending their subscriptions to Disney+ are coming in bigger and bigger waves. Elected officials are openly calling for boycotts of the company now -- or, in the GOP's case, returning their Disney campaign donations. "Parents trusted the Disney brand," Lt. Governor Dan Patrick (R-Texas) fumed, "all while Disney was undermining parents who believed Disney was a quality and good company... Stop spending money with them. Cut off the Disney Channel. Cancel your park trip or your cruise if one is planned. If you own Disney stock," he insisted, "sell it... Spread these videos to your friends. People must see what's been going on behind the Mickey curtain."

Editorial pages in outlets like the Wall Street Journal are filling up with letters to the editors by couples like Terry and Diann Dempsey from Georgia who say, "We are ashamed to be shareholders." "The corporate brain trust running Disney is cutting off the hands that have fed them generously for 99 years..." they wrote. "We are grandparents who will now not be funding a trip to Disney World for our grandson. It's past time for the tiny tail to stop wagging the big dog."

For Chapek, the headache only got bigger when the internal feud boiled over between conservative employees and the radical activists calling the shots. "We watch quietly as our beliefs come under attack from our own employer, and we frequently see those who share our opinions condemned as villains by our own leadership," unnamed staffers wrote to management. Others are getting brave enough to speak publicly. During a protest at company headquarters last week, a woman who introduced herself as a Disney cast member took the microphone and said, "It's okay to stand up for righteousness... Any Disney cast members that are afraid to be bold, that are afraid to be courageous, stand up. It's okay. You're not alone."

And that seems to be the sentiment from conservatives -- not just when it comes to Disney, but to every woke corporation: fight back. Case in point. In Washington, D.C., Republicans are determined to deliver a wake-up call to CitiGroup for agreeing to pay for abortion-related travel and hotel expenses for staff. In a letter spearheaded by Rep. Mike Johnson (R-La.), 45 members sent a letter to the chamber's Chief Administrative Officer (CAO), demanding an immediate end to the House's patronage of CitiGroup. "They [have] the exclusive contract" for House offices, Johnson explained on "Washington Watch." "We use those credit cards -- every House office does -- to fund travel and office supplies and all of the various expenses that are needed on a daily operation of our offices. Citi has the entire monopoly on that enterprise."

And that's a real problem, Johnson pointed out, in a federal government where not a cent of taxpayer money is allowed to cover abortion. "So this flies right in the face, the spirit of our policies, the letter of the law. And we think with this they have forfeited the right to do business with the House of Representatives... We're not going to be a part of that."

If these CEOs want to get in bed with the extreme Left on things like election reform or parents' rights, then it's time for conservatives to slam the door in their face when they come begging for tax breaks and favorable regulatory policies. From my perspective, the message should be simple: If you want to push the Squad's social agenda, then sit down with them and let them handle your economic policy.

"I think corporate America has taken all of us for granted," Johnson agreed. "They take conservatives for granted. They've taken the grassroots for granted. And I think those days are numbered. People... have had enough. They're tired of being taken advantage of... They see what's happening, and they don't want any part of it. And so I think there's going to be a backlash... I think you'll see [the political wave] in November. But I think you'll see the reverberation of this throughout the culture for some time to come. And it could not happen soon enough." 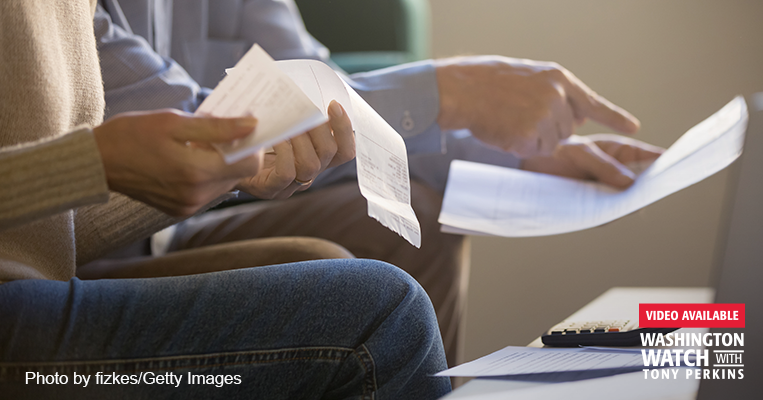 A Rising Price Steals All Meals
NEXT 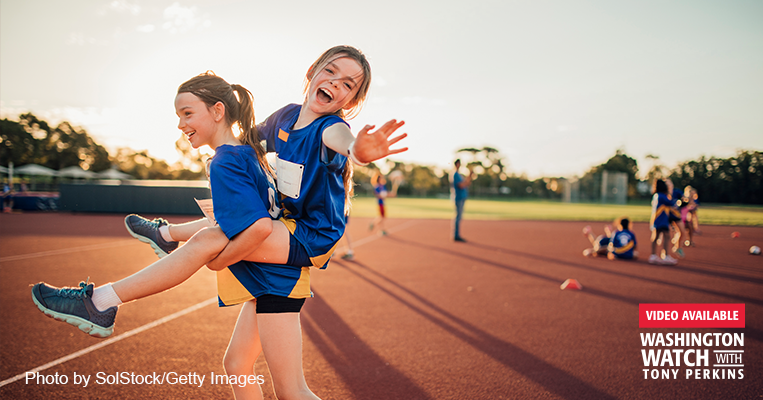 Bad Sport: After Losing in Congress, Biden Rigs the Game