In the Face of Atrocities, Ukraine's Resilience Shines Through 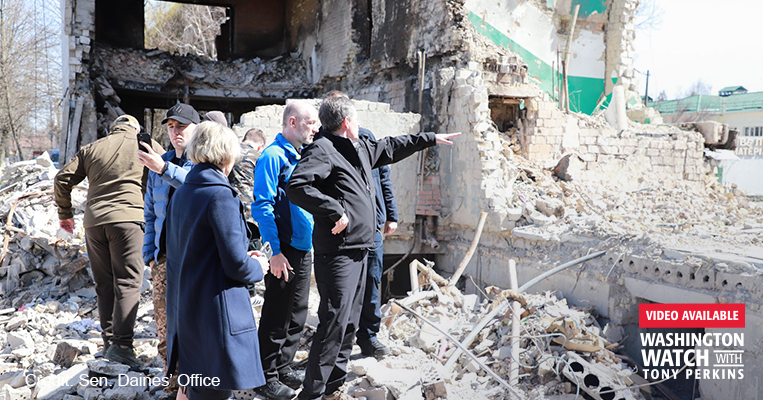 During a visit to Eastern Europe in early April, Senator Steve Daines (R-Mont.) received an unexpected call from a Ukrainian friend.

"I was called by a dear friend of mine from Ukraine who is a member of parliament, also a member of the evangelical faith family of Ukraine," Daines said on "Washington Watch." "He said, 'Steve... we want to take you out to Bucha.'"

As has been painstakingly reported over the last month, Bucha is the town just outside of the Ukrainian capital of Kiev where overwhelming evidence suggests that Russian forces committed war crimes, including the execution of civilian women and children.

"I... saw firsthand, Tony, the irrefutable evidence of the atrocities committed against these innocent Ukrainian people," Daines said. "It was absolutely horrible. I wish nobody would have to see what I saw. The devastation of the ... residential complexes destroyed by Russians. These are civilians, Tony. These were grandmas and grandpas and moms and dads raising their children in a little village outside of Kiev destroyed by the Russians. And then these innocent civilians [were] murdered, executed, and buried in shallow graves."

Daines was among the first U.S. officials to visit Ukraine since Russia invaded the country in February. This past Sunday, Secretary of State Antony Blinken and Defense Secretary Lloyd Austin also visited Ukraine to announce that U.S. diplomats would soon return to the country, along with the announcement of increased military training for Ukrainian forces. Their visit followed the news that the U.S. would be supplying an additional $713 million in military equipment to the country.

Daines went on to underscore just how important this military aid could be in keeping the conflict from spreading further into neighboring countries.

"We're very concerned what might happen in Moldova as the Russians advance to the west," he said. "And then you've got the Russians right up against Romania. This becomes a very dangerous situation, and that is why it's so important that we give the Ukrainians the lethal aid they need, not just to hold off the Russians, but to beat the Russians. It's important Ukraine wins this war."

On this point, Lt. Gen. (Ret.) Jerry Boykin added a hopeful note. "I think ... the administration has just accepted the fact that the Ukrainians actually could win this thing," he pointed out on "Washington Watch." "They expected a three to seven-day war and then a change of government. And it hasn't happened. And in fact, the Ukrainians have surprised probably the whole world with the veracity and the toughness that they've demonstrated on the battlefield ... I think what we have here now is a situation where the administration of Joe Biden is accepting that these guys may be on the winning side, and we need to get in behind them and support them."

As Tony Perkins observed in his conversation with Daines, it's not just Ukraine's fighting ability that is carrying them through, but their faith.

"Not only is it the strong military, but a strong faith community," Perkins said. "As you talked about, it was the pastors that escorted you that are there ministering, that are standing really in the spiritual defense of their nation. And that's why we've got to protect religious freedom as well." 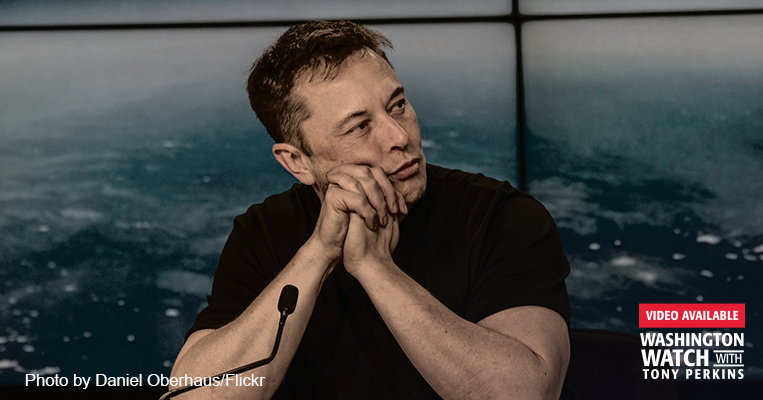 Taking the Sting out of Babylon's Cultural Quarrels
NEXT