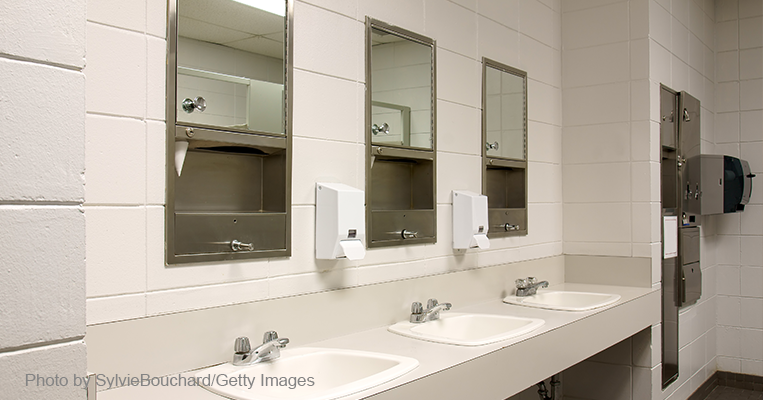 According to a new poll, Oregon Governor Kate Brown (D) is officially the least popular governor in America. And considering the law she just signed, it's not hard to see why. Thanks to the Menstrual Dignity Act that just passed, local taxpayers are now on the hook for thousands of new tampon dispensers in boys' bathrooms. This latest madness, which affects every public school and college in the state, is expected to cost up to $400 a machine. And school custodians aren't the only ones upset about it.

"This will show all of our youth, and especially our trans youth, that the bathroom they're using, that affirms their gender, that it's for them," argued one Portland resident, "and it has the products there that they might need." Legislators agreed, expanding a bill that was originally intended to give female students free sanitary products at school. Now, in an absurd gesture, the state has decided to "affirm the right to menstrual dignity for transgender, intersex, nonbinary, and two-spirit students" by trying to "minimize negative attention that could put them at risk of harm... during menstruation."

In the state's guidance, school officials are told to use gender-neutral phrases like "menstruating students" instead of "girls." When it comes to explaining the reproductive process, teachers are instructed to tell kids that "someone with a uterus and ovaries may begin to menstruate," instead of girls. There's no such thing as "female hygiene products," the toolkit argues -- only "menstrual products."

Obviously, state leaders didn't bother to consult their counterparts in Illinois, where a similar move has literally opened the floodgates to expensive plumbing issues and mischief. "When you give a grade-school boy something that's adhesive, they're going to put it in places," Illinois Republicans argued during their debate. "These products are not inexpensive, and they are going to be misused if they are placed in elementary school boys' bathrooms," state Rep. Avery Bourne (R) fumed last year. Case in point: campuses like Loyola University, where janitors are dealing with all kinds of pranks, tampering, and vandalism. Sanitary pads "would end up on the mirrors, in the sinks, down the toilet, and completely thrown out," one students' group complained.

School administrators have also had to deal with the fallout of this lunacy in Illinois, admitting, "Operationally for our building, yes, it is creating problems..." Huntley High Assistant Principal Tom Kempf said. "[T]he custodian has to spend an extra hour fixing something..." What's next? Urinals in the girls' restrooms? "I'm telling you, there is no logic here," state Senator Jil Tracy (R) warned before the state ignored her and passed the bill. "We've got to quit playing these stupid silly games here and get real and get fiscally responsible."

Unfortunately, "menstrual equity" is only scratching the surface of outrage in most states, where parents are fighting a much more sinister abuse of their authority. In Florida, mom January Littlejohn is actually suing her school district for helping her teenage daughter transition without her consent. On "Fox & Friends" this morning, she explained how she stumbled on a "transgender support plan" that school officials were working on behind Littlejohn's back that included everything from preferred pronouns, overnight rooming situations for fieldtrips, switching to boys' restrooms, and other steps that they never called home to discuss.

"This is happening all over the nation," Littlejohn warned. "This same protocol is in place in many, many schools across districts everywhere... So this is a very systematic way that parents are being excluded from important decisions occurring with their children -- and, further, social transition is a medical intervention that schools are grossly unqualified to be taking these steps without parental involvement."

Her attorney, Vernadette Broyles, pointed out that there's a wave of lawsuits across the country from parents experiencing this same injustice. In places like Wisconsin, Maryland, Oregon, and California, she pointed out, moms and dads are starting to realize that "this is a national agenda... and they need to assert [their rights] with their school."

Joe Biden's radical Education secretary, Miguel Cardona, has been on the receiving end of a lot of angry letters from Republicans, who see the president's administration -- and woke districts across the country -- "withholding information from parents... at an alarming pace." North Carolina's Rep. Virginia Foxx (R) and Senator Richard Burr (R) were furious that a 12-year-old girl attempted suicide after the school pushed her to embrace her new gender identity "without notifying the parents." "There's little to no accountability coming from this administration," Foxx and Burr wrote to Cardona earlier this year. "How many more children will be put in harm's way if school districts are not being held to account?"

In places like Missouri, state leaders are racing to keep this dangerous ideology at arm's length. Right now, local conservatives are working against the clock to move a bill that would outlaw this radical gender therapy (including hormones and surgery) for children out of the Rules Committee and onto to the floor. So far, it's been stalled by one man -- the committee's chairman, Philip Christofanelli (R). If you live in Missouri, we're urging you to call and respectfully demand that they vote to protect Missouri kids. 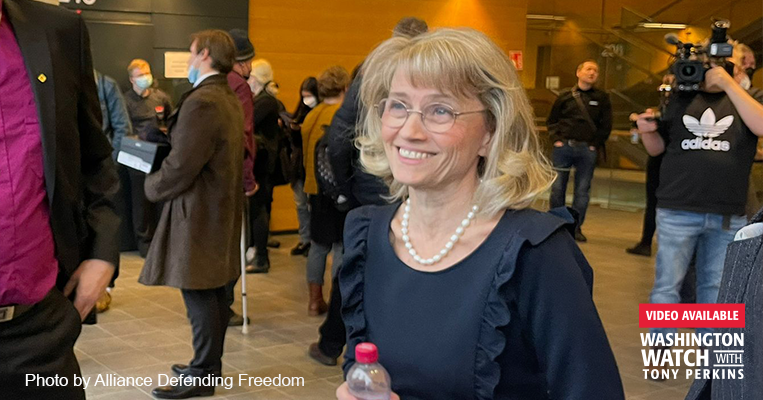 Staying Strong to the Finnish
NEXT 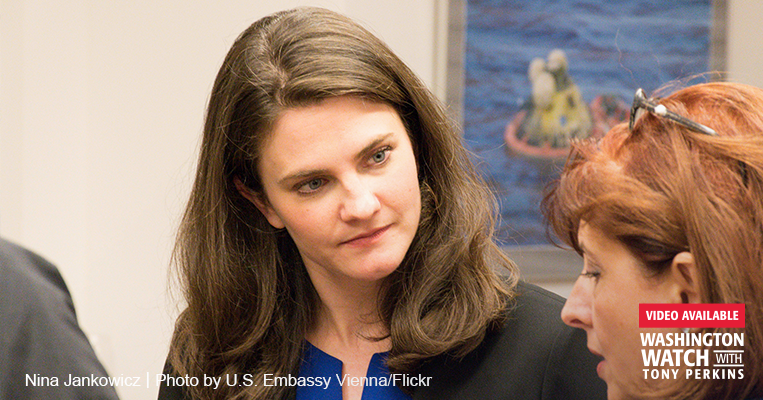