Yellen for Abortion Is Never Good 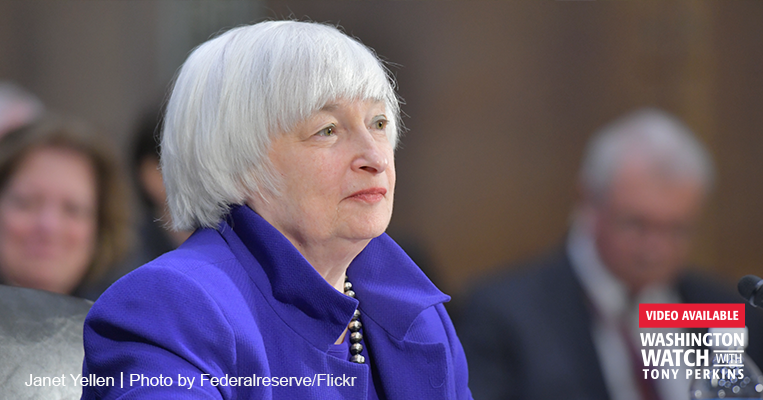 The pending U.S. Supreme Court decision in Dobbs v. Jackson Women's Health Organization has dominated most conversation on Capitol Hill over the past week. U.S. Treasury Secretary Janet Yellen's comments at the Senate Banking Committee hearing were no exception.

To this, Yellen replied, "I believe that eliminating the rights of women to make decisions about when and whether to have children would have very damaging effects on the economy and would set women back decades. Roe v. Wade... helped increase labor force participation, it enabled many women to finish school that increased their earning potential, it allowed women to plan and balance their families and careers."

As Americans are paying a record high $4.17 per gallon of gas, the economy is at the forefront of people's minds, and Democrats know this. Although it seems likely that whoever leaked Samuel Alito's draft in Dobbs did so with the intent of stirring up the far Left voter base, current polling is showing a failure to accomplish this goal. Consequently, Democrats have pivoted from talking about "the right to abortion" to talking about abortion as the safeguard of same-sex marriage, contraception, and now economic security.

As Congressman Kevin Brady (R-Texas) pointed out on "Washington Watch" with Tony Perkins, "For you and me and everyone in the pro-life movement, it's always offensive when someone tries to put a dollar amount to these lives, unborn lives, many of whom are babies of color."

He's right, but this shift, although revolting, is not surprising. Abortion has always been about money. In 1972, Title IX was enacted outlawing discrimination based on sex in education programs. Shortly after, with the influx of women into higher education and in the following years, the work force, companies should have been forced to recreate their work environments to be compatible with women -- including their ability to be mothers.

But in 1973, Roe v. Wade was decided, and abortion offered one solution to the conflict between the workplace and motherhood. Conveniently, many who promoted abortion were lauded as promoting women's opportunities in the workplace, when really, they were cementing corporate America as a man's world.

As time went on, many businesses added parental leave, but most companies recognize that their generous policy of 12 or 16 weeks of paid leave is expensive; that after having children, 49 percent of women stop working outside the home; and that hiring, retraining, and replacing an employee costs companies about 33 percent of a worker's salary. This is likely at least part of the reason corporations like Amazon, Citigroup, and Yelp have opted to offer a $4,000 abortion travel "benefit" to their employees.

In his very next question during Yellen's hearing, unbeknownst to him, Menendez acknowledged this. He continued, "The federal reserve chair, Chairman Powell, has acknowledged that part of the labor shortage is being fueled by an inordinately high number of retirements. According to the most recent figures from the Bureau of Labor Statistics, there are now two job openings per unemployed worker in the country. It's about 11 million jobs that are going unfilled, which has an economic consequence by virtue of them going unfilled. In short, we just don't have enough people to replace those who are leaving the labor force now."

What Menendez has admitted is exactly what FRC previously reported: "The assertion that by eliminating a population, one no longer has to spend money to feed or clothe that population, ignores the fact that one thereby destroys a population that will work."

Brady echoed the positive impact more people have on the economy and said, "The country and the states that have the workers are the ones who are going to win the economic future. So, you know, I think if you were to take such a moral issue and try to put an economic spin on it, you would have to come to the conclusion it is good for America to have more young people, more opportunities, more skills, more hopes, and dreams."

From an economic standpoint, what Yellen has failed to realize is that people, babies in particular, are not causing our economy to tank. Quite the opposite is true; they are the solution. But more importantly, Yellen failed to recognize that people are a good in and of themselves, and the economy is meant to serve them, not the other way around. 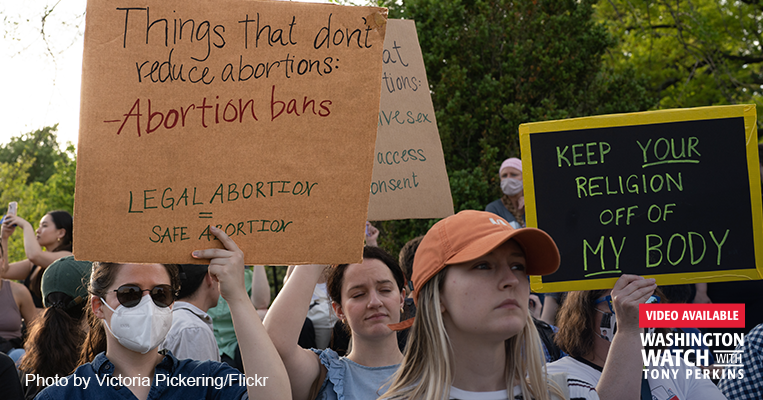 Dems Defend Abortion to the Ends of the Birth
NEXT 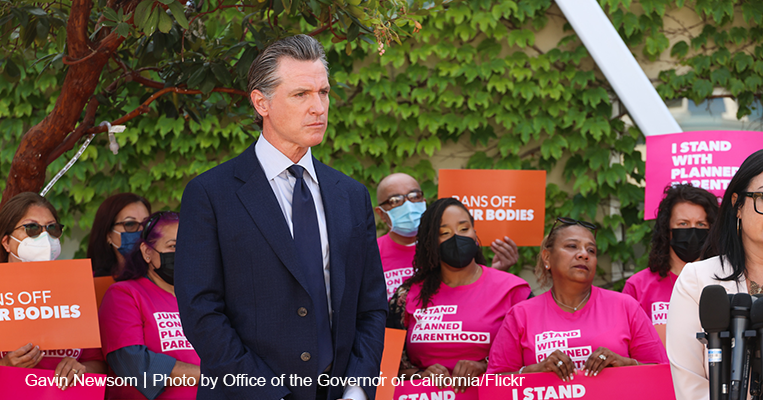