A Christmas Carol for Life 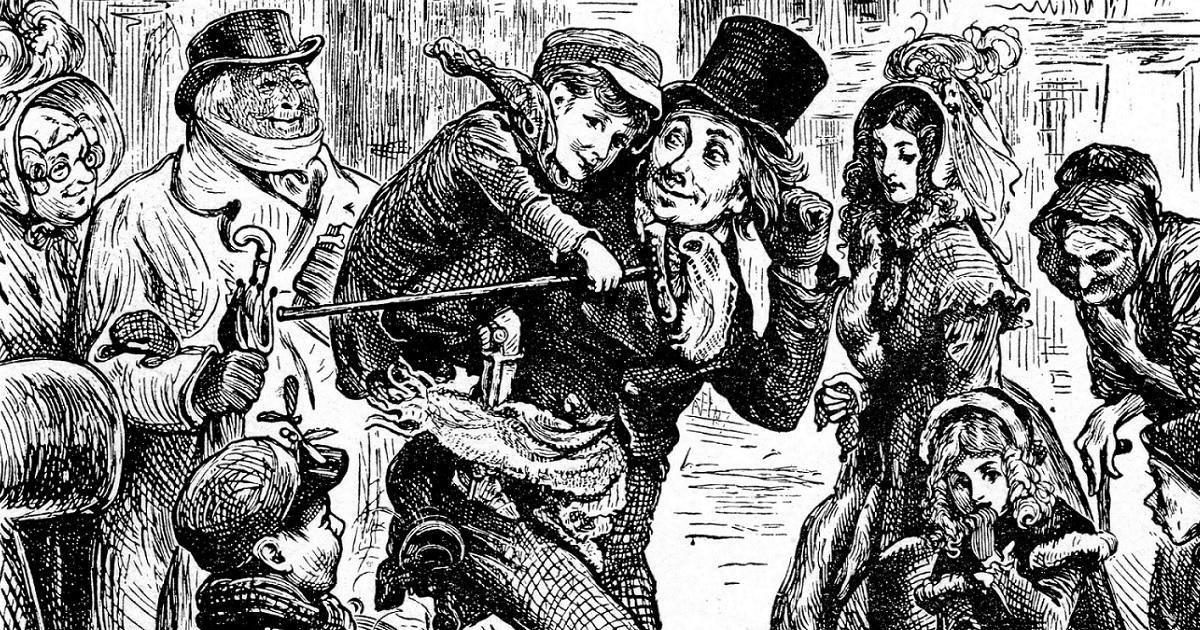 When approached on Christmas Eve to make a donation to the poor, Scrooge asked, "Are there no prisons? ... And the Union workhouses? ... Are they still in operation?" The philanthropists in Charles Dickens' A Christmas Carol sadly informed Scrooge that these wretched institutions were still running. Scrooge stated that the poor should look to these institutions instead of looking for a handout. When the philanthropists informed Scrooge that many would rather die than go to the prisons or workhouses, Scrooge retorted, "If they would rather die ... they had better do it, and decrease the surplus population."

Every Christmas season since I was a small child, my family inevitably watches A Christmas Carol together (the George C. Scott version, of course). Every Christmas season, I am shocked by Scrooge's callous and inhumane response to poverty and suffering. Sadly, despite Dickens' efforts, there are still those among us who would rather decrease the "surplus population" than help the less fortunate. In fact, these modern-day Scrooge's tell us we will be helping the less fortunate by decreasing the surplus population.

Since the 1960s, abortion supporters have argued in favor of using abortion as a means of population control. To legitimize abortion as a method of population control, abortion supporters argued that we should not allow "the unwilling to bear the unwanted." This popular phrase perfectly encapsulated their willingness to kill off the surplus population, and to this day abortion is used by prominent politicians as a solution to the world's economic problems.

The late Supreme Court Justice Ruth Bader Ginsburg explained in an interview the link between abortion and decreasing the surplus population, "Frankly I had thought that at the time Roe was decided, there was concern about population growth and particularly growth in populations that we don't want to have too many of." It is unclear from her comments exactly which population Justice Ginsburg was referring to, but it is clear she believed abortion could be used to decrease the surplus population.

In an effort to transform Scrooge before it was too late, a deceased friend of Scrooge, Jacob Marley, visited Scrooge to warn him of his apparent destiny and of the ghosts who will soon visit Scrooge. While trying to explain to Scrooge how the old miser will likely suffer the same fate as Marley if Scrooge does not cease being selfish, Scrooge continued to prattle on about finances and business without recognizing his own selfishness and Marley's warnings. Frustrated at Scrooge's narrow mindedness and callousness towards humanity, when Scrooge commented on what a great businessman Marley was, Marley shouted, "Mankind was my business. The common welfare was my business; charity, mercy, forbearance, and benevolence, were, all, my business. The dealings of my trade were but a drop of water in the comprehensive ocean of my business."

Jacob Marley was right. Mankind is our business. We should not work to decrease the "surplus population"--whatever that means--through abortion. Instead, we should welcome every life with love and charity. Each life has inherent value and dignity. Since each person is made in the image of God and is designed by God for a purpose, no baby is unwanted or worthy of death. This Christmas season, let us dedicate ourselves to life. Let us again make mankind our business. We must admonish the Scrooges in our midst who advocate for decreasing the surplus population, and instead commit to caring for those around us in need.

To accomplish this goal of caring for the unborn, please consider donating to your local pregnancy resource center or the Human Coalition to help end abortion and encourage women with unplanned pregnancies to give life to their precious child.