Barrett Gives Senate Cause for Confirm 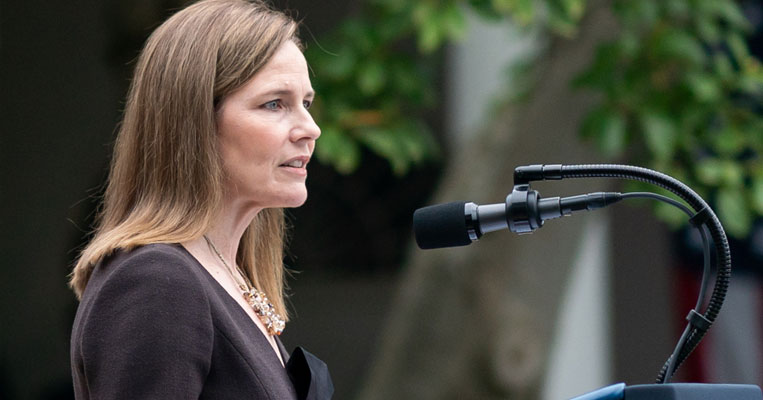 It took more than an hour and a half for someone to say it, but Senator Ben Sasse (R-Nebr.) finally did. Looking around the hearing room at the socially-distanced Democrats, he said bluntly, "I do not know what any of that has to do with why we're here today." Like the liberals before her, Senator Amy Klobuchar (D-Minn.) had just finished five minutes of requisite Trump bashing, apparently forgetting that it was Amy Coney Barrett on the stand, not the president of the United States. Every eighth grader tuning in would be "really confuse[d]" about what the Senate was doing, Sasse said. But grown-ups weren't. To the Left, this wasn't a sincere discussion about America's highest court -- it was a campaign rally. And a revealing one at that.

For long stretches of the morning, the bench almost seemed like an afterthought. Liberal senators ripped into the administration's coronavirus response, the White House's "misplaced priorities," repeating lies about the president's racism, his health care positions, and other half-truths that held no relevance to the proceedings of the day. But then, Senator Ted Cruz (R-Texas) pointed out, there is an election in a few weeks, "so those attacks are not surprising." What is surprising, at least to people watching, is how little anyone heard about the nominee. "I think part of the reason," Cruz said accurately, "is that on any measure, her credentials are impeccable."

When Democratic senators managed to pull themselves away from their 2020 soundbites long enough to focus on the issue at hand, they tried fearmongering on Obamacare -- claiming that every American would lose their health insurance if Barrett is confirmed. Some senators even brought gigantic pictures of people back home who are "scared" of this nominee, worried she'll "rip away" their insurance. She's a "judicial torpedo," Sen. Sheldon Whitehouse (D-R.I.) argued dramatically, a "smokescreen," Sen. Richard Blumenthal (D-Conn.) piled on, before beating a dead horse on coronavirus failures.

In the rare moments when Democrats weren't harping on Obamacare, they took turns calling the nomination an "illegitimate charade" -- still smarting from 2016 when they didn't control the Senate or have the votes to confirm Barack Obama's activist choice, Merrick Garland. Senator Cruz and others took their time dismantling the argument, pointing to the 29 times in history when a president in an election year has made a nomination to the Supreme Court. Only now, Cruz argued, are Democrats calling the system the founders designed "partisan." "The framers of the Constitution deliberately set up a system of checks and balances, so that nobody can become a Supreme Court nominee without both the president and the Senate... That design of checks and balances limits power and protects the voters." And in 2016, "voters made a clear choice."

Maybe it's time, Senator Sasse said, to remind this country "what a president [is] for, what a senator is for, and what Judge Barrett is doing here before us today... This is basic civics, not politics... Civics is the stuff that all Americans should agree on..." Like the Constitution, like this process. "Civics doesn't change every 18 to 24 months because the electoral whims change or because polling changes." And yet, he went on, there's this confused idea that the Supreme Court is "just another arena for politics." That's wrong, he insisted. "If you don't like the policies in America, elect different people... Fire the politicians." But judges are supposed to be impartial, not "super legislators whose black robes are fake and truthfully they're wearing red or blue jerseys underneath."

Then, in a final warning, he held the Democrats' gaze and said slowly, "court-packing" is like saying "we should blow up our shared civics." When Joe Biden stood in front of reporters this weekend and said that voters don't "deserve" to know his position on that fundamental issue, even the reporters were taken aback. As Dr. Albert Mohler tweeted, that's like saying, "I'll tell you my position on monogamy only after you marry me." Court packing is not "judicial reform," Senator Sasse insisted, and anyone who uses that language "is playing the American people for fools."

Meanwhile, one half of the presidential ticket who refuses to answer questions about court-packing (or, as Sasse called it, "partisan suicide bombing"), spent her turn in the Judiciary Committee claiming that Barrett's hearing was "put[ting] people's lives at risk." Then, without a hint of irony, went on to lobby for a justice more committed to abortion on demand. "...[W]hat is at stake with this Supreme Court nomination... [is] Roe v. Wade," Senator Kamala Harris (D-Calif.) argues, "which recognizes a woman's right to control her own body... Safe and legal abortion is at risk."

Barrett, for her part, listened quietly, enduring the campaign speeches from Democrats, and the equally passionate Republican rebuttals that followed. When it was finally her turn, what Americans heard were not the opening remarks of a religious zealot, handmaid, or public enemy #1 of the U.S. health care system. They heard the thoughtful, compelling, and straight-forward speech of a woman who's admired by colleagues on both sides for her love of the Constitution, her humble embrace of a judge's role, and the personal warmth she has for her family, her great mentor, and America. She took her time accepting the nomination, she said, because of the sacrifices it would require. In the end, Barrett says, she chose to accept it because, "I believe deeply in the rule of law and the place of the Supreme Court in our nation. I believe that Americans of all backgrounds deserve an independent Supreme Court that interprets the Constitution and our laws as they are written. And I believe I can serve my country playing that role."

So do we. Join us in calling on every senator to confirm the president's stellar nominee, Amy Coney Barrett. Act now by clicking on FRCAction.org/FillThatSeat. Then, encourage your friends and family to do the same. For more information on the president's stellar nominee, check out FRC's new publication, "Why Amy Coney Barrett Should Be Confirmed to the Supreme Court." 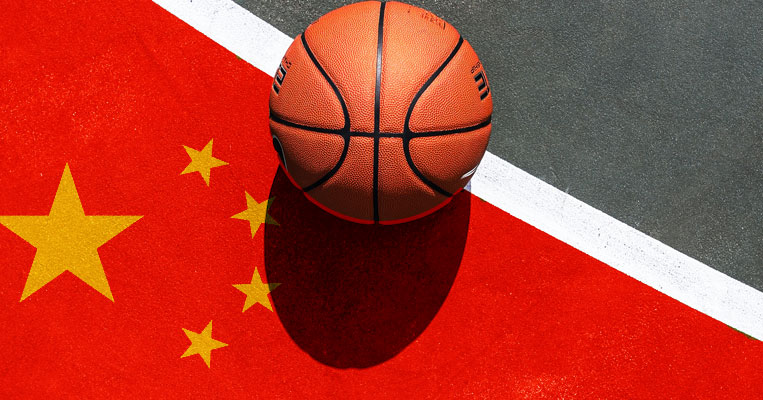 The NBA's Airball on Human Rights
NEXT 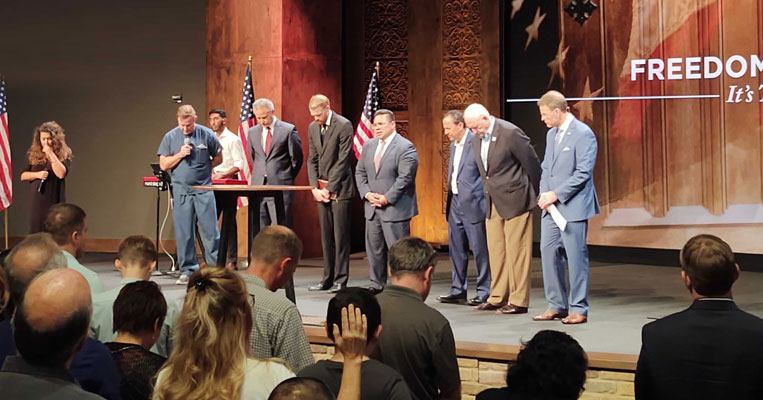