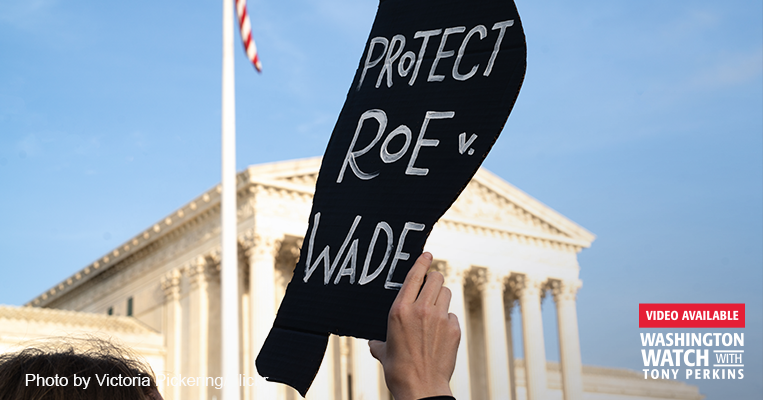 If it was a "show vote," then it did its job. When Democrats decided to put the most extreme abortion bill ever drafted on the Senate floor, it showed people plenty. If anyone was under the illusion that Joe Biden's party was remotely reasonable on the issue of life, they learned pretty quickly that those days are over. Today's Democrats don't want to keep Roe v. Wade. They want to go beyond Roe -- to federal tyranny and coercion to unlimited, taxpayer-funded abortion right up until the moment of birth. And this vote proves it.

When Senate Majority Leader Chuck Schumer (D-N.Y.) said, "The vote will shine light on every single one of us," he was right. For the second time in four months, the American people got a real look at the Democratic Party's extremism Wednesday -- and what they saw should have terrified them. All but one of their senators (Manchin) voted to burn the pro-life culture in America to the ground. This wasn't about making Roe permanent law, like Democrats want voters to believe. This was about crushing state laws, partial-birth abortion bans, safety regulations, abortion limits, conscience rights, parents' rights, and faith-based hospitals. "This is not maintaining status quo," FRC President Tony Perkins warned. "This is about taking a huge eraser and [wiping out] all of the pro-life legislation that's become law in the last 49 years and removing it from the books..." Every state would be stuck accepting this radical abortion ideology that Democrats have attached themselves to.

It's such an enormous leap from where the country is now that even liberal Republicans drew the line. In a country where only eight percent of voters think abortion should be legal in the third trimester, even Planned Parenthood sympathizers like Senator Susan Collins (R-Maine) agree the language is too "extreme." Senator Roger Marshall (R-Kans.), who's delivered more than 5,000 babies in his practice, said he'd be out of business under the law. "A person like myself, a pro-lifer, would have had to quit medical school," he explained. Because one of the things the bill would do is force people to participate in abortions. "It's way, way beyond anything we could have ever dreamed up," Marshall shook his head.

And as far as Senator Josh Hawley (R-Mo.) is concerned, Congress doesn't even have the power to force this on the nation unilaterally. "I'm not sure that they could do it constitutionally, even if they had the votes," he explained on "Washington Watch," "because the Supreme Court has been clear: Congress doesn't get to make up constitutional rights. Congress can't say, 'Oh, you know, actually, [we] think there's a constitutional right to abortion that we're going to impose on the entire country.' And that's what they're trying to do here. [They don't want to] let anybody else speak. [They don't want to] let anybody else have a view -- or certainly don't [want to let] the unborn have any voice in this process."

At the end of the day, Hawley insisted, this is just another attempt to pressure the Supreme Court to change their decision in the Dobbs case. Schumer knows the bill "is going nowhere. But what he wants to do is he wants to continue to gin up public pressure, which we've seen erupt into violence, we've seen erupt into harassment, into threats against the justices. And he's trying to foster that. He's trying to feed it. And it's very wrong." Biden's party is so focused treating parents like domestic terrorists for showing up at a school board meeting that they apparently can't be bothered to deal with the Left's firebombing of pro-life organizations, church attacks, harassment, vandalism, and property destruction taking place across the country. The president "is going to own a lot of responsibility here," Hawley insists.

As for his party, they're about to own something else: the fiercest attack on the unborn since Roe was decided. And any far-Left leaders who think this barbaric crusade is a winning strategy are kidding themselves. Even two out of every three "pro-choicers" are appalled at the idea of destroying a baby in the womb after the fifth month. Even so, the Democrats (with one exception) seem intent on chasing this truly fringe agenda, political suicide or no.

"I can't underscore enough how much the American people are on the side of life," FRC's Connor Semelsberger explained. And now, with no middle ground in the Democratic Party, "you've got one choice: abortion on demand. That's it. They've had to drift so far to the Left that any other deviation from that -- even a restriction at viability, which is what Roe allowed -- is far out of step with where Democrats are." When the polling questions are framed correctly, and people understand what the 1973 ruling did, "they don't want what Roe v. Wade says."

If there is a bright side to Wednesday's vote, it's that Republicans are just as determined to protect life as Democrats are to destroy it. And that's significant. In the meantime, we wait for the justices' decision on Dobbs with a hopeful eye, praying the Court will recognize the basic humanity that Joe Biden's party does not. 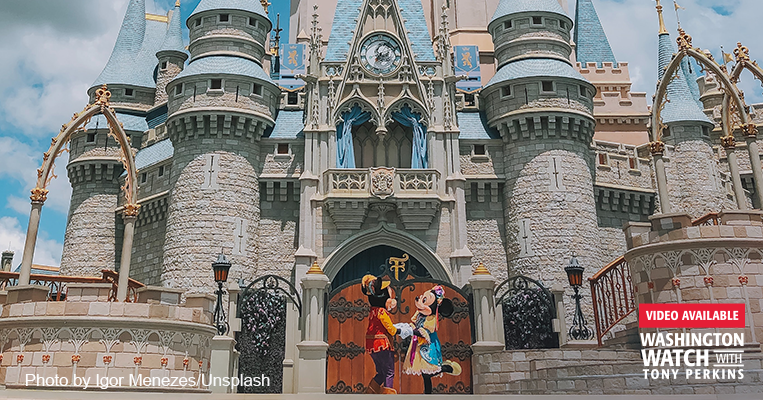 GOP to Disney: You've Lost a Friend in Me
NEXT 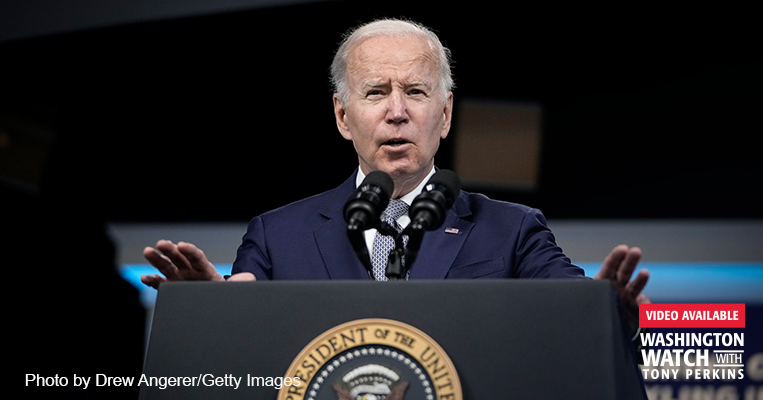 Empathy Fail: 'I Can Taste' Your Frustration, Says Biden on Purpose