Connor Semelsberger serves as the Director of Federal Affairs - Life and Human Dignity for Family Research Council.  Under the Direction of the Vice President for Policy and Government Affairs, he lobbies Congress and federal agencies to advance FRC's goals on pro-life, bioethics, and sex education issues.

Hailing from Pennsylvania, Connor enjoys traveling, and rooting for his hometown Pittsburgh Steelers. 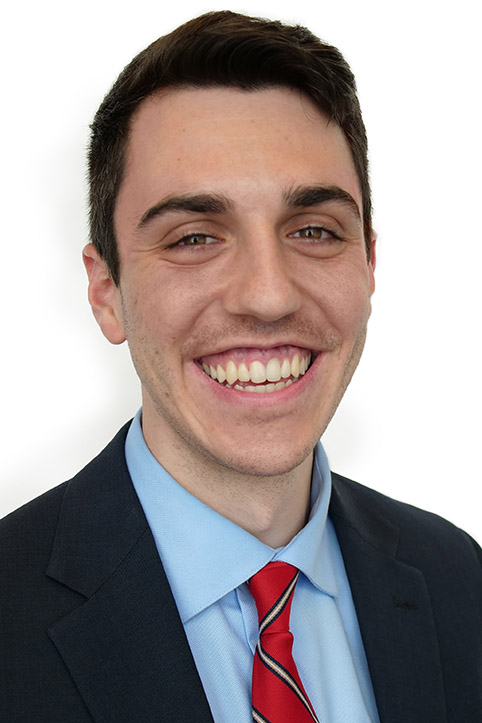 The American Family Is Disintegrating. The Rebuild Needs to Start in Our Own Homes.

After the 2016 Surprise, Democrats Have Solidified Their ‘Blue Wall’

Drugs, Drugs, and More Drugs: How Psychedelics Are Becoming the New Marijuana

The Holding of Roe v. Wade Was Never In Line with American Attitudes on Abortion

One Small Step for California, One Giant Leap for Abortion

U.S. Abortion Law in Comparison with the Globe

‘This Is the Starting Line’: Pro-Life Activists Vow to Support Moms and Babies

DeSantis and Rubio Pave the Way for Pro-Family Tax Policy

Abortions Were Rising Before Dobbs. The Battle to Lower Them Will Be Fought in the States.

The Bookends of Life: A Reflection on Human Dignity

Preparing for a Post-Roe America: The History and Context of Pro-Life Laws in the States

Heartbeats Protect the Unborn in Idaho

President Biden's One Major Success In His First Year: Turning America Into an Abortion Haven

Pelosi and Biden Give Human Life a One-Two Punch

When It Comes to Federal Abortion Funding, Biden Is the All-Time King

FRC On the Hill (April 19-23): D.C. Statehood and Banking Access for Big Marijuana

American Dollars Should Have No Part In China's Forced Sterilizations

FRC On the Hill (April 12-16): Standing Up Against Radical Abortion Policies

Connor Semelsberger on the Dignity for Aborted Children Act

During the Pandemic, the Trump Administration Is Continuing to Protect Religious Freedom

The Media Attacks Churches for Getting PPP Loans, But Ignores Planned Parenthood

Charity: Who Does It Best?

Families and Charitable Organizations: The Foundation of American Society

Families and Charitable Organizations, The Foundation of American Society

Congressional Support for Communities of Faith Pays off for Churches

Why Are Catholics Turning on the Little Sisters?

How Federal Coronavirus Legislation Will Impact Your Family (Part 3)

How Federal Coronavirus Legislation Will Impact Your Family (Part 2)

How Federal Coronavirus Legislation Will Impact Your Family (Part 1)

FRC Puts Life on the Map

Trump Administration Closes Out 2019 by Protecting Life and Religious Freedom