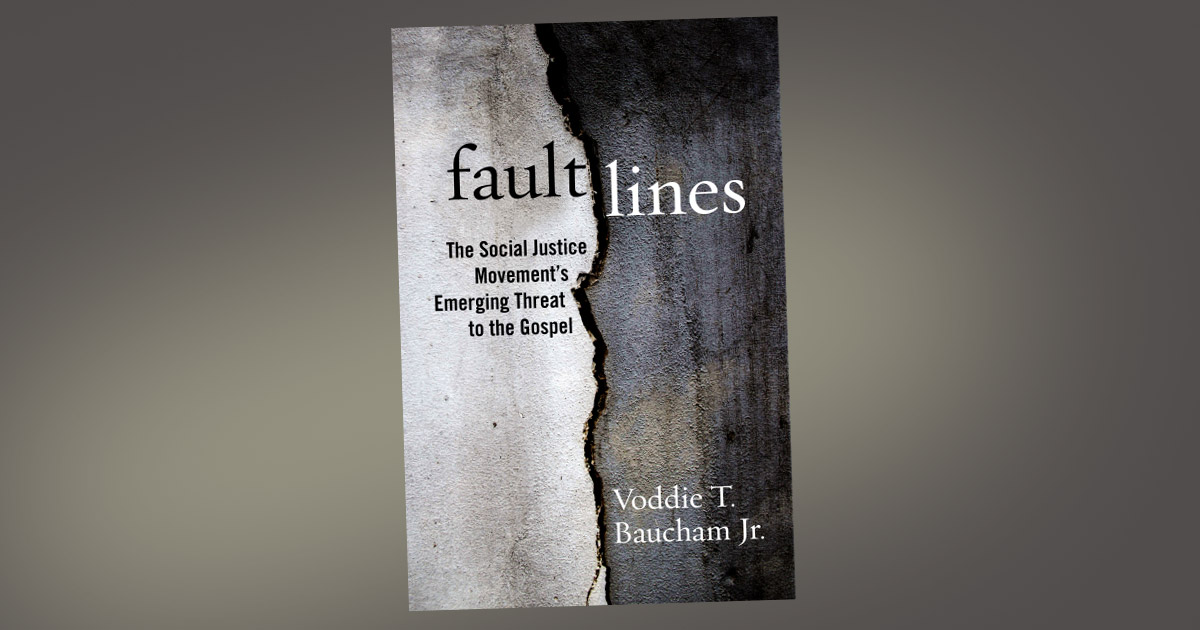 The call for social justice from woke activists is loud and overwhelming. With so many voices advocating for various political solutions to our society's perceived injustices, many Americans feel overwhelmed and wonder, what is the solution? Anarchy? Rebellion? Reparations? Reconciliation? However, beyond the outward expressions of injustice and external solutions to real problems lies a spiritual battle between competing worldviews. In Fault Lines: The Social Justice Movement and Evangelicalism's Looming Catastrophe, theologian Voddie Baucham Jr. equips Christians to identify the worldview conflict underlying contemporary demands for social justice and exhorts them to pursue biblical social justice instead of the Critical Social Justice ideology which has captivated the Western world.

At the onset of Fault Lines, Baucham traces the thought line of Critical Social Justice (CSJ), including Karl Marx (Conflict Theory), Antonio Gramsci (Hegemony), the Frankfurt School (Critical Theory), Critical Race Theory (CRT), and Intersectionality (I). According to Baucham, biblical social justice and CSJ are currently separated by fault lines. However, he predicts that an earth-shattering catastrophe will soon reveal that both parties stand on opposing sides of a vast divide.

In chapter one, "A Black Man," Baucham contextualizes his assessment of the issue, describing his upbringing in newly desegregated California with a strong mother and an emphasis on personal responsibility (19). In the second chapter, "A Black Christian," Baucham shares his conversion testimony and assimilation into the Southern Baptist Convention, contrasting his welcoming experience into a white church with his unwelcoming experience in a formerly all-white school. He also notes that his introduction to racial reconciliation came from white, not black, Christians.

In chapter three, Baucham discusses the prevalence of false stories in the current narrative of social justice, specifically the false premise that "police are killing unarmed black men" (45).

In chapters four through six, Baucham demonstrates how "antiracism" has the "hallmarks of a cult" (66), including a new theology and a new glossary of terms that sound Christian but deviate significantly from the historical faith. Citing CSJ leaders, Baucham demonstrates that antiracism has its own cosmology, original sin, law, gospel, martyrs, priests, atonement, new birth, liturgy, canon, theologians, and catechism (67). Specifically, he describes the new priesthood and canon of antiracism, rooted in Ethnic Gnosticism and Robin DiAngelo's White Fragility.

Baucham exposes fault lines in evangelicalism regarding social justice in chapter seven. Among evangelical churches and leaders, he documents their implicit acceptance despite explicit denial of CRT/I ideologies, the silencing of those who reject Critical Theory, and the political maneuvering within the Southern Baptist Convention to make CRT/I seem compatible with the Bible.

Further, Baucham describes, in chapter eight, the damage the CSJ movement has done to communities of color, including the black church, the family, and the unborn. In particular, he criticizes CSJ's question-begging logic, opposition to facts, and warns about its political implications. For example, in the following chapter, Baucham uses the test case of abortion to demonstrate how the assumptions of CSJ dictate destructive policy, addressing the false narrative of single-issue voting, and the false premise that America's two political parties merely represent different priorities rather than "a clear-cut distinction between competing worldviews" (185).

In chapter 10, Baucham assesses the key fault line underlying the current call for social justice in the "Black Lives Matter" movement. He urges Christians to understand that a primarily spiritual--not cultural or political--battle is occurring between the biblical worldview and CSJ/CRT/I worldview and their antecedent theories of Marxism, Conflict Theory, and Critical Theory (209).

Baucham concludes the final chapter by re-emphasizing his heart for the book, which is his love for God, the church, and a dismay that God's people are being swayed by an ideology that is inherently unbiblical. The book ends with three appendices: The Dallas Statement on Social Justice and the Gospel, the original version of Resolution 9 submitted at the 2019 Southern Baptist Convention, and its revised and adopted version.

Fault Lines is a winsome, socio-theological analysis of the political call to Critical Social Justice. With poignancy, grace, and persuasion, Baucham exposes the fault line of competing worldviews between biblical social justice and Critical Social Justice, exhorting believers to stand firm on God's Word rather than capitulating to the human philosophies of the world.

One of Fault Lines'greatest strengths is its persuasion based on a careful evaluation of primary sources. The book is an investigator's dream. Each chapter contains footnotes, encouraging readers to understand the issues from the sources themselves and not take Baucham's analysis out of context. Baucham carefully defines all the tenets of CSJ and its antecedent theories from the writings of CSJ's leading advocates such as Robin DiAngelo, Ibram X. Kendi, Peggy McIntosh, and others. Baucham also anticipates critiques and addresses objections which could be levied against him from those sympathetic to CSJ.

Another strength of Fault Lines is Baucham's personal experience. His life, training, and ministry provide the reader with unique insights, including the debate among black evangelicals of whether the priority of black Christians ought to be in their blackness or their Christianity (21); the "Marxist thread which runs through all grievance studies," including "whiteness studies" in CRT (93); and the CSJ worldview assertion that "Christianity is part of the oppressive hegemony" (207), meaning Christianity is not only wrong and oppressive but that it must be overthrown and made obsolete.

Finally, Fault Lines is theologically centered and redemptively driven. The author's high view of Scripture is clear in his use of biblical passages and principles as the basis for defining biblical social justice and rejecting the CSJ worldview. After discussing biblical principles for social justice based on Scripture's text, Baucham states, "here is the key: People are ignoring these principles because the standard of justice upon which their pleas are built does not come from the God of the Scriptures. While that may be fine for others, those of us who claim to know Christ are held to a different standard" (44, emphasis original).

Constructively, for those unfamiliar with the current debate surrounding the CSJ movement, the addition of summaries at the end of each chapter would be beneficial, allowing readers to trace Baucham's successive line of argumentation more easily throughout the book.

Jaelyn Morgan is an intern for the Center for Biblical Worldview at Family Research Council.