At 18, Chloe Kondrich Is Leading the Fight for Disability Rights 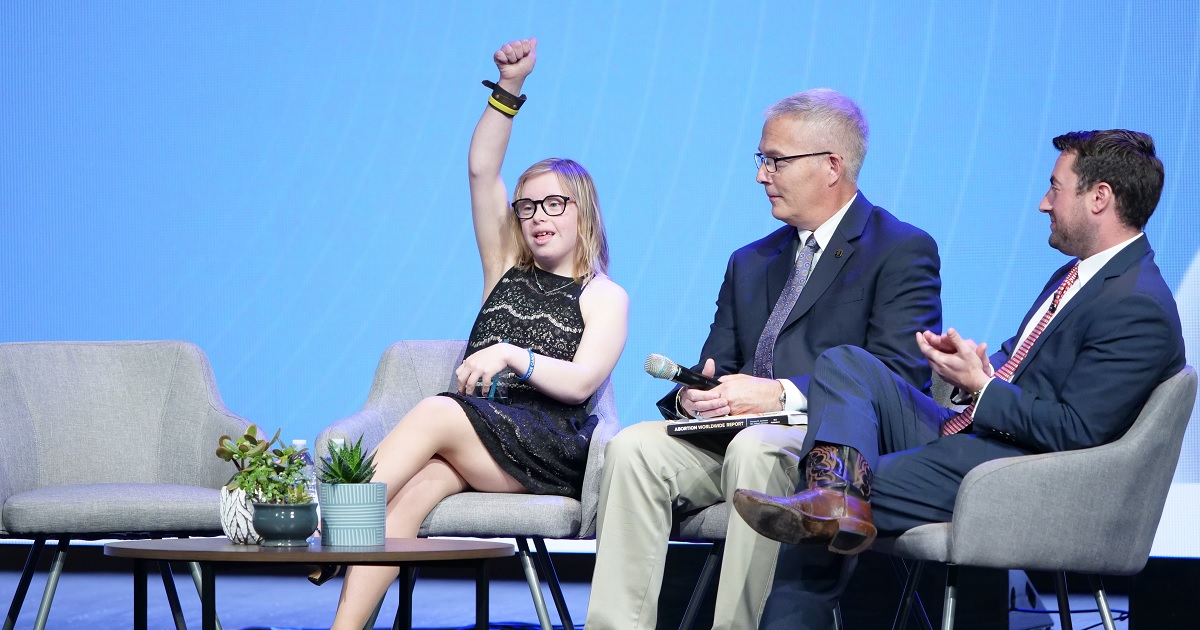 At Pray Vote Stand Summit last week, Chloe Kondrich joined me on a panel to discuss what the future of life in America could look like in a post-Dobbs world. Even though Chloe is only in high school, she has already accomplished more than most people do in a lifetime. At age 3, with the help of her brother Nolan, Chloe became an avid reader. It has only gone up from there.

At age 11, Chloe successfully lobbied for the passage of "Chloe's law," which requires health care providers to notify women receiving a prenatal Down syndrome diagnosis of the full range of resources available for their child. At age 13, Chloe spoke at the United Nations along with her father. The two were so well received, they were brought back for an encore the following year. During the pro-life Trump administration, Chloe met both the president and Vice President Pence, and (as she told the audience at Pray Vote Stand) President Trump gave her a kiss on the head. Chloe's picture with Vice President Pence hung in the West Wing.

Now at age 18, Chloe, who has Down syndrome, travels all over the world with her dad advocating for the right to life of all people, but specifically people with Down syndrome. She is a woman of few words--and plenty of smiles.

Chloe brings out the best in everyone, and when you are around her, it is impossible not to wish more people were as positive, joyful, and kind as Chloe. As her dad said, "Chloe will have a mansion in heaven, and I'll sweep the driveway."

As Chloe's dad, Kurt Kondrich (a pro-life advocate who works to pass legislation protecting those with Down syndrome in the womb) said at Pray Vote Stand, "It's a genocide... When people identify, target, and terminate a human being because they don't meet the cultural mandates--this culture's mandate of perfection--it's the ultimate extreme form of prejudice [and] bigotry. It's hate. It's actually capital punishment without even a jury."

October is Down Syndrome Awareness Month. It is also Respect Life Month. These two things go hand-in-hand. Those of us in the pro-life movement must advocate for all unborn children in the womb--especially those who are being targeted for extinction.

This month (and every month, for that matter), if there is someone in your community who has Down syndrome, I encourage you to get to know that person. Invite that person to go for a walk, play a sport, or just hang out. If there's a local business that employs people with Down syndrome, make an effort to patronize that business. Coffee is always better if it comes with a smile. If the Christian school your son or daughter attends does not have any students with special needs, advocate for the school to have inclusive classrooms. Inclusive education benefits all students--not just those who have disabilities. Finally, prayerfully consider whether God might be calling your family to adopt a child with special needs. That child will quickly become the best part of your family.