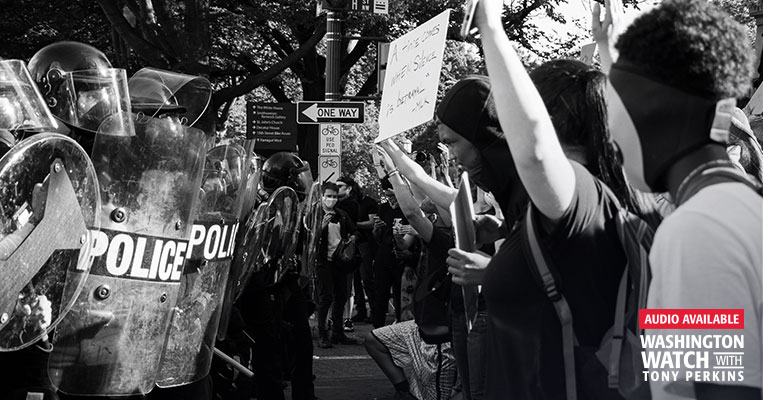 You have to give the Democrats credit. They've found a way to justify their silence on the riots: refusing to admit they exist! Rep. Jerry Nadler (D-N.Y.) tried that when he ran into a citizen who asked him if he disavowed the Antifa violence in Portland. "That's a myth," he insisted, "being spread only in Washington, D.C." Well, if it's a myth, Oregon residents will tell you, it's a pretty convincing one.

To the hundreds of police and federal officers taking cover from mortars, fireworks, and hammers, the idea that Portland's mayhem belongs in a league with Sasquatch is more than a little deranged. Videos of protestors burning streets, hauling down fences, and lobbing Molotov cocktails at buildings are a lot of things, but faked is not one of them. "Sir," Austen Fletcher pressed, wondering if he'd heard the congressman right, "There's videos everywhere online," Mr. Fletcher continued. "There's fires and riots, they're throwing fireworks at federal officers. DHS is there. Look online. It gets crazy, Mr. Nadler."

Nadler, whose staff is desperately nudging him to the car at that point, is nonplussed. And why not? This is a man who stood on the House floor and called Antifa -- a group so dangerous that President Trump declared them a terrorist organization -- "imaginary." Good luck persuading the people of Portland, who've woken up to the sounds of sirens and destruction every night for 60 days. It's not only real, reporters say, it's a war zone. "I interviewed a veteran," the Daily Caller's Jorge Ventura explained on "Washington Watch," "who told me it actually reminds him of his time in Iraq. That's how bad [it's gotten] here." But to hear it's a myth? "It was shocking," Jorge said. "I mean, an Antifa member actually stabbed a black Trump supporter on Friday night."

"Democrats can't seem to make up their minds," Kaylee McGhee writes. "First they deny that protests in Portland and Seattle are violent, [then they] claim that President Trump and the GOP are propagating this 'myth' to win over voters... Now, after hours of video evidence and multiple insider reports, Democrats are finally admitting that the riots on the West Coast are indeed riots, but with one caveat: Trump is to blame."

Jorge, like other conservative journalists, have gone to Portland to see for themselves what's happening. And to a person they'll tell you: the things they've seen are a whole lot worse than the media's admitting. "I've been covering protests all across the country, and I've never seen anything like we're seeing here in downtown Portland. These groups are very well organized. They have medic teams. They actually have their own kitchen called Riot Ribs across the park that feeds these protesters and actually supplies them with shields and eyewear and other things they need to be out here. It's just, I've never seen anything like it."

The cache of weapons alone is astounding. "We're talking about mortars, fireworks, hammers, all types of things that we've actually never seen on the ground." He talked about federal officers injured and hospitalized in the blasts. Other police officers, he explains, who were possibly blinded for life because of the high-powered lasers thugs are training on their eyes. "We saw some power tools being used on the high fences... guarding the federal courthouse... I've just never seen the organization level that we're seeing here in Portland."

So who, exactly, is fueling the effort? Antifa, Jorge said. No doubt in his mind. They're "taking in money and donations online." And that, to a large extent, is what's supplying these mobs. "One thing that we've been noticing here [is] that numbers of people have been driving up to the parks with all types of things. We've been seeing gas masks delivered here, eyewear, bats, shields, you name it... [and] a lot of these folks here are not from Portland." Some are driving in from Seattle, and others are "bigger members of the Antifa group, bringing in these types of weapons into the riots."

And to the extent that the media is covering the story, they're only telling one side of it. "I call it a media war," Jorge explains. If the local journalists or national press uploads videos or pictures to social media, they edit it so that all people see is the police response -- not the violence that led up to it. "The New York Times just put out a piece basically putting the blame on Trump and the federal administration. But what we've been seeing here on the ground is that's just really not the case."

If it's a myth Democrats are looking for, start there. Because this president isn't starting the fires. He's only trying to contain them. 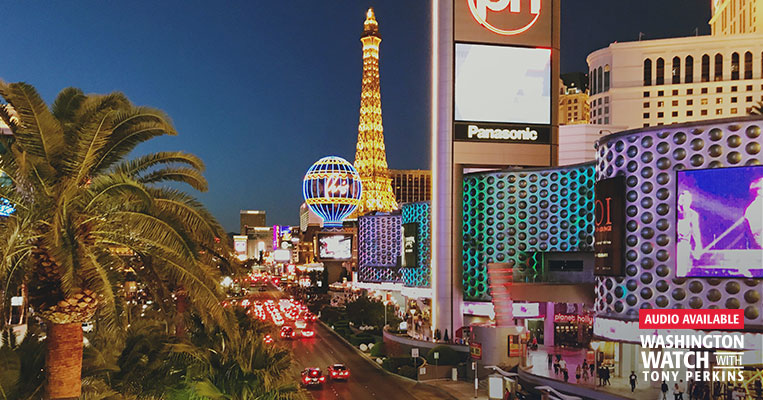 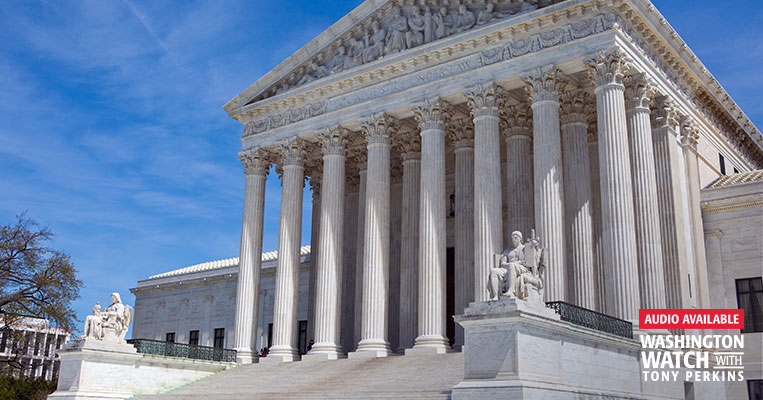 Next Vacancy, Hawley Will Roe His Vote