Who Can Quiet the Riot? 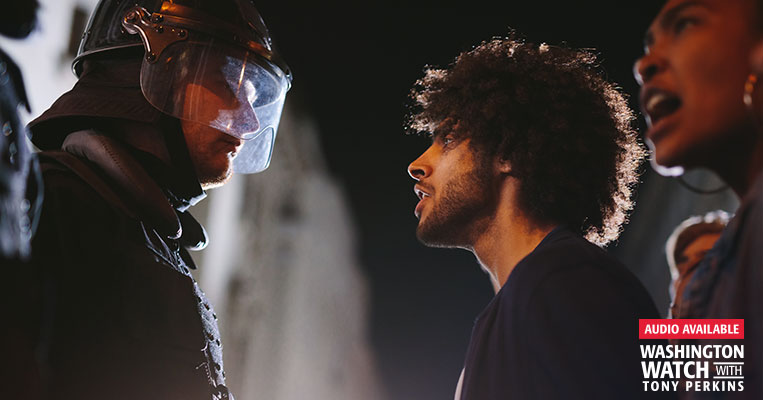 "It can get out of hand in a blink of an eye," Shelby Talcott said. And she ought to know. The Daily Caller reporter has been in a half a dozen riot-ravaged cities over the last few months -- and the things she's seen are tough to shake. "This is far more organized than I think people realize," she warned. There are the loads of bricks and frozen water bottles trucked in to use as weapons. Rocks, glass, and firecrackers. Then, there's the money trail -- a seemingly endless cash flow that's bankrolling plane tickets, hotel rooms, even clothes. "They're becoming more coordinated," she warned. But unfortunately for them, so is Homeland Security.

Monday, on "Washington Watch," Acting Secretary Chad Wolf said that his team won't hesitate to hold people accountable -- even if the city's leaders won't. "[Democrats] have fostered this environment where it's okay to do these criminal acts. It's okay to harass individuals... it's okay to scream and yell at them, maybe even assault them. They've created this environment, that it's okay to do it. And it's just not acceptable. And the president's been very explicit about that -- and I will continue to talk about it..."

He pointed to the hands-off approach in Portland, where the district attorney went so far as to publicize a list of crimes he wouldn't prosecute people for. "One of those happens to be if you interfere with a police officer or you criminally trespass... So again, what does that mean? It's an open invitation to continue this lawlessness." Which, Wolf shakes his head, has been going on for more than 90 days. And while DHS and other agencies can send help, the reality is this, he says, "At the end of the day... the protection of individual communities are up to local officials and law enforcement."

In the meantime, Wolf explained, he and Attorney General William Barr are launching a joint operation to quell the unrest. The instigators of this violence -- whether it's Black Lives Matter or Antifa -- are being thoroughly investigated, he revealed. And so are the individuals funding this traveling band of anarchists. Congressman Ralph Norman (R-S.C.), whose wife, Elaine, was one of the people accosted leaving the president's RNC speech, is convinced that this level of destruction doesn't just happen "by the luck of the draw." On the plane to D.C., Elaine saw "30 to 40 passengers [wearing] the same Black Lives Matter shirts, had the same knapsack on their back. All of them were going to Washington. Then when they got there, she noticed three vans that they all... got on, and I assume went to downtown to hear the president's talk... Somebody is paying for this. And we've got to get to the bottom of it."

Just this week in D.C., Shelby explained, she overheard march organizers talking to people who'd been sent in from the west coast cities. "We actually saw [what] appeared to be the same Black Lives Matter van that had been in Portland a few weeks earlier." This is where, as Rep. Norman suggested, we could be looking at a legitimate criminal conspiracy. Lives have been lost in these communities. Businesses destroyed. It's something, at the very least, the FBI should be looking into.

The Democrats, meanwhile, aren't interested in blaming anyone -- or anything -- but Donald Trump. "First, they denied that there was any violence going on at all," Wolf said. "It was mainly, if you recall, 'peaceful protesting.' Then, they tried to blame the Department of Homeland Security, particularly in Portland, for causing the violence. And now you see them trying to blame President Trump for causing this violence. So it's come almost 360 degrees trying to find a cause for this. And I think most reasonable Americans understand what's going on out there -- that if you have... officials that demonize law enforcement, that attack law enforcement, that allow rioting in the streets, and they're not taking decisive action -- that's what breeds this lawlessness." 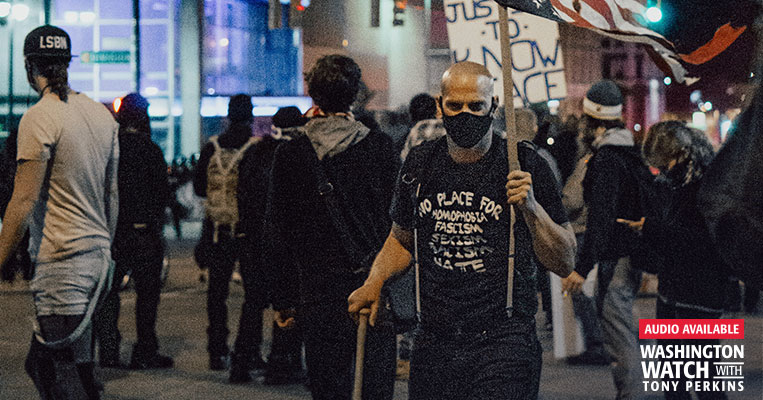 What's the Riot Response to Lawlessness?
NEXT 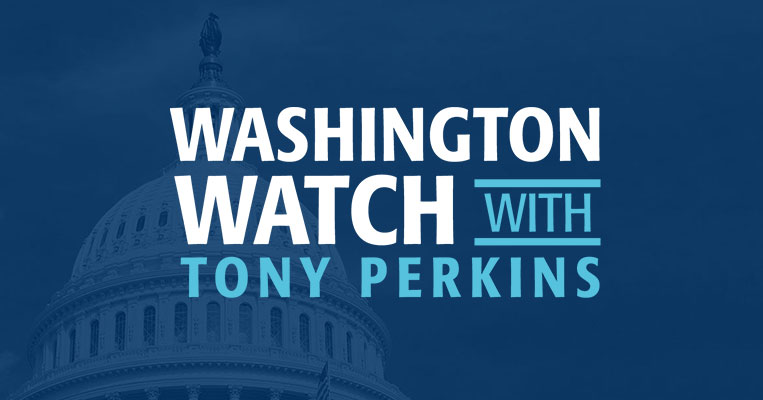 'Washington Watch' Is in the Air!