Travis S. Weber, J.D., LL.M., is Vice President for Policy and Government Affairs at Family Research Council, where he oversees policy development and engagement with federal and state government officials on issues related to life, family, and religious liberty.

Travis has testified on religious freedom before the Military Personnel Subcommittee of the House Armed Service Committee, and conducted religious freedom and human rights training in the Kurdistan region of Iraq. He has spoken widely on this and other FRC issues, and appeared in a large variety of television, radio, and print media. Travis also writes legal and policy papers, including: Will Nonprofit Religious Organizations Withstand the Sexual Revolution in Law?, 29 Regent U. L. Rev. 259 (2017); Freedom of Conscience and New “LGBT Rights” in International Human Rights Law, 2 Regent J. Global Justice & Public Policy 277 (2016) (co-authored with L. Lin, and previewed in Public Discourse, Mar. 31, 2016); The Obligation to Prevent in the Proposed Convention Examined in Light of the Obligation to Prevent in the Genocide Convention, On the Proposed Crimes Against Humanity Convention 173 (Morten Bergsmo & SONG Tianying eds., 2014); and The Free Speech Protection Act of 2008: Protection Against Suppression, 22 Regent U. L. Rev. 481 (2010) (note).

Before joining FRC, Travis practiced law in the areas of civil rights, criminal defense, and military law. He holds a J.D. from Regent University School of Law, where he served as the Notes & Comments Editor on Law Review. Travis also graduated with an LL.M. in International Law (with distinction) and a Certificate in International Human Rights Law from Georgetown University Law Center.

Travis previously served as a Navy pilot after graduating from the U.S. Naval Academy, where he was captain of the Intercollegiate Sailing Team and a two-time College Sailing All-American. 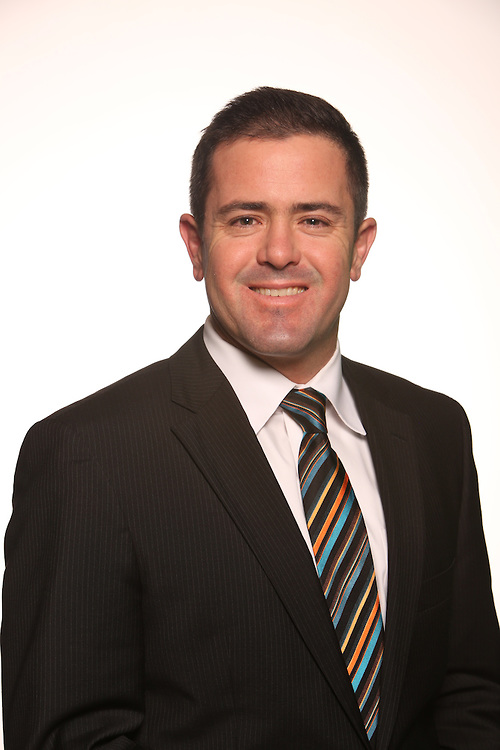 What Are "Human Rights"?

Restrictions on Religious Freedom During the Coronavirus Crisis

Symposium: American Legion lays the groundwork for the downfall of Lemon

4 Things Steny Hoyer Gets Wrong About the Equality Act

Defending Family Values Across the Globe

Targeting of Karen Pence is wake-up call to all Christians

On Religious Freedom Day, consider life in countries without it

Family Research Council: Congress Must Repeal Its Tax on Churches and Charities

Will We Abandon Syria's Christians?

What to Know About Indonesia's New "Blasphemy Reporting App"

Pastor Brunson's Release: A View From the Courtroom

Americans Can "Afford to Not Care" About Voting. Yet We Should Still Care.

Travis Weber on SCOTUS and the Future of Abortion

Flocking to Tend to Our Nation's Spiritual Needs

What Mike Pompeo understands about religion and national security

Andrew Sullivan on Opioids: Pointing Us Toward God

The 'War on Christmas' Is Real

In Masterpiece, the Supreme Court Grapples With a Problem of Its Own Making

ACLU: Forcing Faith Out of Adoption

In abortion case, we let two children down: Jane Doe and Baby Doe

In Today's Media Environment, It's "News" When the Department of Justice Actually Enforces the Law

Can a Christian Serve as a Judge Anymore?

No, Rev. Barber, Prayer for a President Is Not "Heresy"

The Bigotry of Bernie Sanders

Gorsuch on International and Foreign Law

The 'Bigly,' and Necessary, Humility of Judge Neil Gorsuch

How did the Washington State Supreme Court Get Barronelle Stutzman's Case So Wrong?

A Christmas gift of prayer

How can Christians oppose same-sex marriage and yet pray and care for the LGBT victims in Orlando at the same time?

How to respond to the "After School Satan Clubs"

Religion in Immigration: How to Handle it Properly

Ends Justify the Means in Ruling on HB 1523

Is the High Court Starting to Take the Little Sisters Seriously?

The Value of Religious Organizations and Businesses to Society

Governor Intends to Ignore Same-Sex Marriage Ruling\u2014Will He Be Chastised?

A Win for Religious Freedom in the Military

Is Vice President Biden Against All "Culture?"

Courts Begin to Tell Christian Schools If What They Believe Matters

Why Pastor Protection Acts Are Unnecessary and Might Actually be Harmful

Will the EEOC Decide Who Is Catholic?

A Legal Perspective: Does Same-Sex Marriage Mean the End of Tax Exemption for Churches and Religious Institutions?

On Religious Liberty, Pope Francis Reminds Americans to Be American

Favoring some claims of conscience over others

The Establishment of a New Religion

Is Judge Granade scared of Alabama's pushback on marriage?

Law Firms Betray Their Principles When They Shun Unpopular Representation

What is the price of adhering to your faith?

Muslim chooses to die alongside Christians

State Religious Freedom Restoration Acts (RFRAs): What are they and why are they needed?

Can Pastors and Churches Be Forced to Perform Same-Sex Marriages?

Georgia's S.B. 129 would free all Georgians from the tentacles of government

In the Footsteps of Jesus

Judge to Public University: You Must Allow Pro-Life Views

American Sniper and the Restoration of Man

US Supreme Court: Can Government Restrict How a Church Can Use Signs?

At the Supreme Court: A Small Church and a Big Case

Christmas: No Time for Public Expression of Faith?

To the business community: Religious freedom and you - perfect together

Congress to DoD: Restrictions on Religious Expression Are Still a Problem

Meddling Freedom From Religion Foundation Gets Tossed Out of Court

U.S. Court of Appeals for the Sixth Circuit: Upholding marriage and democracy

7 Points of Reflection: Responding to the Houston Mayor's Press Conference Announcing the Withdrawal of the Subpoenas Targeting the Five Houston Pastors

In the name of religious rights for prisoners

A Tale of Two...Groups Which Voluntarily Relinquished their Freedom to Associate

A "God" that is not God; Victoria Beeching, love and acceptance

For once and for all, I am telling you: "Sex" means "transgender," and it also means "gender identity."

A Judge is Judged for Injudicious Behavior

Blumenthal Bill: Bringing medicine back to the dark ages

Hobby Lobby: A clear win for RFRA, and a cautious rebuke of the HHS mandate

Sudan must redress Meriam's new plight along with its legal system, which is already leading to other apostasy charges

Meriam Ibrahim to be Freed

Trampling on the UN's Noble Heritage

Humanist "Chaplain"? -- Not all Worldviews are Religions

FREEDOM TO PROGRESSION vs. Freedom of Religion

How hard is it to flip on a light switch on a Saturday?

War on the Pledge: new tactics, but the same tired thinking

Why you should care about Elane Photography

On the Free Exercise of Government...