Assistant Director of the Center for Religious Liberty

Arielle Del Turco serves as Assistant Director of the Center for Religious Liberty at Family Research Council, where she is responsible for international religious freedom policy and advocacy efforts. Through research and analysis, she helps craft effective policy solutions and coordinates FRC's advocacy on international religious freedom. Arielle's work has appeared in USA Today, RealClearPolitics, National Review, The Federalist, Jerusalem Post, Washington Examiner, The National Interest, The American Conservative, and Townhall. She has conducted a number of media interviews on international religious freedom, and has herself interviewed key advocates and victims of persecution. She holds a master's degree in Government with an emphasis in International Relations from Regent University, as well as a bachelor's degree in Politics and History. 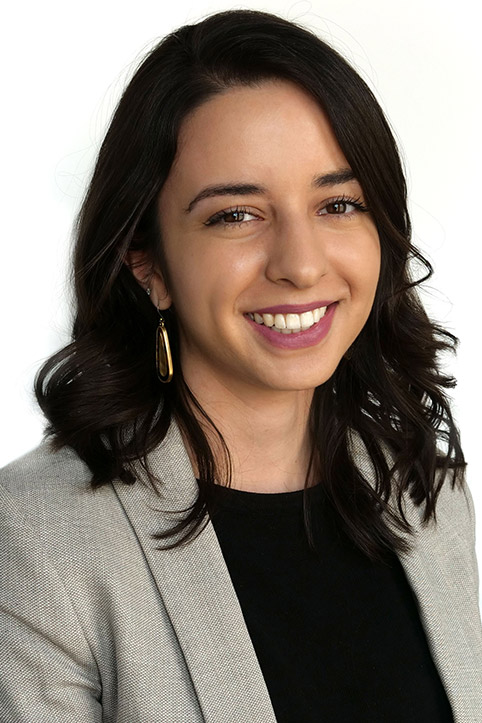 Amid the Push for Faux "Rights," Human Rights Day Reminds Us of What Matters

FRC at the U.N.: Speaking Out on Religious Freedom

Profiles in Courage -- and Cowardice

"Old Friends" or Not, Biden Must Get Tough on Xi

A Chinese House Church Is Under Threat, and the United States Can Help

What Does the Future Hold for the Pro-life Movement in Mexico?

Google's Hypocrisy on Free Speech and Human Rights, at Home and Abroad

Speaking Up for Those Who Can't

The UK Is at a Crossroads of Conscience Concerning Assisted Suicide

Biden Wants Us to Forget about Afghanistan. We Must Not.

IRF 101: Perils for Christians in India

Is Religious Freedom a Matter a National Security?

The Country Where "Missionary" Is a Curse Word

America Failed Afghanistan. Now It Must Stand By Taiwan.

Explainer: What the Taliban Takeover Means for Afghan Believers

5 Ways to Pray for the People of Afghanistan

"They Need a Miracle": Pray for the People of Afghanistan

Let's Avoid the Temptation to Brush Aside Attacks on Canadian Churches

Inside a Chinese Internment Camp

'They Need Our Faith'

In Pakistan, Economic Pressure Can Make a Difference for Persecuted Christians

With the End of Apple Daily, Hong Kong's Freedoms Take Another Blow

How You Can Advance International Religious Freedom: A Guide to Taking Action

As China Crushes Dissent, the Legacy of Tiananmen Square Lives On

California's Persecution of Churches Comes to a Screeching Halt

Population Isn't All That China Loses with Its One-Child Policy

Beijing's War on the Bible

Why International Religious Freedom Is Important to the Work of USAID

On the National Day of Prayer, Let's Pray for Religious Freedom

Religious Freedom is a Matter of Human Dignity

South Korea Should Expand Free Speech on the Peninsula, Not Reduce It

On Thursday's National Day of Prayer, We Should Remember the Words of Abraham Lincoln

American Dollars Should Have No Part In China's Forced Sterilizations

4 Tips for Praying for the Persecuted

Why Is Religious Freedom So Uniquely Important?

Yet Another Christian Teenager in Pakistan is Trapped in a Forced Marriage. It's Time to Act.

Here's How Biden Can Get Tough On China's Muslim Genocide

New Report Confirms China's Genocide. It's Time to Get American Companies Out of Xinjiang.

How the United States Can Address China's Uyghur Genocide

8 Powerful Books That Demonstrate the Importance of Religious Freedom

IRF 101: In Turkey, Authoritarianism and Islamization Are Squeezing Out Christians

America Must Disentangle Itself From China

Now That 'America Is Back,' What Is Our Foreign Policy?

"The Holy Spirit Will Be Working": Despite Persecution, Hong Kong Christians Remain Hopeful

On Holocaust Remembrance Day: We must confront today's antisemitism

When Dealing With North Korea, Human Rights Must Take Priority

In This New Year, Let's Be Attentive To Those Persecuted for Their Faith

The World Should Have No Place for Blasphemy Laws

In America, Churches May Be Closed On Christmas, But In Pakistan, They May Be Bombed

3 Things the U.S. Can Do to End Blasphemy Laws Around the World

In China, Almost Half a Million Souls Are Being Forced to Pick Cotton

3 Alarming Developments for Religious Freedom in China This Year

Amidst Election Uncertainties, the State Department Continues to Press for Human Rights

Standing With France, and Free Speech, After Terror Attack

Please Pray With Us for Persecuted Christians Around the World

China To Christians: We're Rewriting The Bible, And You'll Use It Or Else

The NBA's Airball on Human Rights

The Long Arm of the Chinese Communist Party

Why All Christians Should Care About International Religious Freedom

In North Korea, the Choice to Be a Christian Can Be Fatal

International Religious Freedom: What It Is and Why You Should Care

Make an atrocity determination about China's treatment of Uighurs

USAID Does a World of Good for Religious Freedom

An Open-Air Prison No One Can Escape

Banned from China: The Best Compliment a Senator Can Get

Cruz, Rubio, and Smith Are Banned From China

The U.S. Just Sanctioned the Mastermind Behind the Uyghur Crackdown

China Is About to Clamp Down on Hong Kong

'We Can't Do Anything, No One Does Anything for Us'

Religious persecution is engulfing the world

An American Pastor was Finally Released from India. Hostility to Christians is Still on the Rise.

Pompeo Warns of a 'Great Darkness' over Parts of the World

Chinese Churches Can Reopen... If They Preach Party Doctrine

The End of Hong Kong as We Know It?

A "Blasphemous" Text Put a Pakistani Couple on Death Row. They're Illiterate.

One Christian Family's Story of Unending Persecution in India

For its Most Filthy and Dangerous Jobs, Pakistan Prefers Christians

National Day of Prayer: Remembering Those Suffering Worldwide for Their Faith

Christians Met in a Private Chinese Home. Dozens of Officers Shut it Down.

How to Learn More About the Plight of North Koreans

USCIRF is Right to Call Out India's Religious Freedom Violations

How You Can Pray for North Korea and its Persecuted Christians

What's Next for North Korea's Christians?

Why We Remember the Armenian Genocide

COVID-19 Poses Yet Another Grave Threat to North Korea's Christians

The Pandemic and the Persecuted

This Easter, Christians Worldwide Are Fighting Not Just COVID-19 But Persecution Too

Coronavirus, Iran, and the Persecuted Church

Wave Of Violence Should Prompt U.S. To Urge Religious Freedom In India

The Atrocity of Forced Marriage in Pakistan

Remembering the Holocaust Amid Rising Anti-Semitism

The Rising Tide of Anti-Semitism Can't Be Ignored

Entering the New Year, Religious Minorities Across the Globe Face an Uncertain Future

For Some Christians Around the World, Celebrating Christmas is Dangerous

When Expressing Your Religious Beliefs Is a Crime

Why Christians must care about the international persecuted church

Turkey Is Accused of War Crimes in Syria. Here Are Three Questions Trump Should Ask Erdogan.

When Erdogan Visits the U.S., He Has Some Explaining to Do

Religious Freedom Is at Stake in Hong Kong. We Must Not Look the Other Way.

The State Department's Ministerial on Religious Freedom is Over. Now What?

The US is speaking out on religious persecution, and the world is taking notice

Dilshat Perhat Ataman: A Prisoner of Conscience in China

A Survivor of China's "Re-education" Camps Exposes Atrocities in Xinjiang

China is Trafficking the Organs of Religious Minorities

China Continues to Oppress the Uyghurs. Our Trade Talks Can Be a Platform for Change.

Will Asia Bibi Be Forgotten?

Alfie Evans and the Continued Influence of the Eugenics Movement